.44 Magnum has power and the Dirty Harry cool factor, but you probably don’t need one in the outdoors 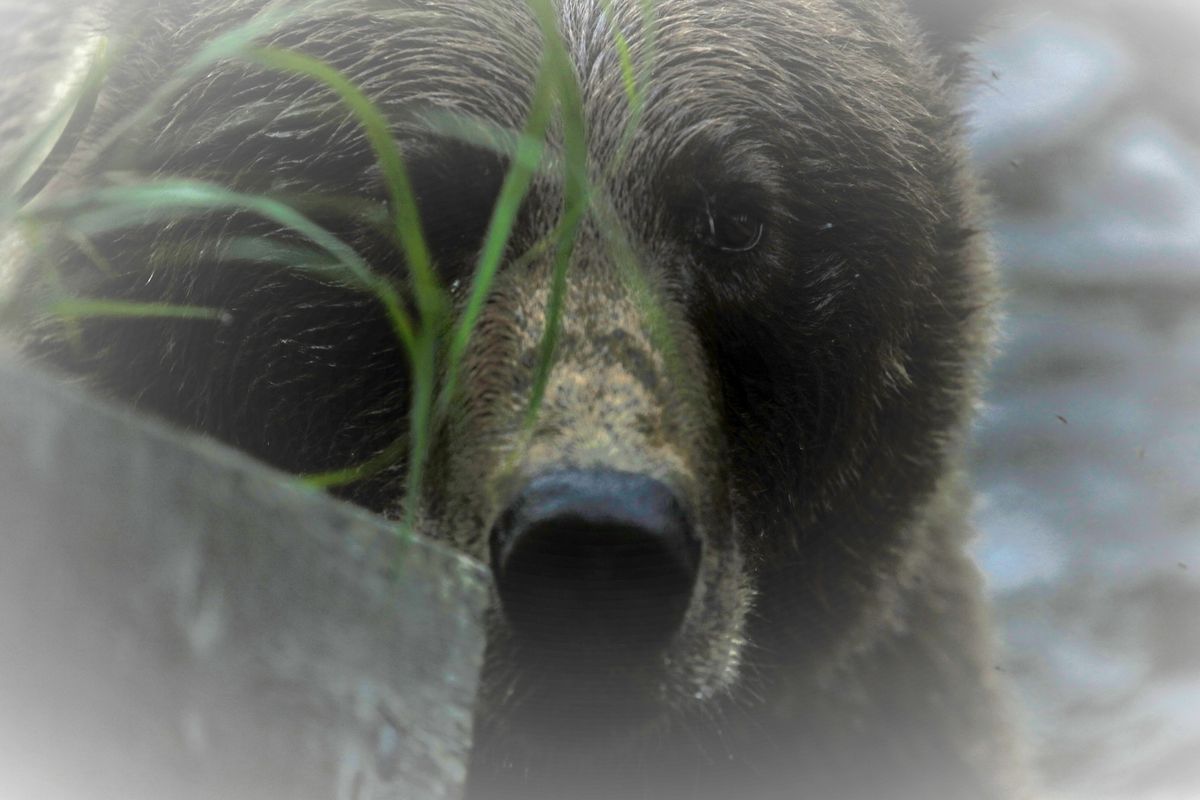 A grizzly bear spotted in August 2017 in the Kenai Mountains. (Photo by Steve Meyer)

A grizzly bear spotted in August 2017 in the Kenai Mountains. (Photo by Steve Meyer)

“Being that this is a .44 Magnum, the most powerful handgun in the world …” I didn’t finish the line from the 1970s movie, “Dirty Harry,” which put the .44 Magnum on the map. My hunting buddy’s laughter as he said, “I don’t think he cares,” had me laughing at myself.

We weren’t hunting at the time, just out scouting for moose before the season. The seismic trail we followed was lined with thick brush on either side and the brown bear, whom I was speaking to, had stepped onto the trail maybe 30 yards ahead of us.

When I first arrived in Alaska in 1971, the general consensus of outdoor folks dictated that one must carry a powerful handgun at all times lest you be consumed by the bears that lay in wait in every alder patch, ready to make a meal of anyone who happened by.

The first of such handguns for me was a short-barreled Ruger Blackhawk in .41 Magnum. About the only place I didn’t carry that gun was to school or work. I may have slept with it on occasion. But it wasn’t a .44, and since I was working and had few expenses, I had to have one.

The .44 Magnum came to the American shooting public in the mid-1950s, thanks to the efforts of an old Idaho cowpuncher named Elmer Keith. Keith was a big-bore aficionado who wasn’t satisfied with the anemic power of the .44 Special and the .45 Colt. He was also persuasive, and he managed to get Ruger and Smith & Wesson to build guns for the new cartridge while Remington supplied the ammunition.

The .44 Magnum achieved some modest success in its early years. Few needed such a powerful handgun, and even fewer could shoot the hard-kicking handguns well enough to be useful. Then came Dirty Harry.

The movie proved to be a classic example of the influence of motion pictures on viewers. In the mid-1970s, it was almost impossible to find a Smith & Wesson M29 in .44 Magnum, the Dirty Harry gun. If you could find one, the price was inflated and beyond what my modest salary could afford.

Ruger’s offering in .44 at the time was the Super Blackhawk. It was a bit easier to find and the price was within my reach. Even so, after ordering one, it was months of waiting.

When my new gun showed up, Dad was away working and I hounded my mother until she gave in and signed for it. That started a love affair with the .44 Magnum during which I bought and sold more of them than I can count over the years.

I carried that first .44 everywhere, waiting for the opportunity to prevent becoming a greased pile of dung emitted from the bowels of a bear. By that time, my Alaska experience had revealed that all those bears lurking in the bushes were, for the most part, an example of outdoors writers’ embellishments.

Aside from the occasional sighting of a bear running across the road or foraging in a distant meadow or on a mountain slope, their presence was ghost-like. It would be two years after I purchased that first .44 before encountering the bear that gave me the opportunity to use the Dirty Harry line.

It wasn’t breeding season, there were no cubs and no gut piles or other carrion that the bear might have defended. The bear wasn’t surprised by our presence. In other words, it was just a bear going about his business, which, to our good fortune, he continued to do.

Even so, my hip was burdened by the heavy handgun I wore at all times while in the outdoors, even when hunting with a rifle. It was around 1977-78 that my buddy and I hiked deep into the mountains on a sheep hunt, the .44 an extra weight I still believed worthwhile.

The day we came out without a sheep we got to the parking area where our truck was parked, and the first thing I did was take that damn .44 off and set it on the front tire of the truck. We had driven 50 miles before I remembered where I had left it. Yep, I did that, and by the time we returned, someone had already found the gun and it was gone.

A lot of water has gone under the bridge since those early days in Alaska, and a lot of experience gained with bears while hunting or wandering the country. It turns out the titillation we humans seem to enjoy from the perceived dangers from wild animals is often a product of overactive imaginations, perceptions fueled by stories that have been retold and embellished, making the incidence of bear attacks seem a constant threat.

There are a handful of people killed by bears across North America each year. More survive attacks and aggressive encounters, but those are also rare. There was a time when I considered bear spray as a laughable defense for bears. It turns out, it has proved rather effective and many of the millions of people who enjoy outdoor activity in bear country carry it with confidence.

More to the point, most bear conflicts are avoidable. Without space to properly discuss avoidance, it’s fairly simple. Don’t threaten their food, their young or their territory, and don’t surprise them. There are the rare outliers such as those (most often black bears) that attack with no provocation and are near impossible to protect against, gun or not — sort of like drunk drivers who cross the center line out of nowhere.

Unless I’m hunting, it isn’t often that I carry a gun for bears these days (this is not advice — it’s just my way). It’s more a matter of situation and circumstance. If penetrating bear territory such as a brush-choked salmon stream, where one cannot see far and can hear nothing, I’ll carry a short-barreled, big-bore rifle.

There was a time when folks would ask my opinion for a bear handgun, and I would vomit out a litany of gun jargon with delight. Nowadays I’ll ask them what they carry for people. Most give a blank stare.

If given a choice, protection against bears or people, I’ll play the odds with bears almost every time — some food for thought for those considering strapping a .44 Magnum to their hip for a stroll in the backcountry.