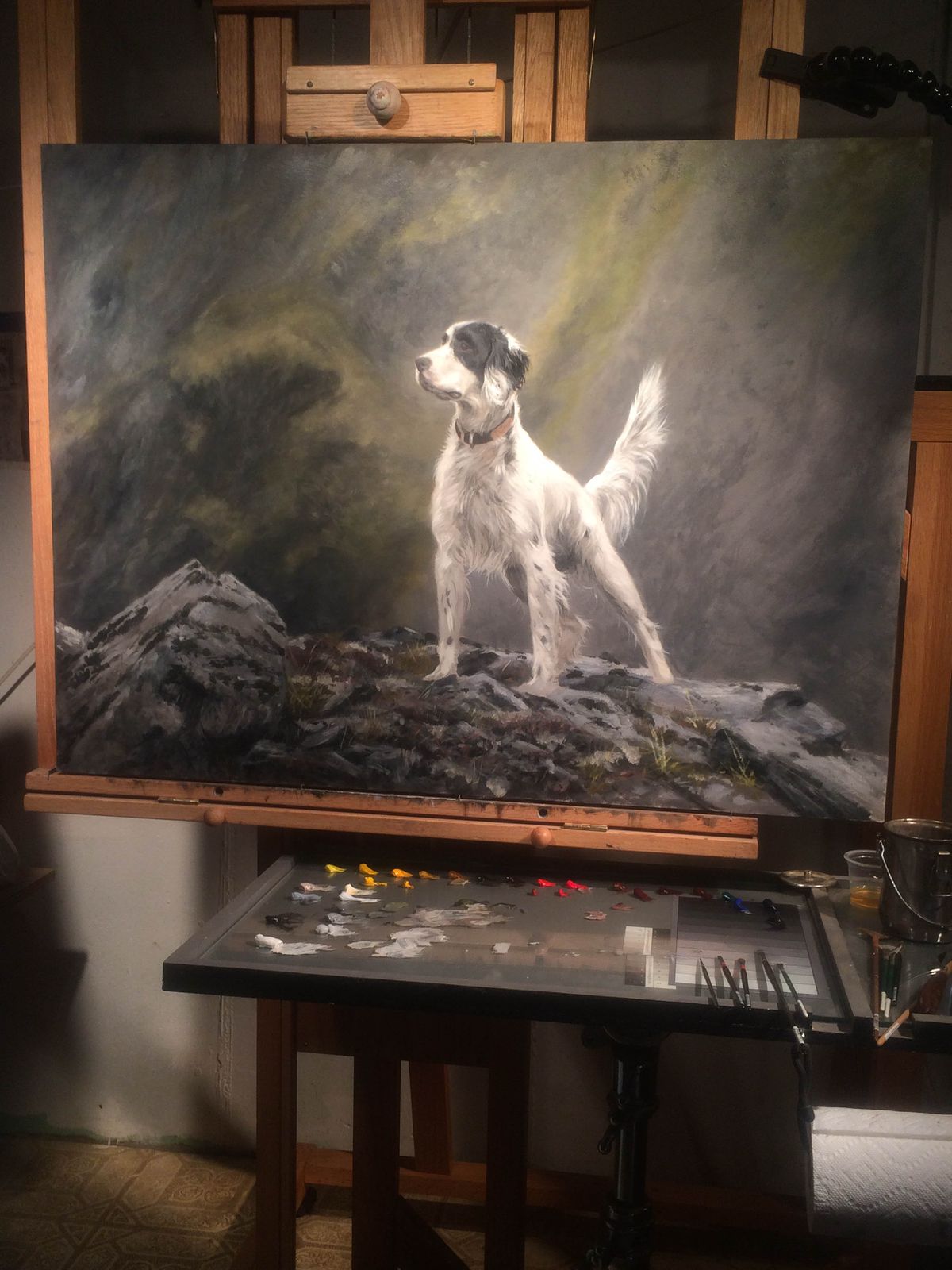 Lacking three wishes, the next best way to always have Winchester with us. (Photo by Bob Bertram)

Lacking three wishes, the next best way to always have Winchester with us. (Photo by Bob Bertram)

“If you had three wishes; what would they be?” Christine asked one evening a few days ago. Thinking for a few seconds, I replied, “That Winchester could always be with us.”

The question and my first response left me unable to consider what the other two wishes might be. Christine’s face lit up as she said, “Why did I know that is what you would say?”

If you are a gun dog person, you are fortunate to have some good gun dogs over a lifetime. If you are blessed, you will have a once in a lifetime four-legged hunting partner. Some folks don’t believe that, claiming that another one will come along. I would say to those folks, “that’s because you’ve never had one.”

Thinking back to when the breeder in western North Dakota notified us that the litter we were waiting on had arrived. We were third in line to pick, and I remember there was another male in the litter who had better markings. I would have selected him and missed a partnership that leaves me awestruck at every turn. Bloodline matters and Winchester’s is magnificent, but there is no guarantee what any dog will turn out to be.

As a puppy, Winchester was, as they all are, adorable. That was where his similarity to other puppies I had been around my entire life, ended. He would not allow cuddling, and he wouldn’t lay in your lap and sleep. He didn’t chew things, wouldn’t take treats, and only ate what he needed. He didn’t like his bed and would curl up on the floor somewhere and sleep. One could have mistaken his behavior for depression, except when you opened the door and called him, he came alive, charging out to head for the woods. His life was hunting. Nothing else mattered.

For most of my life, I had wanted an English setter and had read all I could find about them. Nothing I had seen prepared me for this prodigy. I contacted the breeder and described Winchester’s behavior. He said, “Sounds like you got a good one, just don’t let him catch birds.” Catch birds, I thought, he’s nine weeks old, he won’t be catching any birds. About a week later, Winchester was out in the birch woods close to home. He went on point and then started creeping, cat-like into a clump of willows. All of a sudden, he darted forward and a moment later came out with a small bird in his mouth. Dang it.

The breeder had sent instructions not to start training, except for simple obedience, until the dog was two years old. When hunting season rolled around, Winchester was four months old, and I called the breeder for his thoughts on taking him hunting without training. He told me there wasn’t anything I could teach him about bird hunting. “Just take him hunting, don’t interfere, let him work it out. If you let him, in two years your going to have a near finished dog and you won’t have screwed him up trying to teach him something you cannot possibly know better than he does.”

On occasion, we’ll invite someone to hunt with us, and they always ask who trained Winchester. I have to laugh and point at the black and white speck going over the mountain. “You’re looking at him,” I’ll say.

When he turned two, we got some pen raised birds for Winchester to polish his skills in the offseason. A couple of sessions and he knew a put-up job for what it was. I would tell him, “find the birds,” and he would stare at me with his “what, are you trying to insult me” look.

His enthusiasm for the hunt only grew as he got older, but his disposition did not change. Always aloof and well behaved in the house, he wouldn’t tolerate things he didn’t like. If I tried to brush his coat, I would get a bite for the effort. Not hard, just enough to let me know I was taking too much liberty.

When he was a pup, and we thought he needed a bath, Christine had picked him up and put him in the bathtub, thinking that would be a good way to introduce him to the process. It would be many years before he would trust her. He held a serious grudge, and after that, he considered himself number two in the pecking order of the household. He still hates getting wet, but he’ll do it to hunt.

The first sign of his softer side came on a hunt in North Dakota. He came out of an area we had hunted, his setter feathers so crusted in cockleburs that he couldn’t lower his tail. The local vet took him right in, knocked him out and shaved him. A shot to reverse the anesthetic effect found us hunting again in two hours, Winchester seemed no worse for the wear.

That night at the motel, I went out to get something from the truck. When I came back in, Winchester was on the bed, snuggling Christine. It seemed he realized that Christine was in his corner as much as I was.

When the puppies that he made arrived, his disposition deteriorated. It seemed he hated them, growled at them, wanted nothing to do with them. He was only happy when we were hunting.

He continued to run the mountains hard, injuries were part of the deal, and he would rebound quick. And then he didn’t. The fall after turning seven, his eighth season in the mountains, he strained some muscles, and he didn’t bounce back as before. We took him out of the lineup for most of that season. We got him on some supplements, which seemed to help.

The following year, coincident to my turning 60, he was back, but he had lost a step or two. Our champ was getting old. With his drop in intensity, he became more tolerant of his pups, even with Hugo when he screwed up in the field.

One day Christine said to Winchester and me, “You know, the grind you two share was wearing me out, this new way is delightful.” I too had lost a step or two, and it occurred to me that Winchester and I were growing old together.

Winchester leading us into the mountains for all these years has given us the best times of our lives. Christine knew what my wish would be, she is Winchester’s counterpart, a once-in-a-lifetime partner. Her and Winchester know what I think before I do, we are connected in a way that would seem impossible, except we are.

The changes in old age aren’t limited to humans, and the new “old” Winchester now demands to be fussed over and snuggled. It’s pretty cool. How could I not wish for it to last forever?