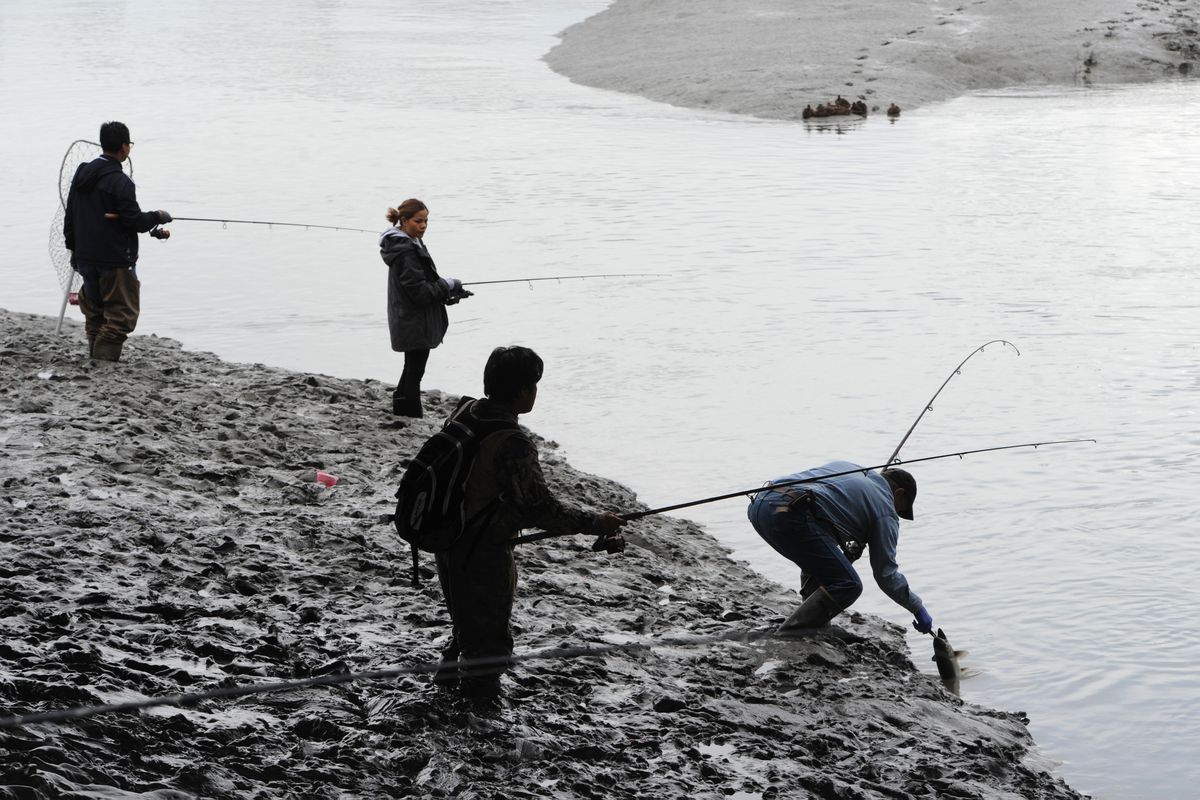 “What, you question my motivations behind this pile of junk that has no resemblance to food?" I said to Cheyenne, the chocolate Labrador retriever who thinks I require her supervision at all times. In confusion she’ll cock her head from side to side as if that will make sense of the nonsensical.

She perched on the opposite end of a kitchen table that Christine detested. Its only redeeming feature in her mind was that it was so hideous she didn’t want to sit at it too long. In any event, after long suffering, we replaced it and it was relegated to the shop.

Rules in the shop are different than the house. We, me and the dogs, believe that some things don’t show their single best purpose until one breaks the rules. We discovered the table was the perfect platform for them to jump on and get hugs from papa at eye level.

Turns out the sprawling surface of the table, uncluttered with reloading equipment, gun vise and the like as the workbenches lining the shop walls are, also provided a nice place for the annual sorting of the tackle.

I’m fairly certain that my tackle habits are not unique. With the best intentions, as my interests in fishing grew, I accumulated numerous tackle boxes, each with a specific purpose. Separate boxes for small spinners, large spinners, small spoons, large spoons, small plugs, large plugs, weights for lake fishing, river fishing, saltwater fishing, all had their own receptacles.

There is sort of a historical significance to what would otherwise appear to be hoarding. The tackle boxes for Kenai River king salmon fishing have evolved with the lure choice of the time. Tee spoons and big Mepps mark the early days. Then spin and glows and corkies with bait hook setups. Hot shot plugs were in the limelight for several years, and then came the Kwik Fish.

I have them all, and none of them has ever been bitten by a Kenai River king. Years of days spent in the attempt, and I never hooked one. Having given up fishing the Kenai during king season, I never will. But at least my tackle boxes suggest I once did fish what once was the greatest king fishing on the planet.

Around 30 years ago I had a strong desire to fish for largemouth bass, to catch one of those big mouths that can inhale a soccer ball. The tackle box that would house bass fishing gear was much larger than the rest. I accumulated all sorts of bass plugs, spinnerbaits, buzzbaits and plastic worms of every color. I would buy all sorts of bass lures and stash them in their individual compartments where they would be ready for the trip south where lunker bass hang out.

Anyway, my rationale for all these tackle boxes specific to species and water was to pack only what I needed to the water and keep everything sorted as the fishing progressed. I imagine most fisherman who read this are chuckling to themselves. Best intentions it seems, don’t always unfold as planned.

What happens, at least for me, is I’ll be fishing and maybe the lure gets tangled in someone else’s discarded line or from a fish that gets away. Well, I’m not taking time to clean up the mess with fishing to be done, and I don’t want to put the tangled mess into my orderly tackle box. So I cut it loose and throw it into the fishing bucket, or the bottom of the boat, or sometimes even a pocket, another mess to unravel later or maybe have surgically removed when you forget the treble hook is in there.

Since my plan wasn’t going well, I took a new tact. I would bring a cheap Tupperware-type container for all of that and I would sort and clean the mess when I got home and restore each item them to its assigned spot.

What happened in actual practice was I would get home, stash the gear and forget about the mess. On the next fishing trip, I would get another container for discards, and if needed, buy a few more lures of the same type that sat at home, waiting to be tended to. During the process, it seems inevitable that you will find other lures that maybe aren’t necessary in the moment, but look promising for something.

That’s the economics of the fishing business, and that’s why every spring I gather up all of these tackle boxes and accumulated gear, with the intent of cleaning up the mess and restoring order.

For a while, rainy spring days lent themselves to the task, and I did a decent job of it. It was a pleasant bit of misery. But, as the accumulation grew and I had no place to spread the mess to sort, it suffered.

This year, I figured the table would change all that, and that’s how Cheyenne found me with some 30-odd tackle boxes and plastic containers strewn across the broad tabletop.

As I was going about the process, I wondered why this never occurs with hunting and shooting gear.

Looking around the shop, everything related to hunting or shooting is orderly, clean and always ready to go. I suppose it is being a hunter and shooter first — that’s where my loyalties, and my time, will always come first.

Cheyenne hung with me during the day-long process. She would go to sleep for a bit, then sit up and criticize for a spell and then go back to sleep, loyal to a fault. The setters had no interest and were out playing in the yard.

The last thing to do, and the most fun, was opening all of the new lures accumulated over the winter and placing them accordingly. When I removed a particularly sexy Flatfish from its cardboard container, the kind with a clear plastic window, I laughed out loud.

“Cheyenne,” I yelled, rousing her from her nap, “what the hell am I supposed to do with this thing?”

Holding it out for her to inspect, the lure had two cross bars across its body, and on each end hung a treble hook. Four treble hooks. I couldn’t conceive of a place where such a thing would be legal and wondered if I was violating some law by mere possession.

No greater proof that lures are built to catch fishermen as much as they are to catch fish, and a terrific end to a day spent at the table.