Swan Lake Fire may have ruined a weekend, but there is relief that it finally happened 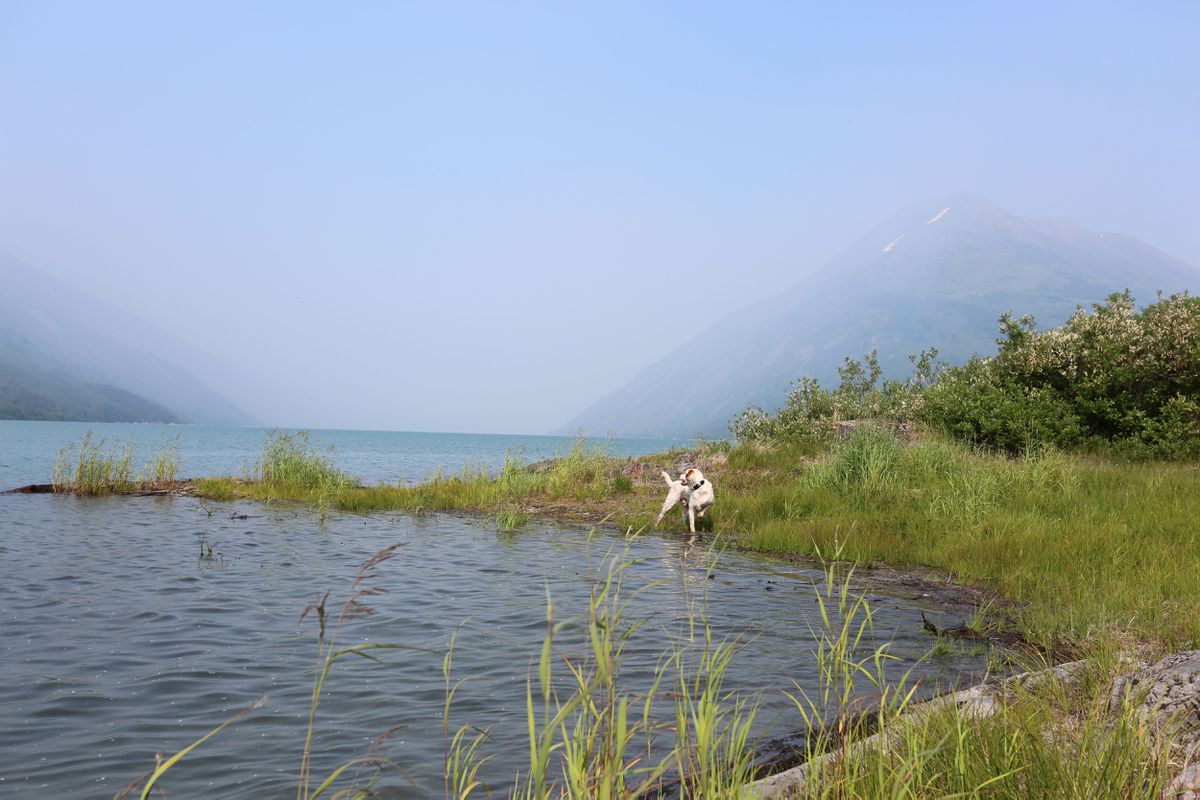 I was loading our small duck boat with camping gear, preparing for an annual trip to a lake nestled in the mountains. Years ago while exploring the lake, Christine and I had come across a small island near the far shore. It was close enough to the bank that identifying it as an island was near-impossible until we came upon it. Few people accessed it, making it a secluded hideaway, a place for a break, even if only for a night.

There are fish in the lake, and the shallow, secluded water invited settling dry flies on the placid waters. A small inlet on the lee side of the island invited the parking of a small boat. When we first stepped ashore, we found a fire pit, free of the usual human-made garbage one often finds in such things.

It had been made from granite found along the shore. It was butted against a massive slab of granite that grew out of the soil and provided a windbreak and heat reflector.

The lake is situated out of the flight line of commercial aircraft, the silence of the place broken only by the gulls that nest on the cliffs on the backside of the island. The shore across the small bay is a wide stretch of beach, where mornings and evenings we would see black bears, moose, coyotes and the occasional lynx using the beach as respite from the dense brush around the lake.

It’s one of those places that when you sit in the silence of the night around a campfire, you fret a bit about intruding at all. A place that demands infrequent use, lest your presence change it. So as not to deprive others of finding it themselves, I’ll neglect saying where it is.

There are some trees, a few mature spruce and birch as well as alder brush, but little in the way of burnable firewood. We always take firewood for the night and it wasn’t until I was loading a bundle of split spruce into the boat that it occurred to me that a burn ban was in place.

“Never mind the island,” I said to Christine when I called to tell her.

For us, camping without a fire is about as pointless as hunting upland birds without a setter. It just isn’t done.

It seems not everyone would agree. Years ago, a friend and I were planning a moose hunt that would include camping for a week or so. I mentioned that I would bring a hand ax and a wood saw for the firewood. He then revealed he didn’t have campfires on hunting trips.

He allowed that he was going to hunt, not sit around a fire, and that campfires scare away game. Up to that point I thought he was — except for a preoccupation with his fingers and his nostrils — normal. Rather than argue the point that we couldn’t hunt in the dark, or that I would be more concerned that the foul air escaping from a tent first thing in the morning would scare more game then the naturally occurring smell of wood smoke, I suggested he find another partner.

My life experience in the outdoors leaves me knowing the rejuvenating, soul-soothing wonders of a simple campfire. That the fire may also preserve one’s life is a constant comfort.

Some years back, Christine and I were on a remote float trip. For two days, a series of events had left us and all that we owned soaked. With no end of the choke-a-toad level of rainfall in sight, it demanded that one way or another, we would have a fire.

Constructing a lean-to from a nylon tarp, we started the arduous task of procuring dry wood from the rain-soaked brush. It took a couple of hours to scrounge up wood from the underside of dead logs and other naturally occurring dead sticks and limbs along the river. The effort occupied us and began the rejuvenation process that comes with seeing light at the end of the tunnel.

It took a while to build the pile of coals that would burn less-than-dry wood. Eventually, it became a rather glorious blaze that allowed us to dry some of our clothes and get warm. We didn’t bother going to our tent that night. We sat up nursing the fire all night long and by morning, our spirits were lifted and we were excited to continue the adventure. The restorative qualities of a campfire revealed yet again.

You might infer that we were upset with the Swan Lake Fire that precipitated the burn ban that ruined our plans. No, more like relief that the long-anticipated burn of the northern Kenai Peninsula, after many years of knowing it would happen without knowing when or where it would start, had arrived in sort of a perfect storm, considering all that it could have been.

No reason to be upset over something that is a part of the natural way of things. When you choose to live in country surrounded by millions of acres of remote forest that ultimately becomes tinder, wildfires are the norm. There are dozens of wildfires burning across Alaska as of this writing.

The inconvenience of gagging down smoke for a summer is what it is. We’ve been wandering the mountain valleys of the Peninsula since the fire started, hoping to climb above it, to no avail, until yesterday when we caught a break and climbed above 4,000 feet and had a magnificent, almost prehistoric view of Southcentral Alaska shrouded in smoke.

The fire is part of a wondrous life cycle in a land that retains the wild qualities we embrace, a reminder that no matter how important we like to think we are, nature will have the final say.

A quote attributed to noted fire scientist E.V. Komarek says it well: “The earth, born in fire, baptized by lightning, since before life’s beginning has been and is, a fire planet.”