Big decisions when packing for the big hunt: Is 3 ounces of deodorant worth the weight? 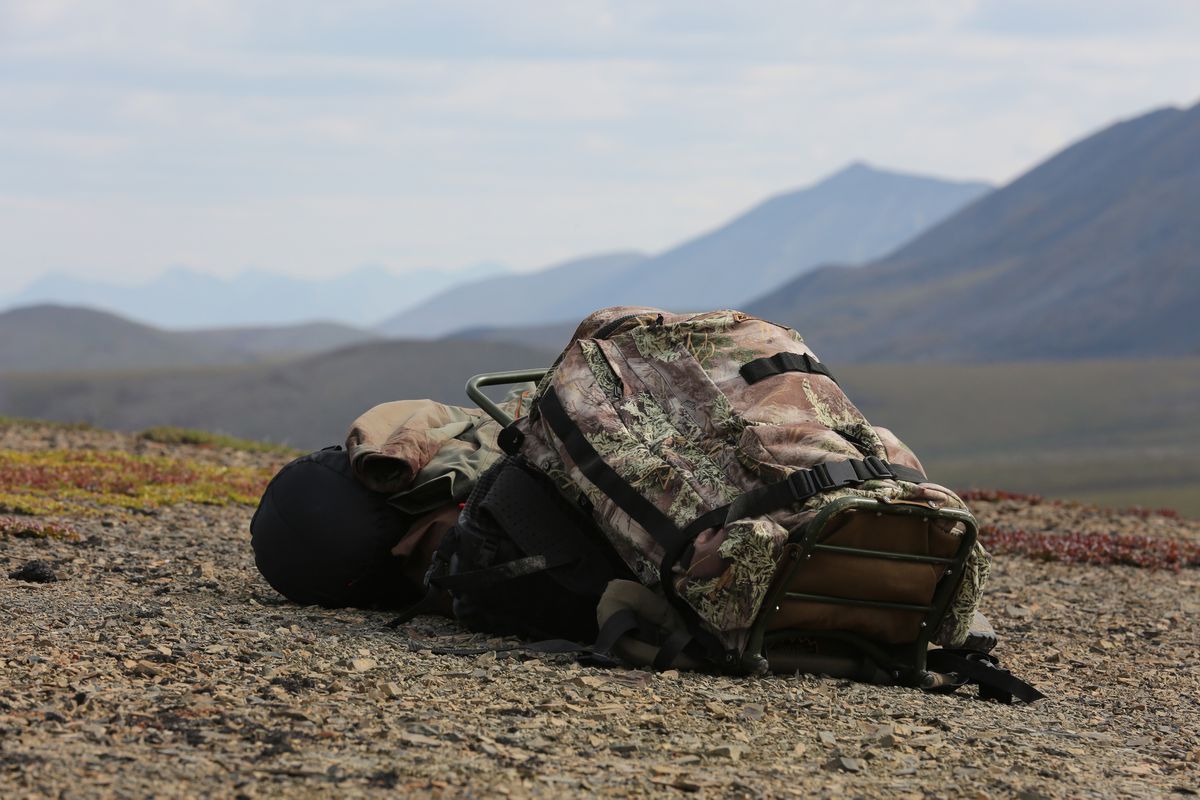 I had never thought of using pillowcases for game bags, but it was the sort of thing I hoped to learn by joining three new friends I hadn’t hunted with before on a caribou hunt. And, perhaps because eight dogs live at my house and enjoy lots of pillows, it had never occurred to me to use pillowcases for game meat.

“Some people use the same pillowcases they use for meat as the ones on their beds!” one of the friends wrote in an email to the group. That’s when it occurred to me that she meant new, clean pillowcases — what a relief!

A single quarter-game bag costs about $15.99 and measures about the same as a king-size pillowcase, which costs quite a bit less. The bedding would not have a drawstring, but that could be remedied with parachute cord.

If I didn’t already have a supply of synthetic game bags, the idea of using what you already have or what is inexpensive and effective appealed to me. My ingenuity was lacking, even if I knew a good idea when I heard one.

I spread out my gear on the sunny deck next to my pack and a scale. Since this was my first hunting trip without Steve, he watched with curiosity as I pondered what things to take. Usually, he puts together our basic gear, and we divide the items into our packs.

He raised an eyebrow at the new stove system I had purchased. According to him, he used a “regular stove.” I pointed out the features of mine. It didn’t just boil water; it boiled it faster. It was lighter — by a moose hair — than his stove, and it had an ignite button, a stable base and a water temperature indicator. I liked this last feature even though it reminded me of the beer cans that have the mountain that turns blue when the beer reaches optimal drinking temperature.

Steve was right. You don’t really need a flashy indicator — a watched pot will still boil.

A few months ago, we had to pick out a new refrigerator for the house. True to his nature, Steve liked the smallest and most basic model on the showroom floor. It was also the least expensive. As we waited for our new fridge, I marveled at one with a built-in computer and monitor. The salesperson mentioned that it was a smart fridge, and I could enter the expiration dates of my food, and the fridge would generate a shopping list for me.

Steve had a disgusted look on his face. Instead of marveling at technology, he shook his head. “That’s ridiculous,” he said.

Apparently, I thought, he does not like smart appliances. Maybe he was going to be one of those guys who goes back to a flip phone. It surprises me where people fall on the technology spectrum. If you’re going to “go back,” how far back do you go?

There’s a balancing act when it comes to finding the right amount of technology to use. Steve has found, over a lifetime, what best meets his needs based on how he was raised and his experience. As long as he has been my hunting partner, I’ve been lucky to learn his ways and have only begun to realize I have not yet found my own.

I could use Steve’s ultra-basic and economical camp stove, but I had to weigh out my comfort level.

When I got on the scale, my pack was too heavy for the miles, elevation and days ahead of me. Where would I draw the line? My thought process reminded me of the catchphrase, “Does it spark joy?” A friend had shared Marie Kondo’s method of decluttering the house in which you hold an item and ask if it sparks joy. If the answer isn’t yes, you get rid of it, or so the advice goes.

I alone had to pack each item and be comfortable with its value being worth its weight. I held up the apple — a controversial item in the “maybe” pile. Part of me wanted to ask Steve, “Is an apple or two worth the weight?” and part of me already knew the answer. He would not pack apples, and he could not answer that question for me.

He probably wouldn’t take the sleeping pad either. “Spruce boughs make the best sleeping pad,” he once said. Yet, I had my lightweight cushion in the “definitely take” pile.

As I replaced the apples with dried fruit, I thought about Maslow’s hierarchy of needs, often shown as a pyramid with the most basic human needs — food and shelter — at the bottom and the realization of one’s full potential at the top. It appeared that several of my items spoke to another of Maslow’s terms: “metamotivation,” or the desire to go beyond the scope of basic needs — bigger, better, faster, more.

Not just a stove, but a smart stove.

The only reason for packing deodorant, according to Maslow, might be “social belonging.” Was it worth 3 ounces to smell great and feel good? It’s been said that, before the last century, no one used deodorant. They still had friends. They still had joy.

It took me an afternoon to decide which items to take. My new hunting partners also each had a list, carefully discerned and shared, none of them the same. Some of us brought sunscreen, hiking poles and bear spray. Some did not.

I wasn’t particularly proud of my list, which placed coffee above love and belonging, but at some point, self-actualization isn’t about a pile of gear or the ideas you have as you go into the country. It’s about stepping “forward into growth,” while assuring that your pack will not pull you backward.

Christine Cunningham is a lifelong Alaskan and an avid hunter. She lives in Kenai.