Denali Highway is in great shape, and caribou are there for the taking 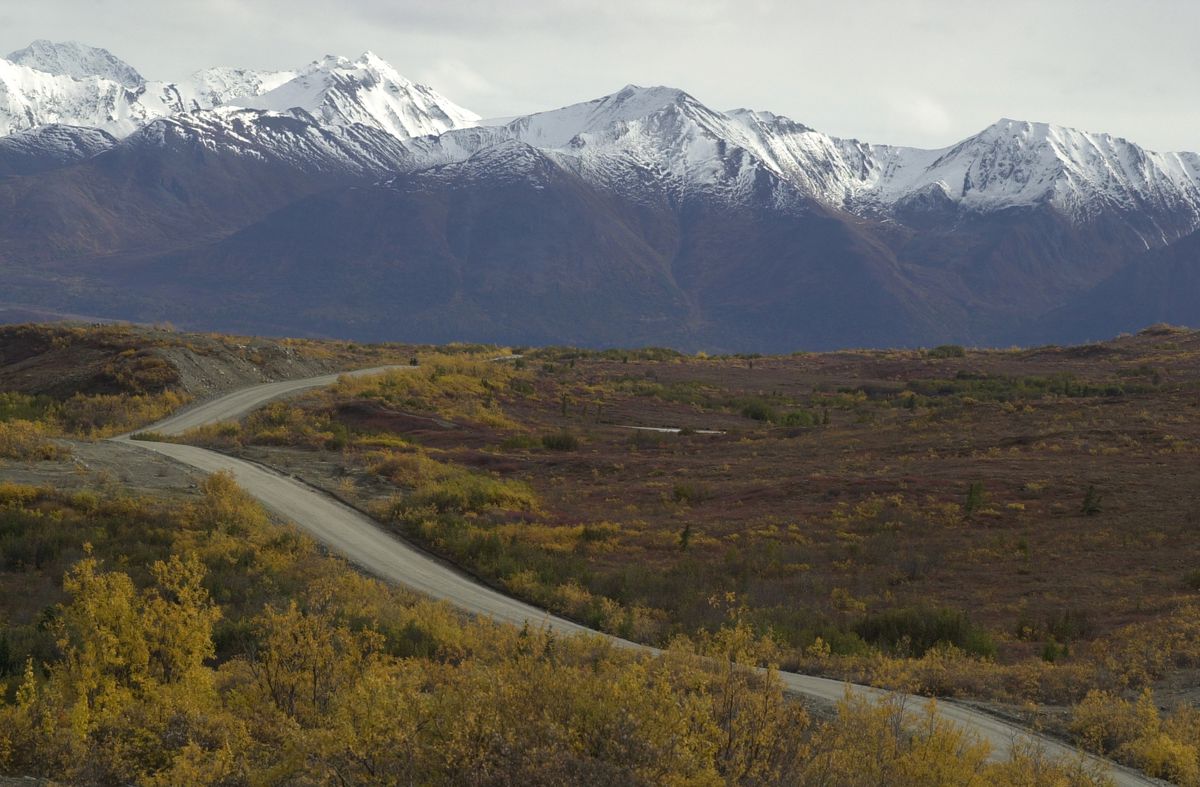 There are fewer people in the woods these days. I thought it might just be my own faulty perceptions, but I am now convinced otherwise.

At the end of August a friend and I just made a run down the Clear Delta River, the Wild and Scenic River out of Tangle Lakes. We had it completely to ourselves, other than an old white-haired dude camped by a decent grayling hole four miles down from the campground.

Anyone you talk to will tell you it was a hot and dry summer, and that contributes to the dearth of canoeists.

Normally there are several groups of canoes on Upper Tangle Lakes. The Delta below Tangle was as low as I have seen it in my 50 years in the area.

My poor fiberglass canoe was leaking good by the end of the trip. This was a spur-of-the-moment trip so there was no repair kit in the canoe. We had to eat some food just to get a container to bail with. We had leaks large enough to let water bugs in.

The river below the outlet of Long Tangle Lake was push and shove. Below the portage trail we lined down for a quarter-mile or better because of the lack of water.

No Good Creek and Garret Creek were almost dry, so there wasn't much help from the south side of the river. Fortunately Eureka Creek had a fair flow of glacier melt and we were able to scoot the last eight miles.

There were lots of grayling all of the way down, and fishing should remain excellent through mid-September.

There haven’t been many travelers down the Delta this summer. The last to sign the guest book at the portage trail was August 13. Not everyone signs, I realize, but there were no fresh tracks across the trail, nor were there vehicle tracks at the take-out.

The rest of the Denali Highway isn’t much different. The Tangle Campground had almost no one there until the evening of Aug. 29. Usually it is full. There were two rigs at Osar trail earlier in the week, neither with an ATV, but that changed when the Labor Day crowd began to arrive.

Those who want caribou will have little trouble filling a tag. There are caribou west of the Maclaren along the Denali Highway, and there are also a few on the north side of the road from Tangle Lakes west. The south side and Upper Tangle Lakes are still pretty barren.

Moose are relatively scarce along the Denali, as is almost always the case. But on a recent three-day stretch, I saw at least one bull every day. Four different moose, all legal as of Sept. 1.

Grayling were hanging in the creeks way longer than normal, and warm, low water is the likely culprit. The Denali had almost zero rain during June and July. I have been hiking in knee boots, but most days tennis shoes would have sufficed. The lakes are full of weeds, especially Tangle Lakes, so trout fishing will be tough.

There were fair ptarmigan numbers, though they seem quite scattered. There were a couple flocks spotted on our Delta float, though I've seen few along the highway. Ducks were concentrated in the shallow lakes and it appeared to be an excellent recruitment. There were high numbers of teal and widgeon. Pintails and mallards were also common.

All of the young are flying. They are spooky because of low water and an extremely high numbers of raptors, so not much pot-shooting for those who like to save money on shells.

The hot, dry weather wreaked havoc on the blueberry crop. There were a few decent patches in areas that held some rain clouds, but there have been hard frosts the past couple of weeks and the few berries available are soft.

For those of you traveling to the Denali country this hunting season, take care of your campfires. The tundra is tinder dry. We don’t need a fire in this area. The highway is in its best shape in years -- no rain equals no potholes – but that does not mean no flat tires. Take care, hunt respectfully, and we’ll see you.