As we brace for another unpredictable winter, we focus on the enduring joys of Alaska 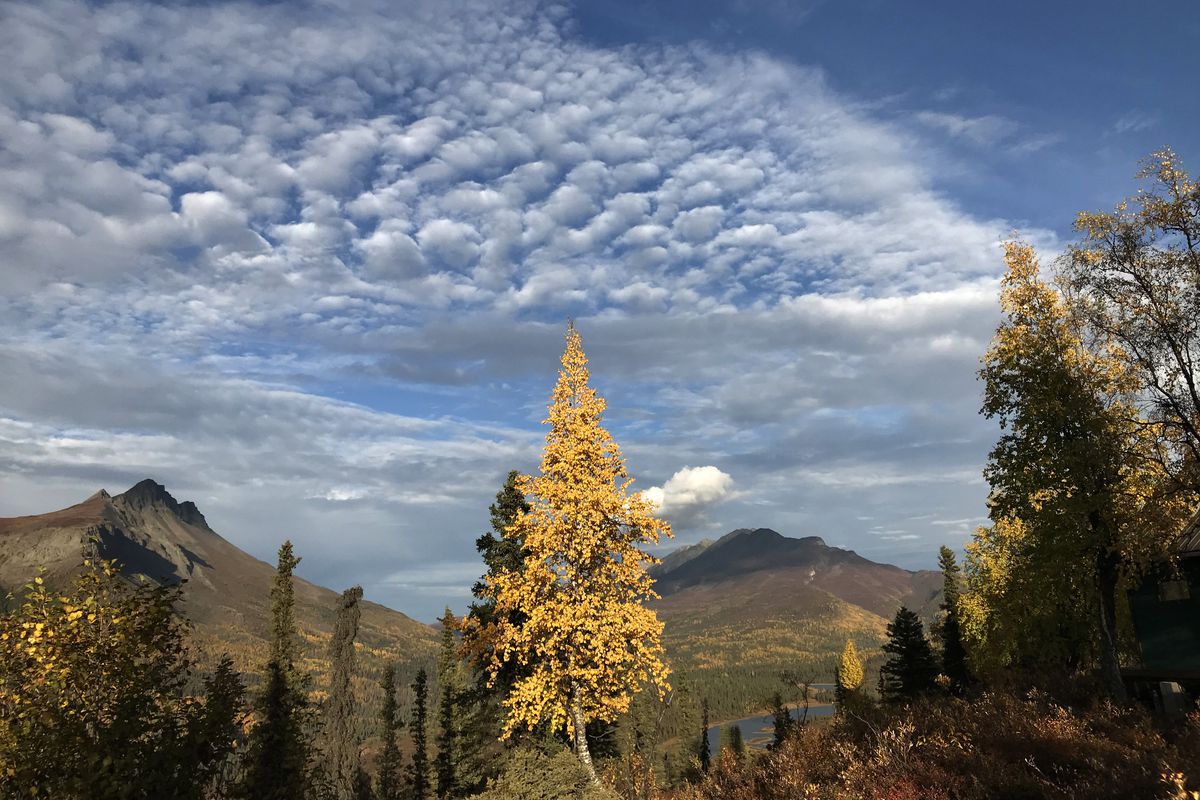 Several years ago my husband and I pulled out a series of maps to try to figure out what region in the United States would be least impacted by climate change.

It was in the middle of one of those awful, nearly snowless Alaska winters we all try to forget about. We took our sorry selves running on spiked cleats on the streets of Anchorage, all the while resenting the 40-degree temperatures, the overcast skies and the four hours of daylight. It’s winter in Alaska, we thought. It should be snowy. Yet here we are living the reality of Alaska warming at twice the rate of places in the Lower 48 — and not only is it scary, it’s depressing.

We thought about our options.

The conversation came to a screeching halt when somehow our research unearthed South Dakota as the place least impacted by climate change. At that point, it was the only state President Obama had never visited. Its claim to fame was Mount Rushmore. Sure, the Badlands and Black Hills look pretty cool. But then again — even though I love me a good underdog — it was still South Dakota.

We puzzled over our findings and eventually concluded perhaps South Dakota had the least climate data, which is why it was supposedly least impacted.

Then it snowed again, or maybe the sun came out, and like anyone who just wants to reinforce their own happiness, we dropped the whole “moving” thing.

Since then, life in Alaska has only become more of an emotional roller coaster through the sometimes on-point, sometimes eerie seasons. We are hanging on for the ride. We appreciate the highs and grit our teeth through the lows.

This year it’s a relief that it is finally fall, and not just because (as anyone within a 50-foot radius of me will attest) it’s my favorite season. The weather finally cooled down and the trees are more than just a sickly, dead tan after an arid summer. Enough are popping fluttery, bright, aspen yellows that I can forget for a minute those heartbreaking browns of August.

For the communities lucky enough to experience only the byproduct of the fires that raged in Southcentral Alaska, it’s easy enough to sweep those weeks aside in memory. I spent several weeks indoors and signed up for a gym due to my respiratory issues that are exacerbated by smoke. But I’m all too happy to forget about that.

For those still dealing with the fires and their aftermath, this is a major life change. For all of us in this region, this is likely a new normal as the summers get hotter and drier.

I have a really hard time emotionally accepting this. I am one of those strange humans who love Alaska in part for the cool summers, enjoying the mid-July warmth that still has a tinge of glacier in the air to remind us where we are. Even though I enjoyed many days this summer wandering around in a bathing suit or rolling around in shorts and a tank top on my bike like I live in the Midwest, overall it feels unsettling to me. I accept it because I care about my own sanity and ability to enjoy the moments that comprise my life. But bigger picture, I am unnerved by what is happening.

So, I try to just look two feet ahead of me, focusing on what’s happening right now and not thinking about next summer, or the summer after that.

I’m not sure what all of this adds up to in my life. I’m definitely not ready to pack up shop and move. I love Alaska fiercely. I care about being a part of what happens here, and of course I’ve become spoiled by the amazing outdoor opportunities that keep me sane and grounded.

So far, my balance is in appreciating small things and living day by day, while simultaneously speaking up for the bigger picture of our state and world. It’s an odd emotional balance, experiencing joy while also fighting for what I believe in. But this is how my life adds up to something that feels meaningful to me: In the moment I love the experiences I’m afforded by living in Alaska. But I still force myself to take the longer view in advocating for its future.