Why own a collection of guns? The reasons are many. 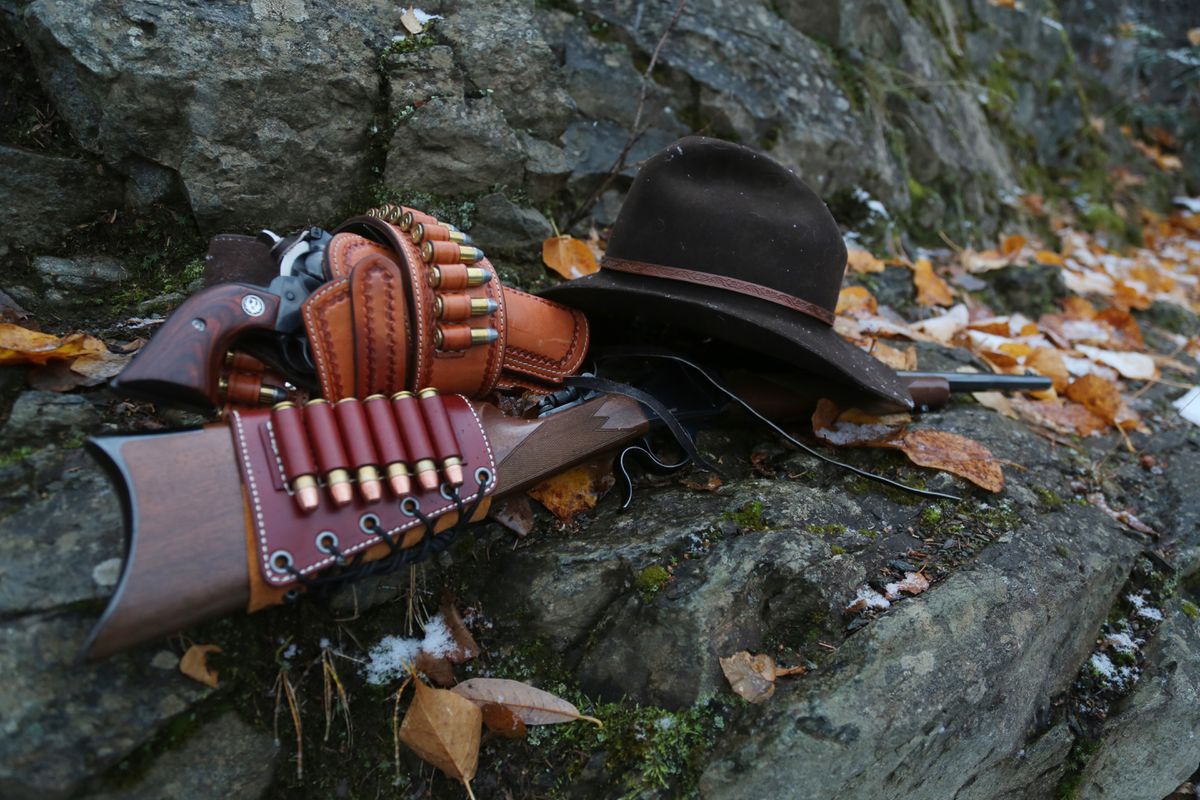 Love for the Old West and the 1800s, not need, bring these designs from that era to the gun safe. (Photo by Steve Meyer)

Love for the Old West and the 1800s, not need, bring these designs from that era to the gun safe. (Photo by Steve Meyer)

I punched in the combination and swung the door of the big gun safe open for Christine to get her rifle out. I turned around to explain something to Claire, the BBC environmental correspondent who had come to Alaska to go on a bear hunt with Christine and I. She was standing there with her hand covering her mouth, with a shocked and slightly amused look.

“What,” I asked. Pulling her hand away from her face, she changed her look to relief as she said with a laugh, “I’m sorry, I’ve never seen anything like that; is that normal?” “Is what normal?” I asked. “All those guns; why would anyone need all those guns. Wouldn’t one or two be enough?”

I asked her, “Do you know people who are avid cooks?” “Sure, lots of them.” “They use one or two pans?” “Well that’s different.”

“Not so much,” I said. “In most any pursuit of a skill, or lifestyle someone loves, one finds themselves amassing all sorts of things, some they need, most they don’t, but they provide an undeniable pleasure in having them.”

That was a couple of years ago, and the memory surfaced when I bought a gun magazine the other day. It is a rare occasion for me. I have grown weary of articles and advertisements that prepare the hunter to “go to battle” with the game they pursue, and if you just buy one of these, you, too, can be a badass.

I gotta say, anyone who thinks shooting an animal makes them a badass is, among other things, fuel for anti-hunting sentiment.

I wasn’t surprised when I read the article that had prompted the purchase of the magazine, which ranked the best to worst states to be a gun owner. It was not surprising that most states on both coasts were ranked as undesirable places for gun owners. One state east of the Mississippi, Kentucky, made the top 10 of the best.

It was a bit surprising that Alaska ranked as third best, behind Idaho and Arizona. The magazine rated the states by existing and proposed gun laws, concealed carry, access to “black” guns, the ability for shooters to own firearms and accessories regulated by the 1934 National Firearms Act, the Castle Doctrine (use of force), and miscellaneous issues.

Where Alaska fell off slightly from Idaho and Arizona was the “miscellaneous” category that, in part, considered access to competitive shooting events. Alaska received the highest marks in all other categories.

A 2015 study by the journal Injury Prevention found Alaska ranking number one per capita for firearms ownership. The study showed 61.7% of Alaskans owned firearms.

Given the Alaskan propensity to tell folks who ask those kinds of questions to mind their own business, that number may be low. Many Alaskans won’t participate in the census; why does the government need to know how many toilets one has in one’s home?

Another interesting study, done by the World Population Review in 2017, found that Wyoming led the nation in the number of guns owned per firearms owner: 229 guns per person. The stunning revelation was that the supposedly gun-hating, politically driven Washington, D.C., came in second, at 68 guns per firearms owner. That made me wonder if congressman Don Young, who is known for his gun collection, had some influence on the number. Alaska ranked at number 15, with 21 guns per firearm owner.

It is not so uplifting that Alaska has the top spot for firearms-related deaths. With Alaska’s longstanding high suicide rate, and the prevalent drugs/crime cultures found in some areas, it isn’t surprising and it has little do with the typical Alaska gun owner.

It would seem that most of us hold guns in high regard for their utilitarian purposes of securing meat and for protection from two- and four-legged creatures. For many, the firearm is a combination of art, beauty, function and recreation. For some a gun may also be a family heirloom. We may have moved past the 1800s, but for many Alaskans, if not most, guns remain a part of everyday life.

For some, the important historical value and contribution of firearms through history is reason enough to have them, whether one shoots them or not. Take an M1 Garand (the rifle of the foot soldier in WWII) to the range and fire it until the en bloc clip pings as it exits the magazine well, the gun empty, and you’ll have an idea what that must have meant to the soldier fighting for his life.

The intrinsic value of firearms may not be obvious to most. In a time when it seems your cellphone is outdated every few months, there is something special about the fact that many of these tools, either designed and built over a hundred years ago or replicas thereof, remain relevant today. What else can you buy, use for a lifetime, and pass it down to your children, still perfectly suited for its purpose, or sell, and get your money back? Nothing comes to mind.

By any reckoning, the safe full of guns that stunned Claire is normal for Alaska. When Claire came to our home to join us on the hunt, fresh from London, Christine and I expected the worst. Our exposure to international media prepared us for the possibility that we would be hated and that the experience could go as badly as things can go.

Our respective life experiences were separated by more than the thousands of miles between our respective homelands. Our values shaped by our upbringing, our traditions, and our environment, were in some cases polar opposite.

So we sat at our dining room table eating smoked salmon, duck pepperoni and cheese, and had a conversation. By the time we migrated to the shop, where the gun safe is, we had a connection with this smart person from the other side of the tracks.

She was stunned by the guns, but the conversation had illustrated to her that we were decent folks whose beliefs may not mirror hers, but that didn’t make us bad or dangerous. She shot Christine’s .300 on the range beside our house, which made her laugh out loud at the absurdity that would represent in her world.

We had a nice time with all those guns in the background. I have to admit it crossed my mind to mention that the reason we have all these guns is the treatment of folks all across the rest of the world, who traded freedom for the perception of security. Instead, I felt grateful for the conversation, the insight into how others think, and for living in a place that still values individual freedom above all else. It reminds me of a saying that if I’ve heard once, I’ve heard Alaskans say thousands of times. “We don’t care how they do it Outside.”