‘Those turkeys were fast,’ and other hunting stories 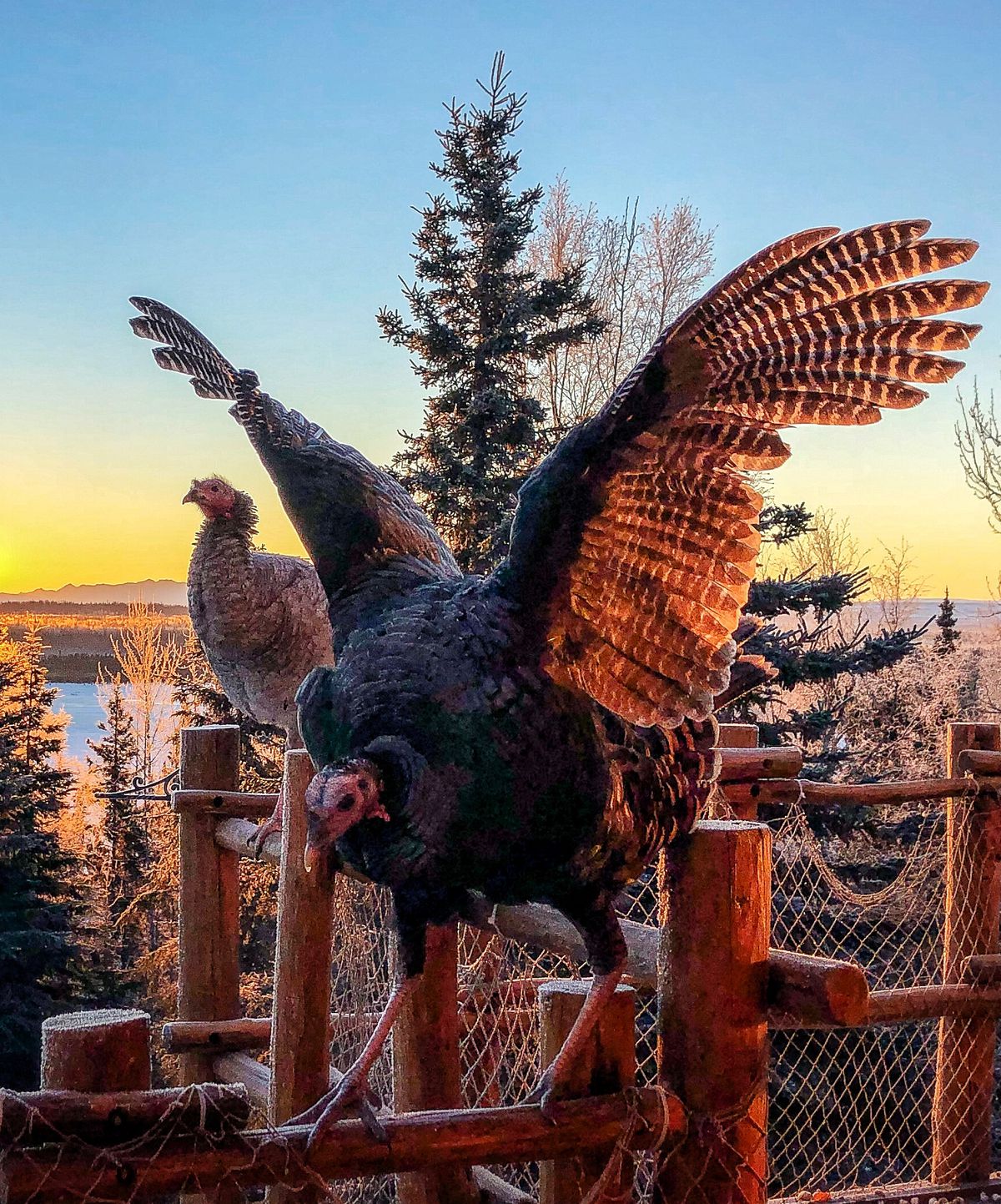 Across the table from me at the busy café, my lunch date sipped her coffee. We talked about modern hunting, and it occurred to me she may not be a hunter.

“Have you ever been hunting?” I asked.

She looked upward and to the right — the place of birds or memories — as she pondered the answer.

As I wondered what “maybe” meant, she gave me the story that may or may not qualify as a hunting experience.

Once, when she was a young military wife, she was living on base and didn’t have a lot of food at home. “We were living on Top Ramen and didn’t have very much money then,” she said. “I was driving through the Walmart parking lot and saw a couple of wild turkeys milling about. I knew I could figure out how to clean a turkey if I could just get one home. So, I swerved and tried to hit one, but those turkeys were fast.”

I spit my coffee out across the table and could not control my laughter. She laughed as well, and I wiped the tears out of my eyes as I looked at the well-dressed and polite young woman across from me.

There was something I found irresistible about her idea of hunting being a poor young mother’s attempt to road-kill a turkey in a Walmart parking lot.

In some ways, a tenuous connection existed between her story and my idea of what it meant to hunt. Another friend had recently described hunting as “a way to replace what is empty and meaningless with something that matters.”

For this friend, gardening and hunting were ways to become immersed in the connection between life and food. The value of what she ate was proportional to the effort she invested. It was possible to live with blinders on and eat commercially packaged and labeled food without knowing the often-long story of how it came to the store. But she had been raised in a hunting family, and although she had given up meat for a time in her life, she felt there was more honesty in selecting a wild animal and knowing firsthand if it was one that allowed itself to be taken.

In a way, Top Ramen vs. wild turkey might fit into the same value judgment. There is nothing romantic in the notion of hitting a turkey with a car. No early morning rise or practice of your turkey call. There is no cold wait at the base of a tree as the sun rises and you ponder your mortality.

Hunting articles are not written about scavenging wild game out of a real need for food, even if it might make sense to reconcile “the honest poacher” with the individual who brings back meat and the experience in culturally appropriate ways.

Another friend was plagued by a pair of turkeys that chose to roost in her yard one winter. She enjoyed the beauty of their wings against the sunrise on her deck many mornings. Yet she also recognized the destruction they caused to her wood and railings. They began to attack her unless her Labrador was nearby, and it became clear that the turkeys could not live forever in her idyllic back yard.

She had named them and could not bear to kill them. Attempts to relocate them had gone awry. Friends came with nets and elaborate traps, but “those turkeys were fast.”

I can’t help but wonder: What do most of us expect from a hunting story? Should we focus only on the heritage of hunting normalized in outdoor magazines? About the encounters that end with hunters posing next to the animal and no more of the story told than that nutshell? Most of us who see the photo know there is more to the story, but we often never learn the actual events.

Do we expect lyrical essays from emerging voices who share a new tradition of hunting that is like a secret love of place and time that bears more resemblance to a journal than a hero’s journey?

I enjoy these stories in which hunters open up about hunting with some trepidation that they, too, will become cliché no matter how true their experience. I love to read about the encounters in the wild that become relationships — a friend “talking” with an American dipper each morning she hunted sheep. Or the fox that followed Steve and me as we hiked into the mountains for deer. The fox became bored and curled up to sleep on the trail.

I enjoy these stories that celebrate our connection to the land, however we may find them. So, I had to laugh when my friend confessed that the closest she had ever come to hunting was nearly an automobile accident. It fell far from my entrenched views of the best way to define a relationship with the environment.

Yet it illustrated the only time she considered killing an animal for food. And we talked about it over coffee. It opened up into a conversation that explored what it is that connects us to the natural world and how to escape the human-made environment that all too often silences us from sharing who we are apart from labels.

Most of us want to replace those empty spaces and fragmented parts of our life with a richer experience and firsthand connection. We want to be better people who defy categorization and reclaim our existence in some way or another.

For me, that’s been a journey that involves hunting and dogs.

I buy my Thanksgiving turkey at the grocery store and don’t know anything about it. I am grateful to be able to afford it and wish I could do more than pay and say a prayer at dinner.

If I had accidentally hit it with my car and cleaned it in my kitchen, perhaps my spirit would be more connected to it, but it is not legal to pick up animals struck by a vehicle in Alaska. My friend would have been required by law to contact the state troopers.