Whether your gift is a rare rifle or a piece of bubble gum, remember: It’s the thought that counts 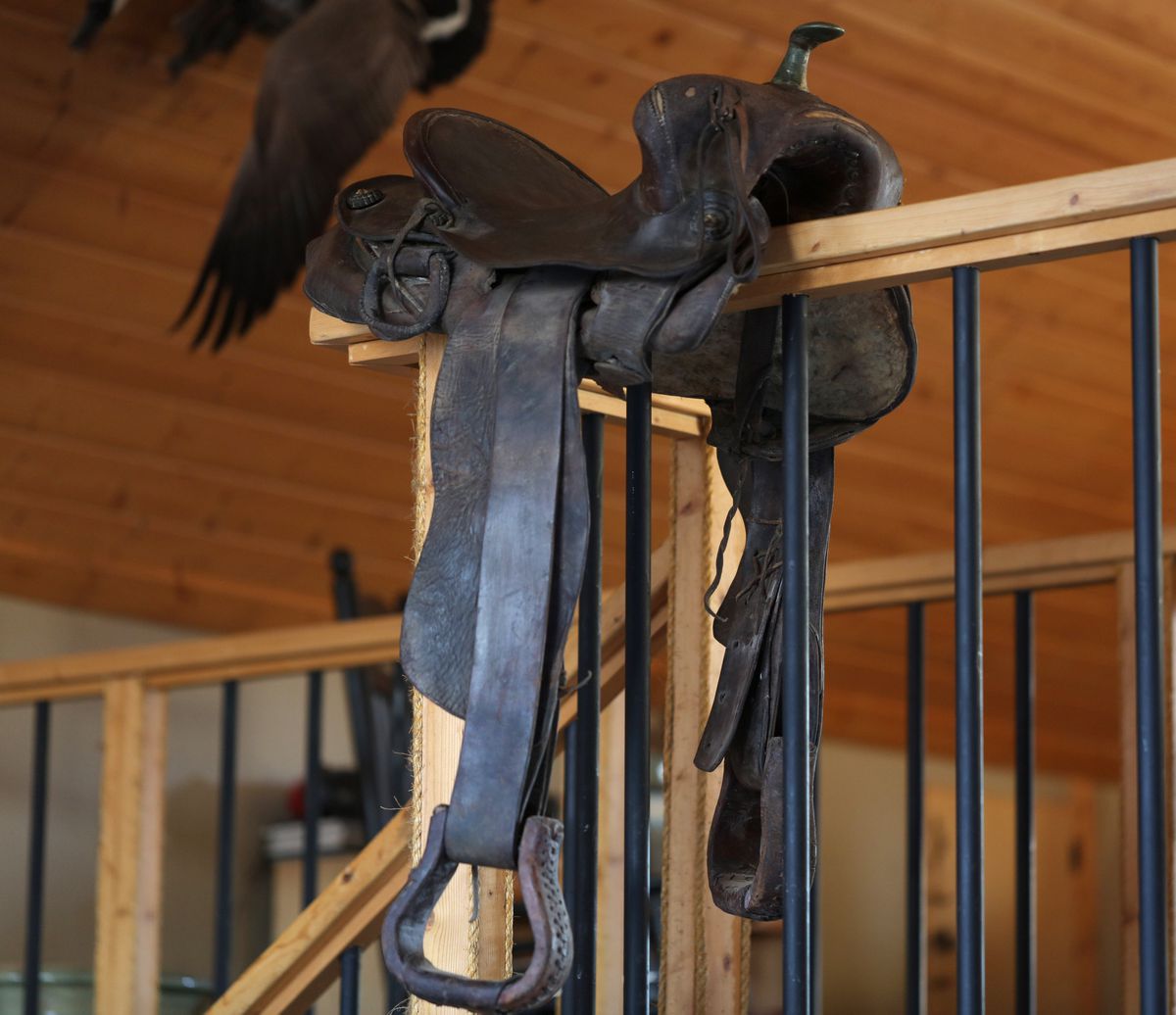 A 125-year-old saddle was just what Steve Meyer wanted, though he didn't know that until he got it. (Photo by Steve Meyer)

A 125-year-old saddle was just what Steve Meyer wanted, though he didn't know that until he got it. (Photo by Steve Meyer)

“What do you want for Christmas?” Christine asked me a while back.

“You’ll have to hurry though, they are built one at a time, and you have to go to Connecticut to pick it up.”

“OK, how about a half-dozen wild horses out of the Pryor Mountains in Wyoming and a couple thousand acres to keep them on?”

Exasperated, she sputtered, “I meant something we could afford and wrap.”

“Oh, so what you mean is whether I want the package of bubble gum to be grape or strawberry. I’ll be having grape.”

Both of us have an aversion to obligatory gift-giving, but we still try to recognize the traditions. I figure I am better at this game. At least I’ll say something; she won’t tell me anything she wants. Left to my own devices, my efforts are at least not as bad as a friend of ours whose husband bought her a gun only to take it hunting without her before she got a chance to use it.

I’ve grown to understand that this gift-giving thing is more about the person giving than receiving. The art of presenting a unique gift to a favored person, who did not know they wanted it until they got it, is a worthy course.

Where I am disadvantaged is that Christine is a magician at coming up with gifts for no reason other than to give them. She knows me like no one ever has and is brilliant and thoughtful when she ferrets out treasures that I never knew I wanted.

One summer day a couple of years ago she called me out to her vehicle and pointed to the large box in the back.

“I think you might like this,” she said with a knowing smile. She is a master of the understatement.

Inside the box was a saddle that had been crafted, according to the records of the brand that was engraved in the leather, sometime between 1870 and 1890. It remains in decent shape, and with some restoration will be serviceable. Who cares about a 125-year-old saddle? I do, and Christine knew what it would mean to me.

Now on the other hand, if your partner is opposed to gift-giving on special occasions, like birthdays, a reasonable person might expect that forgetting the day would not be a capital offense. Not so much. A couple of years ago Christine came home to see me at the stove with a big pile of steaks ready to cook and a small cake with eight candles on it.

“What are you doing?” she wanted to know.

“Winchester’s birthday party,” I told her.

I was a bit confused by the look that followed, one of those reminiscent of the cartoon bull, pawing the ground, steam emitting from its nostrils. Then it occurred to me: I had forgotten to even mention her birthday several weeks earlier. So, I’m just saying, don’t do that.

We’ve been playing the Christmas gift game for a long time. For many years we’ve agreed that we aren’t going to get each other anything, and then we do anyway. But I have the advantage on this one. She’ll get me a gift a couple of weeks before Christmas, and she hides it. Then she starts to fidget, like her skin isn’t fitting quite right, sort of like a wet cat walking around stiff-legged, unsure what to make of itself. Maybe it’s just me, but it’s pretty funny.

When she can’t stand it any longer, like five days before Christmas, she’ll say, “Do you want your Christmas present now?”

“I would rather wait until Christmas.”

She’ll disappear and return moments later and hand me the gift. Doesn’t matter if it’s wrapped; if I won’t unwrap it, she does.

The advantage for me is that if I haven’t gotten her a gift, if I am trying to hold up to the agreement not to, I still have time to get her one, although the compressed shopping period doesn’t lend itself to thoughtful procurement.

Last year when we made the agreement, yet again, we said that this time it was for real, we weren’t going to exchange gifts. As Christmas got close, Christine never looked like the wet cat and I started to wonder.

On Christmas Day, I was out loading our gear for our annual Christmas Day hunt with a couple of the hunting dogs, expecting the entire time to have her burst into the shop and spring a gift on me. It didn’t happen. After some 16 years, she kept to the agreement.

About an hour into the drive to the mountains, Christine turned in the seat and said, “I feel awful that I didn’t get you anything; don’t you feel awful too?”

“That doesn’t seem right,” she sighed.

Christine is smarter than me and it’s a rare occasion to get one over on her, so I was grinning like Hugo with his Christmas toy — the dogs always get presents — when I said, “There’s a technicality that you didn’t think of.”

“I got you something, but unlike you, I have the patience to hang on to it until after Christmas, thus, it is not a Christmas gift.”

“Let’s turn around and go get it,” she demanded.

“Oh no, you don’t get it until tomorrow,” I said with a bit more delight than might have been necessary.

So now that we’ve agreed to get gifts this year, I’ll have to try to find something special. Of course, the beauty of having a partner who loves what you love means my fallback is always another shotgun, maybe a .410 — she doesn’t have one of those. But, more than that, every gun either of us has owned begins a new story. It’s the gun and all the memories that will go with it.

I got to chuckling while thinking about all of this, and how many times I’ve said, “I’m old, I don’t need or want anything.” I’m not alone in that, but it isn’t true. We all like thoughtful gifts. It doesn’t matter much what they are.

So, yeah, I do want that double rifle or those wild horses, but I’ll be happy with the gum, even if it isn’t grape. Because I know she won’t “stick” to it.