Can an outdoorswoman survive a three-day power outage? 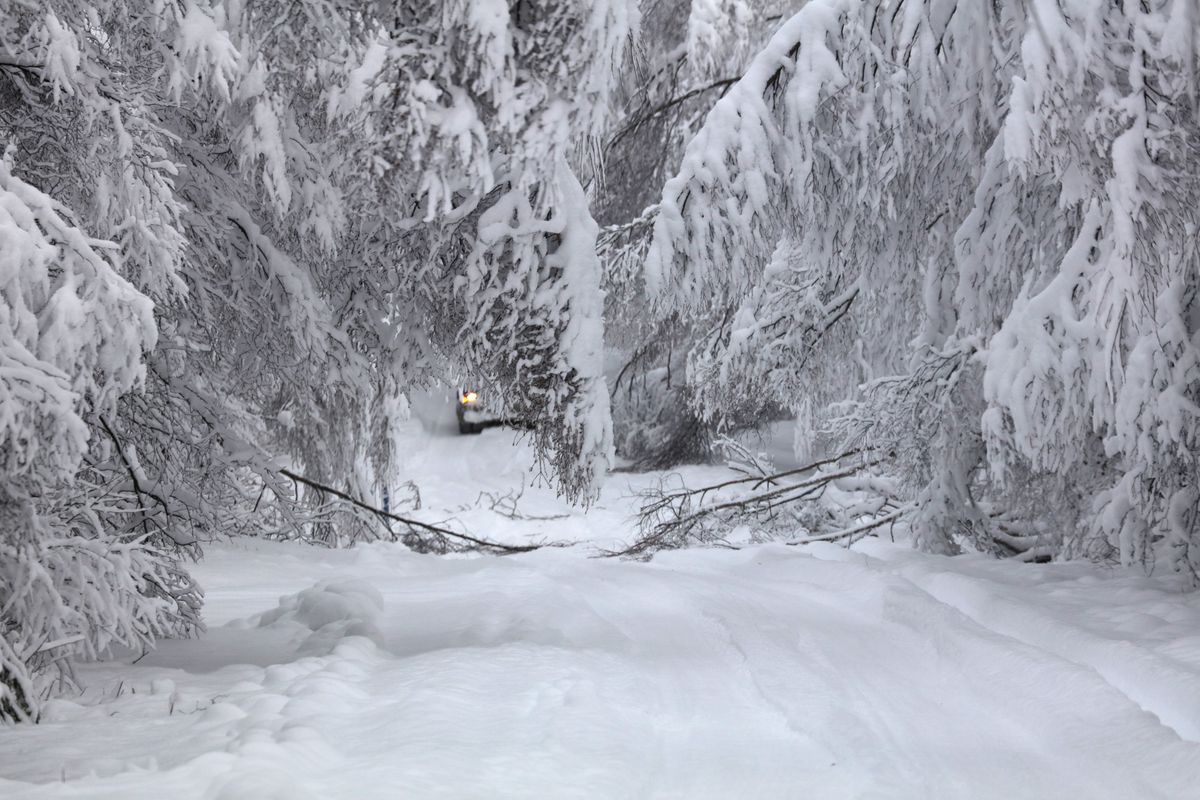 It was just after dark when the power went out. The room went dark, and just like the way you see lightning before you hear thunder, the lights were out before the house let out a long sigh as the electricity drained away.

Some say dark is faster than the speed of light or that it does not have a speed because it is just space. In this case, darkness seemed pretty quick. And the lights didn’t come back on for three days.

The outage put my point of view as an outdoors person to the test. I often turn up the radio to Hank Williams’ “A Country Boy Can Survive” with a sense of pride in knowing how to skin a buck and run a trotline. Over the years, my devotion to outdoor skills has made me confident that I can go to the woods without “too much duffle” and have a pleasant experience.

But, I wondered, does the ability to hunt and fish really better prepare me for surviving a power outage?

Thousands of other homes were without power on the Kenai Peninsula. The outage was due to snow loading on power lines and falling trees after a storm. The road to my house, at the end of a gravel road outside of town, had not been plowed. A canopy of trees created a snowy hollow with just enough fallen branches across the road to prevent travel by vehicle. For the first time in my adult life, I was trapped in my home.

Unlike a hunting camp, where a tent, water filter, camp stove, meals, clothing, first aid and gun are all neatly stowed in a pack, losing power in the house is far different than a well-planned backcountry adventure. There’s an art to keeping warm around camp, but my house resembles a 2,500 square-foot pole barn with pipes that might freeze.

Steve got the wood stove going in the house and shop, and I lit candles around the house. Unfortunately, my supply of unscented tea lights was low, and I hadn’t coordinated my collection of scented candles. One area of the house smelled bourbon-esque while another smelled citrusy and yet another like lavender.

Yet our first night “out” was not unlike the first night of a long camping trip when the canned beans topple over in the fire. We took out some perishable food from the fridge and cooked dinner on the gas stove. I talked to Steve over a candlelight dinner and thought, well he sure seems like a nice person.

One of the things I love about being in the backcountry is the idea that time orients itself to natural cycles — daylight or the tides. If you hike a mile, you must hike a mile back. There’s no stepping off the treadmill or tapping out of circumstances. The outdoors challenges you to live on its terms. At home, it took two days before I stopped thinking the power would come back on at any moment. Instead, I started wondering how long it would stay out.

We took our game meat out of the freezer and stashed it outside in a snowbank. I thought more seriously about getting a generator. The first few days of an outage are not a test of preparedness as much as something like a traffic delay. Many of us wander outside and meet the neighbors or hunker down with faith in the crews hard at work to restore power.

Maybe the ability to hunt, farm, garden and gather is only an advantage in extreme long-term survival situations. It would be a long time before our food and water supply ran out and I would need to consider ice fishing or hunting a rabbit or two for dinner.

The next morning, the roads had been plowed, and I had to get ready for work without a shower or light. I thought about how different it is to camp in the outdoors than it is to camp in your house. When camping, I brush my teeth in the tent vestibule without any trouble. I don’t shower for days and when I finally wash my hair with rain or river water, it’s a prolonged and vitalizing experience.

Putting mascara on in my bathroom with a headlamp was quite different. I had toothpaste all over me. I began to worry about people with medical devices or remote workers away from home when the power goes out. I wondered what to do about the toilet.

“Why are you using the toilet?” Steve asked.

I didn’t have an answer. Maybe it was just a habit, and I hadn’t thought it through. The point I was trying to make was that I needed to flush it.

“I’ll get a bucket of snow to melt,” Steve said.

Later, he seemed astonished that I did not know how to flush the toilet when the water is off. Apparently, dumping a bucket of water into the toilet bowl imitated the tank action and the toilet flushed, magically. This is not woodcraft as much as house-craft, but I was grateful to learn a new trick.

On the third day, I read an entire book next to the wood stove with Hugo sleeping on my lap. When finished, I turned off my headlamp and sat in the dark. The house was so quiet. There was a stillness I had felt under the stars but never in the living room.

It was interesting to think about how gratifying silence is in the mountains or remote places, and how I had never felt it at “home.” It was nice to be in the house with the dogs and not have any noise — the white noise of 10,000 tiny motors and electrical bugs humming, straining, spending, suddenly silent. The dogs all seemed more relaxed.

That night, I wandered outside and looked at the moon. I’d been out in the yard more than usual during the outage, and when the power came on at 2 a.m. I felt a mixture of excitement and disappointment. The house became alive with sound, and I couldn’t get back to sleep. I was humbled and grateful for each restored amenity even as a small part of me still wondered how well I could take care of myself had it gone on any longer.

For most of us who work and commute under constant strain, an outage is an opportunity to relax. When we come back from the weekend or a two-week vacation, maybe there’s a slight disappointment that we were not free for a little longer.

In the current environment of increasing wildfires, earthquakes and storms with their associated havoc on “the grid,” along with a growing human population, survival has more to do with preparing for the worst in the world in which we live rather than in the woods, where we might not even know the power is out.