Wanted: A boot that will keep you warm the way old bunny boots did 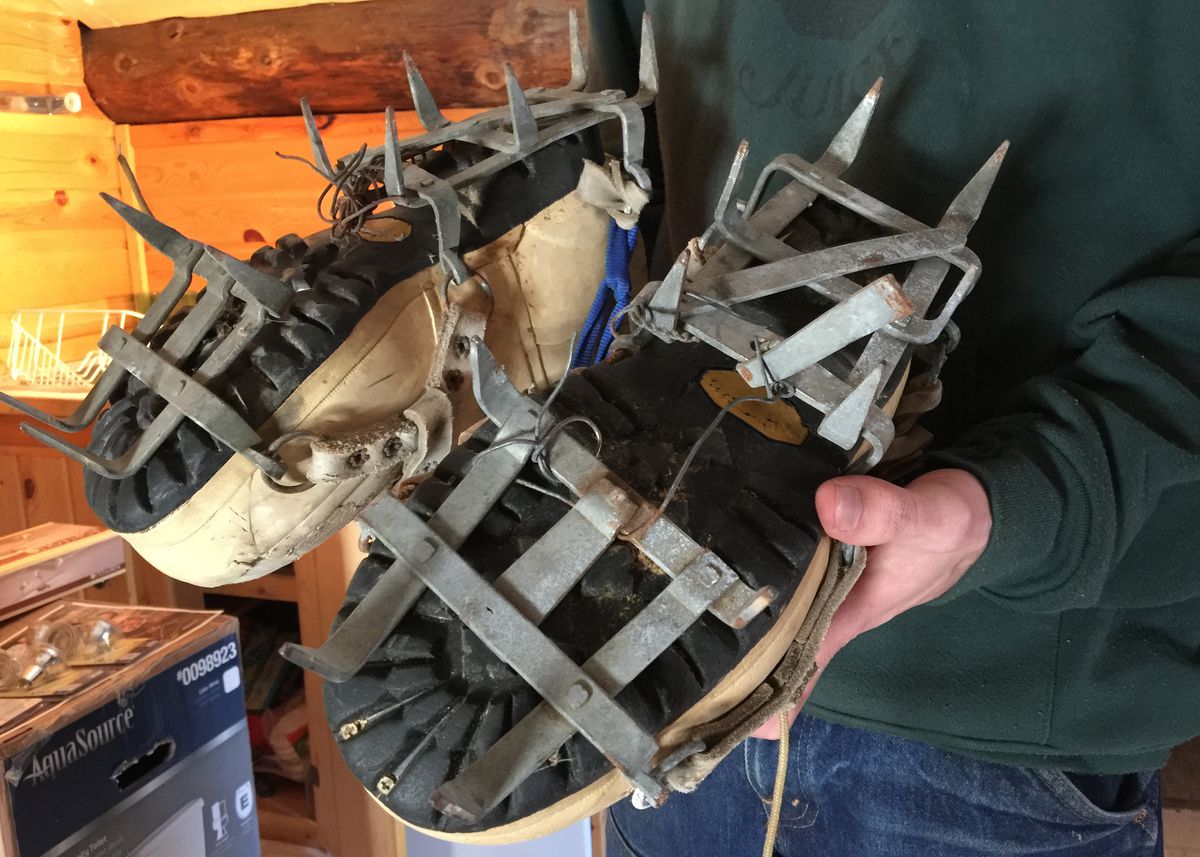 Cold out there, isn’t it? Anchorage has been in the minus mode for the past few days. Minus 5 doesn’t seem too tough, considering Eagle has been minus-50. Tok was flirting with those kind of temperatures also.

A friend and I made a night run on the Denali Highway to Maclaren River from Paxson and back at 40 below. Those temperatures seem cold, but can be dealt with given proper gear.

On the other hand, Summit Station on the Greenland ice sheet set a record low of minus-87. We don’t have the boots for that.

I remember the first time I felt 60 below. Maclaren River, January 1971. You could pour an upside-down icicle. Hot water tossed in the air would not come down. My feet stayed warm in bunny boots.

No more. Oh yeah, you can still do the same water tricks. But no longer will bunny boots keep feet warm at 60 below. You can get “new” bunnies today with some searching, but they are unused, not “new.” The last Bata bunny boots — actually V.B. boots or vapor barrier boots — were produced in 1992. Most were made long before that — V.B. boots are a product of the Korean War.

The bunny boots made today are cheap knock-offs of what was once a superior boot that worked well under all conditions. The newer ones are good to possibly 20 below — if you are moving.

The unworn boots you can get by paying big bucks are not worth the money because the rubber is compromised by decades spent in storage. The liners, three layers of felts sandwiched between rubber, have absorbed enough moisture to prevent them from achieving optimum effectiveness. Those who don’t believe me should fork over $200 for a pair and spend three or four hours standing around outside in the cold.

I have been looking and trying boots. There are a number that claim they are good to minus-100. Wonder where they were tested? Who tried them? Where did they get that temperature?

A call to a boot manufacturer should get an answer. Nope. They can’t tell you. Closest I got was a guy who explained that they tested them in a freezer for 15 minutes. Being in the fish business, I spend a lot of time around freezers and I’m fairly certain there are few freezers other than blast freezers that hold lower than minus-20.

Some of the better mountaineering boots might work for those who live in the cold — except the cost for a quality mountain boot is around a thousand bucks, give or take. External liners, such as Neos or Forty Belows, might do the trick. The issue with neoprene overboots is toughness. They are not built to hold up on a snowmobile or a dog team.

A semi-acceptable alternative are chemical foot warmers, though I am a bit uncomfortable feeling that I have to depend on them. Mukluks could be an acceptable answer, though they would have to be custom-made. Steger mukluks, common on the market, run far too small to carry enough insulation to deal with any real cold.

Unless someone has a better answer, I believe those who need true cold-weather footwear are going to have to put together their own system. I’m leaning toward a mukluk-type overshoe with a couple of liners from different manufacturers

I believe that any decent winter boot needs at least a double insole. A felt liner should block cold out and keep heat in. A foam liner, preferably open cell, should be next to the foot.

Good socks are also a must have. There are a number of them on the market.

Whatever you choose, thickness correlates to warmth. Look around. If you find a good boot, let me know. I’d love to give it a try.