Eating meat: When food is about more than diet 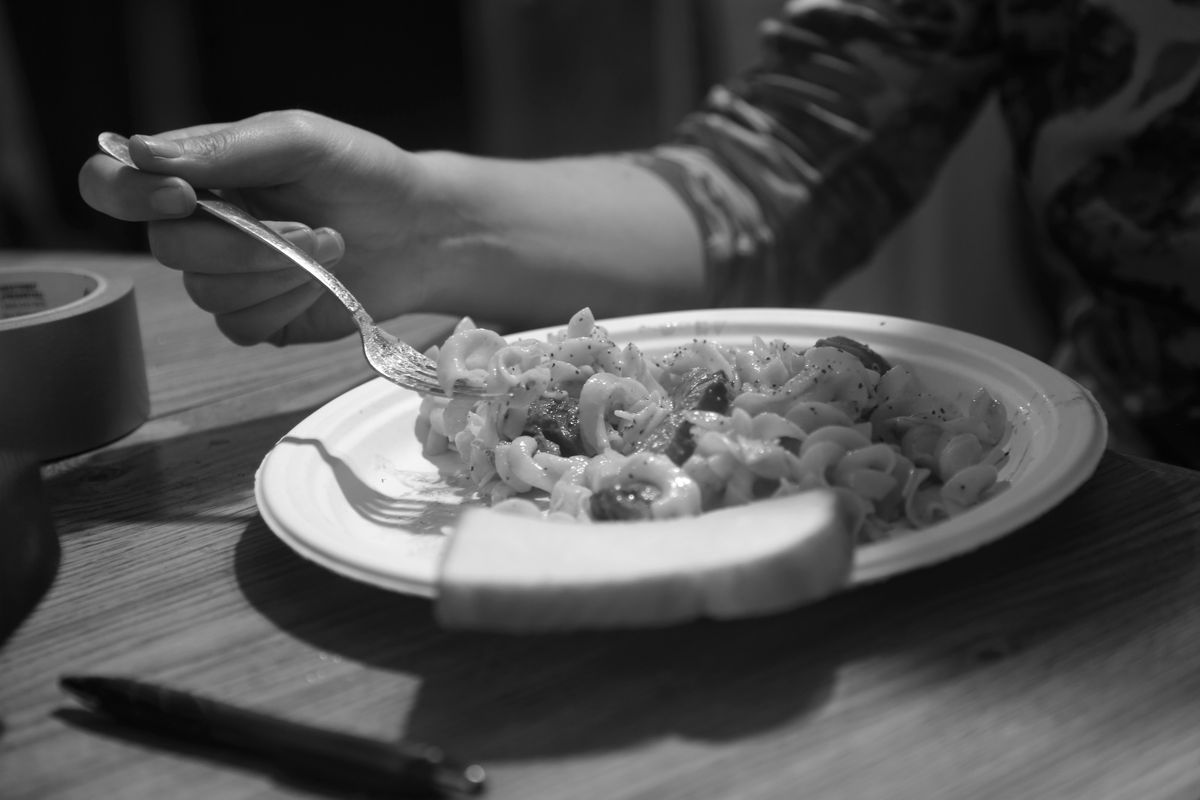 My friend was a vegetarian as a matter of preference, not philosophy. She grew up on moose meat and did not enjoy the gamey flavor.

At the time, I didn’t like the taste of game meat either. What I did enjoy was the hospitality and generosity of her family. I spent a lot of time at her parent’s house over the decade it took to finish — the floors were still plywood when I was in high school. There were never any conversations about hunting even though the family subsisted on moose. Then, they teased me for being squeamish.

Now, they tease me about being a hunter.

“Of all the people,” her mom will say. “You didn’t even like to pet the dog because you said it made your hands dirty.”

It embarrasses me. I live with eight hunting dogs now, and the only time my hands aren’t dirty is just after I’ve washed them.

After the start of a new year, it seems many conversations focus on diet. A recent lunch date resembled a gathering of the tribes with new introductions — I’m Keto, Paleo, Forks Over Knives, Reducetarian.

“Have you seen the documentary ‘Gamechangers?’ ” a friend asked. She tells us it is about vegan athletes and the push toward switching to a “plant-based” diet.

We talk about the claims in the film and, in particular, whether or not the documentary over-simplified amino acid profiles. But all of our diets, when explained, sound like science with a slogan. The catchier the caveat, the more questions crossed the table. Does it matter what cavemen ate when we live in houses? Is the mantra “red meats are bad for you” only true of store-bought meat? Does the data take into consideration the macro-nutrient profiles of wild fish and game?

Game meat is typically lower in saturated fat and calories than domestic meat, and wild animals feed on plants, shrubs and trees that do not contain pesticides or herbicides. Compared to farmed beef, wild game has a higher percentage of protein and is leaner than USDA Choice beef. A moose has 22.1% protein and .5% fat compared to 17.7% protein and 20.7% fat for lean ground beef. A ptarmigan has the highest protein listed on the ADF&G website — 24.8%. Chicken has 23.6%.

Another friend, on an autoimmune diet, eats wild game meat. Since she does not hunt, she obtains moose, deer and caribou from friends. She doesn’t consider her food choices a diet. Instead, they are part of a recovery process that requires awareness, monitoring and adjusting.

She wants to put more thought into and receive greater nutrition from the food she eats. Acknowledging the value of wild game meat, she pondered whether or not she could become a hunter despite how difficult it would be for her to shoot an animal.

As a hunter, I often question my motivations. I do not need to hunt to eat meat — many hunters will tease people who say they prefer food from the grocery store to illustrate how little they know about the source of their food. Hunters, for the most part, acknowledge that even vegetables are a bloody business — animals die in the agricultural process. But those who prefer not to hunt and still eat meat are not hypocrites or ignorant due to their preference.

Hunting was the way I found to value food as a once-living thing, whether plant or animal. It gave me a greater awareness of what it meant to eat meat and acknowledge the cost of that choice. As I learned more about animals, habitat and ecology, it became more challenging to enjoy hunting and not feel conflicted.

I read a lot about hunter motivations and learned from the subsistence hunting practices of indigenous people, who believe in the will of the animal, a conversation between predator and prey, and the obligation of the hunter.

If you do not need to eat meat to survive, you have the luxury of ethics that go above and beyond getting meat. A sportsperson might never shoot a duck on the water, avoid hunting in extreme weather so as not to stress an animal, pass up a shot that does not feel right, or adhere to “fair chase” standards. A meat hunter might not have a choice.

Why you do something is at the heart of an ethics question, and that reason determines your obligations.

The hunter operates alone, separate from civilization and from observation. Many who oppose hunting are often more opposed to the hunter and the way the hunting business is conducted than the act of hunting as a means of connection to the wild and healthy sustenance.

It may not matter to the animal whether its death was according to voluntary restraints that allowed it the best chance of escape before being hung on a wall or becoming part of a subsistence culture that enables ancestors to continue to pass down food, knowledge and a way of life. But, it may mean something to the person eating meat.

My friend’s father talked to me about hunting for the first time once he learned that I had taken it up as an adult. I learned that he never enjoyed it. “It was something I did to feed my family,” he said. “I hated it.” Back then, they didn’t have very much money, and it was one of the only ways to obtain meat. He didn’t have the heart of a hunter and would have preferred for someone else to have shot the animal.

I thought about what he said and realized there were no hunting photos in the house, no heads on the wall, no celebration of the hunting lifestyle. What he said was true, even as he now offers his property for use by hunters. He supports the practice; he just doesn’t want to do it.

Hunting cannot feed the world population’s demand for meat. My friends, sitting around the table at lunch, talked about the rise of plant-based diets, the “food wars,” and the impact of our choices beyond a personal benefit. We each measured our diets against the reality of a world operated as a farm for growing animal products and food for a growing human population.

Whether or not we ate meat, we agreed that food was about more than a diet. It is also about waste, sustainability and an attitude toward life.