Fur is the ultimate insulator, but there are fewer trappers in Alaska these days 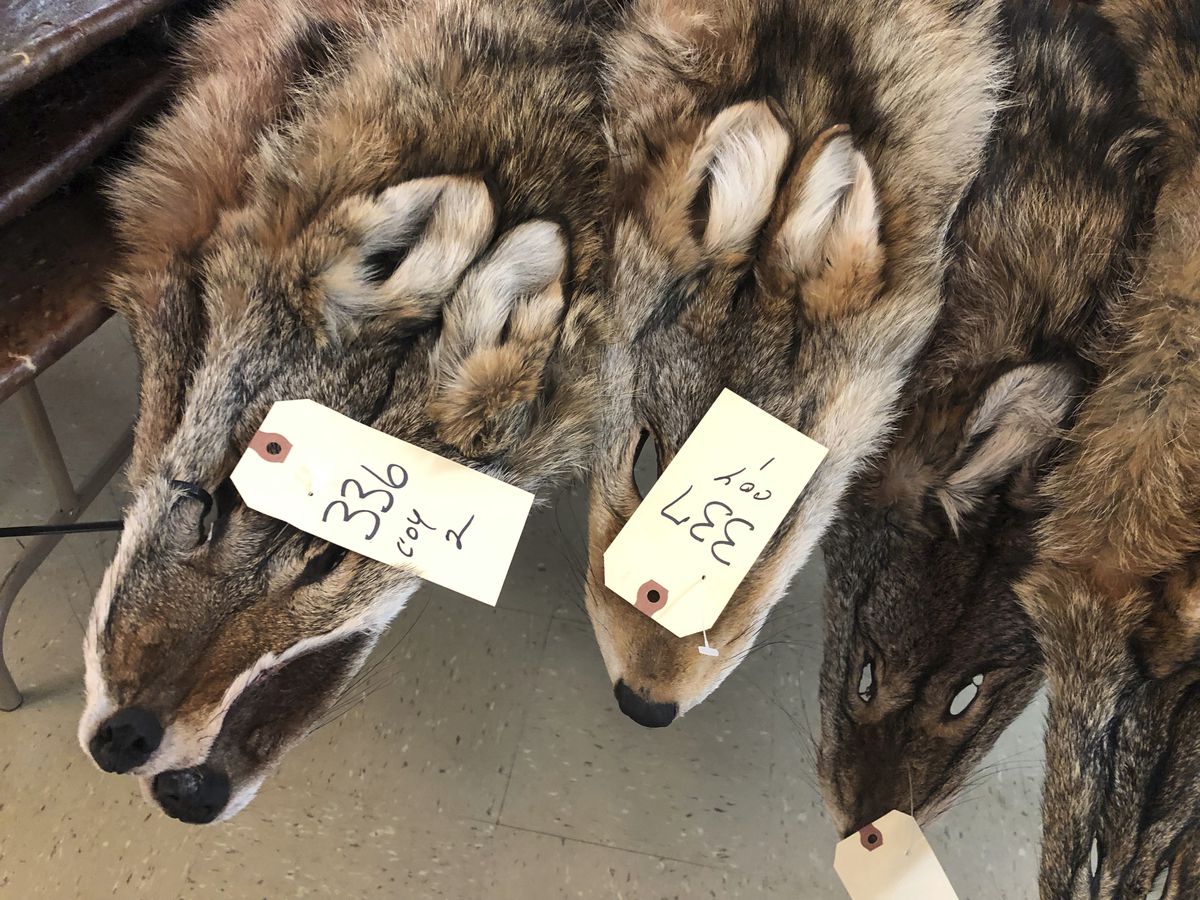 In this Feb. 2, 2019 photo, coyote pelts are displayed for sale at a trappers' auction in Herkimer, N.Y. Coyote is one of the few animals that can get a decent price. (AP Photo/Michael Hill)

In this Feb. 2, 2019 photo, coyote pelts are displayed for sale at a trappers' auction in Herkimer, N.Y. Coyote is one of the few animals that can get a decent price. (AP Photo/Michael Hill)

There don’t seem to be many trappers in the woods this year, and there are many reasons for the drop in numbers.

Most of the old-timers are just that — old. It isn’t as easy to jump on a snowmachine when you’re 70. And fur prices are down, way down. It is hard to justify the gas and maintenance to run a long line when the fur you catch does little better than achieve the break-even point.

The fur market has taken a big hit the past couple of seasons. There has been much anti-fur publicity, mostly from groups who dislike the use of foot-hold steel traps. That negative publicity is a factor, without a doubt. However, if you walk down the street in a northern city, you’ll see plenty of coats and parkas with fur ruffs and trim. Fur is far from dead. Whether decorative or utilitarian, there is nothing more attractive or efficient than natural fur.

Think about it. Your dog sleeps on the couch and then goes out and runs around in the snow without discomfort. He can do that because he has fur.

Fur is one of the best insulators in the world. Man has used fur since man began and will continue to do so. Lack of desirability hasn’t affected the fur market. The over-production of ranch mink has done that.

Mink are used for a variety of manufactured items in the fashion industry. Back in the 1930s, the heyday of the fur industry, mink played second fiddle to the long-haired furs. Fox was king. Mink was never forgotten though.

Once women began taking charge of their own fashions, they wanted a fur that wasn’t quite so poofy. Mink fit that bill perfectly. Mink is shiny, soft and luxurious. Prices for mink pelts — and other furs — have always undergone fluctuations, and mink ranching, which provided a relatively stable supply, tended to stabilize prices and quality.

In 2011, prices for ranch mink began to climb. Pelts averaged nearly $100 in 2011 and 2012. Ranchers boosted production, China jumped on the bandwagon and produced 40 million pelts. Worldwide, almost 100 million furs hit the market. Prices for pelts dropped dramatically to the $55 range and now are just more than $30.

Mink farmers have been forced to cut production and many have gone out of business. Auction houses, such as the North American Fur Auction, have filed for bankruptcy. Wild mink, because of their lack of conformity, have not been able to fill in for ranch stock.

Muskrat has taken the place of mink in some instances. The new rage with mink was shearing. The same can be done with muskrats, and they are much cheaper.

Another bright spot in the fur market is coyote. They are selling for as much as $100 each due to their popularity in the trim market. Model Kate Upton wore a coyote-trimmed Canada Goose parka over her swimsuit on the front cover of Sports Illustrated and the sales took off. Coat and parka manufacturers feel like they must have fur trim on their gear for it to sell, and coyote, with its light silvery color and ability to stand up on a parka hood, fits the requirement perfectly.

Other Alaska furs remain in the doldrums. Lynx, which a few years ago fetched several hundred dollars, are now well under $100 for the best. Red fox prices are about where they were when I started trapping them in 1970 — $25, and not all are selling. Top prices for marten are around $70, and that is for the best — the average will come in far lower. A good marten line in the Interior can yield 200 to 300 marten, but at an average of $40 apiece, that barely buys the snowmachine, let alone gas and parts.

Most of today’s trappers are recreational. There are a number of folks who also supplement income by trapping spots where they know they can catch a few furs easily without spending big bucks to do so.

To be sure, there are a still a few full-time trappers trying to make a go of it in the woods. They glue their Tundras and old long-track Bravos together the best they can and poke into their established lines near their homes. Hopefully they can hang on for a couple more years until the fur garment industry pulls itself together and once more becomes a viable industry.