Decades before COVID-19 claimed a Maine woman, she lived the frontier life in Alaska 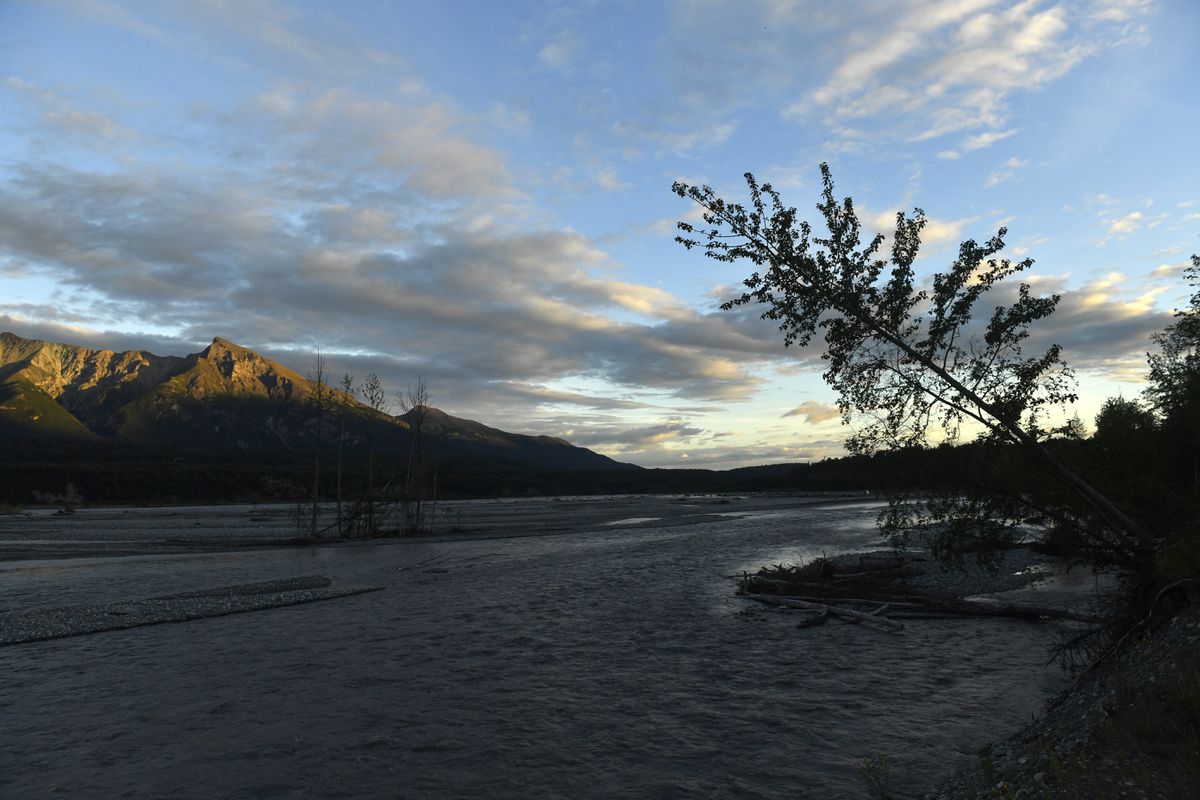 The Matanuska River with the Chugach Mountains lit by the setting sun near Sutton. (Bob Hallinen / ADN file)

The Matanuska River with the Chugach Mountains lit by the setting sun near Sutton. (Bob Hallinen / ADN file)

BELFAST, Maine -- She ran sled dogs, spent summers mining for gold and silver in the remote mountain ranges of Alaska and raised a family of boys on the wild edge of civilization.

In other words, Terri Jones, 73, "lived it full," according to her son, David Jones of Belfast.

But about a year after her husband and soulmate, Ken Jones, died, Terri Jones' zest for life had just about disappeared. And when death came for her last month at The Commons at Tall Pines -- the Belfast nursing facility that was then in the thick of a battle against the new coronavirus -- it came fast.

Jones was one of the 13 residents of the nursing home to die after contracting the virus. She died on April 16. As people anxiously await the daily count of those who have become sick, and those who have died, it's easy to overlook the fact that every number is a life that was lived.

And some of those lives were exceptional.

"My brother and I showed up literally 30 seconds after she passed away," David Jones said. "Both of us started crying. That was hard -- she was our mom. She was bigger than life. She had three sons and we all loved her. She was our rock. She was a tough woman, the original pioneer woman."

His mother had always followed an adventurous star. She grew up in the Bay Area in California, but traveled to Alaska with her first husband, a police officer. They got divorced, but Terri Jones stayed.

"She made a life in Alaska," her son said.

She met Ken Jones, a military man, there, and they married. The couple and their boys built their own house from the ground up in Sutton, a tiny town with a coal-mining history in the Matanuska Valley. It was frontier living, and the family thrived on it, David Jones said.

"We had a lot of wildlife. You didn't even check your chicken coop without a .357 Magnum hanging over your shoulder, because you're not at the top of the food chain in Alaska," he said.

They fished for salmon and hunted for moose to fill their freezer for the winter. They hiked, camped and went snowmobiling and dirt biking, he said, and in the summers they would fly 270 miles into the mountain ranges and mine for gold and silver. If thoughts of lazy panning for gold in a sun-dappled stream crossed your mind, think again. Mining, for the Joneses, involved a bulldozer and a steel, 100-foot sluice box. They'd use the bulldozer to push land into the steel sluice box and re-channel a river to run through it. After several days, they would spend a week moving all the rocks and then pick through them for flecks of precious metal.

"You never really got much, but you actually could get enough silver and gold to pay for all the costs to mine it in the first place," David Jones said. "We had adventures growing up, and it was thanks to my mom and dad. They were just adventurous all the way through. My mother was the type of person who said, 'I'm just not going to sit still. I'm going to do it.'"

One of the things she did was run sled dogs. That started in the 1970s, when she befriended a 70-something sled dog breeder in Willow. The Joneses ended up getting their sled dogs from him and would run them in the local races. One of their dogs, a “big old husky” named Pupperslick, ended up running the Iditarod Trail Sled Dog Race on another team. That team didn’t win, but Pupperslick ran the entire 1,000-mile trail, and the Joneses were proud.

"That was our dog," David Jones said.

After the Joneses retired, they sold their house in Alaska and traveled around the country in a big recreational vehicle. Not yet done with adventures -- or work -- they would buy houses, renovate and flip them. Eventually they settled in Maine, where all three of their sons were living.

But when Ken Jones died, Terri Jones was never the same.

"I think she just kind of gave up when she lost my dad. She was existing more than living," her son said.

And although his mother was diagnosed with COVID-19, the disease caused by the coronavirus, David Jones does not believe that it alone caused her death.

"She was really ready to pass away," he said. "A common cold could have killed her."

More than anything, Terri Jones missed her husband, and wanted to be with him again.

"Their wish was to have their ashes put together and spread on the mountainside in Alaska where we grew up," David Jones said.

It's a wish that's coming true.

David Jones got in touch with a bush pilot the family had known in Alaska, and he agreed to take the ashes and fly them to their final resting place, at no charge.

“My parents are en route right now to Alaska,” he said.