Bristol Bay is different this summer, but the health and safety precautions taken by fisheries are working 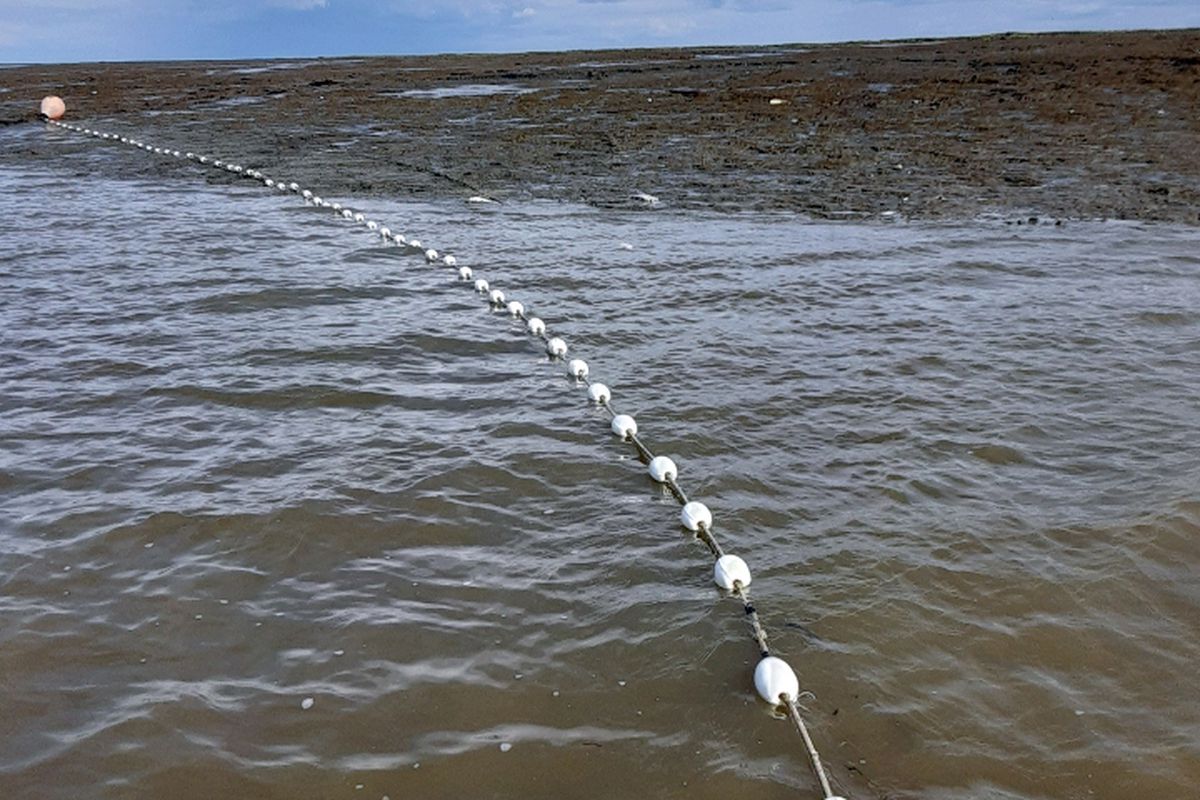 A setnet stretches across the water at Bristol Bay. (Photo by John Schandelmeier)

A setnet stretches across the water at Bristol Bay. (Photo by John Schandelmeier)

The fishermen are here in Bristol Bay, as always. The canneries are up and running. There are 5,000 to 6,000 people who call Naknek their summer home, yet this town, with its thousands of fishermen and 400 year-round residents, seems like a ghost town.

A pit bull chases a cat across the road and under an old car parked in the willows. A red fox trots through the library parking lot, stopping to sniff at a truck. It’s noon, and the library sports a sign: “Closed until further notice.”

Across the street the museum also has a “closed” sign. Just up the hill, one of the three downtown bars has a couple of cars parked out front. Another is locked.

There is no one in sight. The town is not running COVID scared, it is just being fishery conscious.

The processors have their crews under a closed-campus lockdown. Any worker who leaves the premises is immediately terminated. Fishermen, once out of the processing facility, are not allowed to return except in case of a medical or mechanical emergency.

The precautions implemented by the processors and the state of Alaska are working well. There have been a few COVID-19 cases here and there, and they have been well-handled at the cannery level. There have been no outbreaks either within the facilities or in local villages.

This is of the utmost importance to the fishermen of Bristol Bay. With this year’s compressed run of nearly 50 million sockeye salmon passing in a two-week period, they could not afford even a few days of suspended processing.

Indeed, the industry protocols in place could serve as a roadmap for the meat-processing industry, which has been beset with shutdowns.

The worry of processing suspensions combined with the concern of infection kept some fishermen home in 2020. The fishing fleet, both setnet and drift, is about 150 permits short.

The changes at the dockside and in town have forced a different attitude on the fleet. No longer are vessels allowed to tie up at cannery docks or utilize bunkhouses onshore. This leads to some interesting social interactions.

Every season both drift and setnet crew members go through changes. Many crew members return to the same boat year after year, but sometimes younger, first-year helpers take the place of veterans who have moved on. In a normal scenario, the new guys are introduced around and become another member of the fishery. However, in this season of social distancing, fishermen cannot be in close contact. Thus, when vessel skippers meet, instead of asking, “How is Bob working out?” they ask, “How’s your other crew guy?” Other crew guy. OCG.

Vessels fly flags, and quarantine flags are black and yellow. All-clear flags mean the vessel is out of quarantine and hopefully COVID-clean.

Setnet sites use the same protocol. There are few visitors moving back and forth other than among crews who know each other well. Folks who have just bought into the fishery have limited opportunity to interact with other fishermen. If they are real newbies, they may be handicapped in their ability to learn from others. Given the capital required to get into a limited-entry fishery, this could be a significant setback.

Undoubtedly there are some new drift skippers who bought in at last season’s high prices and who are struggling. The same scenario applies to setnet fishermen. Additionally, the inability of folks to readily access mechanics and welders have created more issues.

Yes, the novel coronavirus has made this a challenging season in Bristol Bay. But despite the hangups, the fishery has come off far better than most expected.

The city of Dillingham had requested a complete closure of the fishery. Had this happened, many would have faced needless financial hardship. Not the least of the damage would have been to the villages of Bristol Bay.

Weighing the risks and making an informed decision proved to be the wise way — in this instance. If something works, all is well. Should things have gone south, it would have been, “I told you so.”