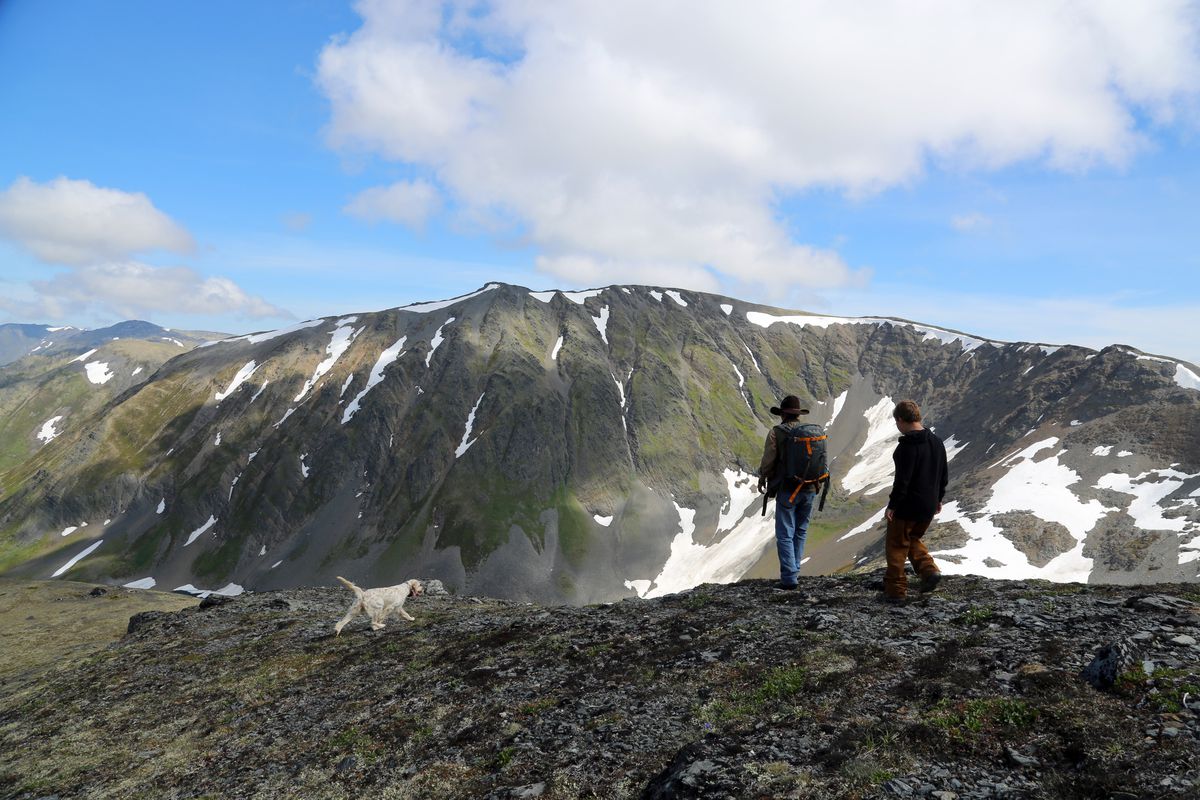 Steve Meyer and his grandson Brayden get to know the country in the Kenai Mountains in July 2018. (Photo by Christine Cunningham)

Steve Meyer and his grandson Brayden get to know the country in the Kenai Mountains in July 2018. (Photo by Christine Cunningham)

“Looking for anything in particular?” inquired the elderly fellow who worked the used-gun section of the store. It seems I never realize in the moment that I, too, am an elderly fellow.

“Mostly I look for old stuff,” I said. “You never know when an old Parker or L.C. Smith might get drug out of a mothballed closet, forgotten until the grandchildren decide to sell the home.”

The wistful look that drifted across his face replaced the spoken words that both of us stood maybe a long pistol shot from that mortal certainty.

“My grandfather had a Lefever,” he said.

Daniel M. Lefever introduced American wingshooters to the first American hammerless side-by-side shotgun in 1878. First introduced with a side-lever opening mechanism, the design was modified to a top-lever design in the mid-1880s.

I’ll refrain from a deep look at Lefever double guns. Suffice to say, it was a well-built game gun that went the way of virtually every pre-World War I American double shotgun. Rising production costs of the post-war era, the Depression, another war and America’s love of guns that shoot more than twice and cost half as much doomed their future.

With that, when someone mentions a Lefever in the family bloodline, one assumes that person was raised in a hunting family and was interested enough to remember a shotgun that few know existed.

“Your grandfather was a bird hunter?” I asked.

“Oh yeah, my grandfather, my dad, my uncles, my brothers, and me, we all hunted birds. Pheasants mostly, some prairie chickens, I grew up in the Midwest.”

“Did you ever shoot the Lefever? I did, but I never was allowed to carry it hunting. I hoped it would come my way, but it didn’t.”

The common ground of distant memories from childhood drove the pleasant conversation that followed.

It seemed as if we had stalked the same railroad tracks that took us through cattail sloughs, where ringneck pheasants skulked in the heat of the day and mallard ducks swam happily amongst the reeds, where they were rarely bothered. Times when swimming was the only option for retrieval and that it didn’t much matter because the joy of it all could not be stifled by cold swamp water.

We may have prowled the same shelter-belts, the tallest trees rife with fox squirrels big enough to make a decent meal. Cottontail rabbits around abandoned farm and ranch houses made their lairs under old farm machinery, brown with rust as they make their way back to where they came.

We might have supplemented our meager income trapping the same sloughs where mink and muskrat made their living. Or shooting the flickertail gophers that farmers and ranchers would pay a nickel per tail to be rid of the pests that haunted their crops and pastures.

Neither of us could hunt deer, the laws at the time not allowing it for those under age 14. But, we saw the deer in our daily explorations of the country within reach of our legs. No one wondered where we had gone for the day and didn’t care so much if our beds were made, but forgetting to feed the animals would warrant a stay-at-home order that didn’t get repeated.

The freedom to roam the country, unfettered by restrictions that implied safety. Heathens, dirty young boys who never minded that we smelled of the earth, the swamp and sometimes of blood. We didn’t have anyone to impress, and if we did, we wouldn’t have cared.

Since I began writing and sharing stories of my life, I’ve had folks ask me about my childhood, and how it could be that I grew up that way. In the context of the 21st century, maybe it doesn’t seem possible to have had that sort of freedom as a 9-year-old boy.

Others have commented that I seem the happiest and perhaps at my best when writing about those glorious days of youth. So I’ve wondered at times: was my childhood really like that, or is it the way I’ve chosen to remember things? Maybe advancing years have fogged the memory and maybe it wasn’t as good as I portray it.

The mention of a Lefever shotgun and the subsequent conversation was all the affirmation I needed to squash any question of my memory. And despite of the folks who don’t believe that it could be true, I know that it still exists, perhaps not in the way of common knowledge, but it is out there. I know families who have raised their children in the out of doors life. Not all hunters, but all entrenched in the enchantment of what the world away from society offers.

I wonder if the times we find ourselves in now will bolster those numbers.

In our outdoor pursuits of late, Christine and I have been astonished at the number of folks we see in places we had rarely seen anyone in previous years. Individuals, couples, groups of friends and families seem to be flocking outdoors.

Perhaps it is more about something that one can do without causing social distress than about being outdoors. Even so, I hope that just by getting out, folks who never experienced it before can embrace its healing power.

Maybe, once folks develop a relationship with the outdoors, they find there is much to learn. The adventure of days spent as a part of the natural world instead of as an observer is infinity more valuable than the sum of the parts. Perhaps this may lead parents to encourage their young people to get out there, get dirty, be heathens (in the best way) and learn about themselves.

The double-edged sword is the more people outdoors means less solitude. Except it doesn’t, not in Alaska. You just might have to work harder, climb higher, go deeper, to find the life-embracing solitude that is, for me, salvation itself.

If it helps folks through these times and gives them another reality to embrace, it will be worth it. And maybe in 50 years or so, folks from this generation will, at the mention of a 100-year-old gun, affirm the magic of a childhood spent outside.