After leaving the center of everything for the middle of nowhere, an Alaska transplant feels right at home 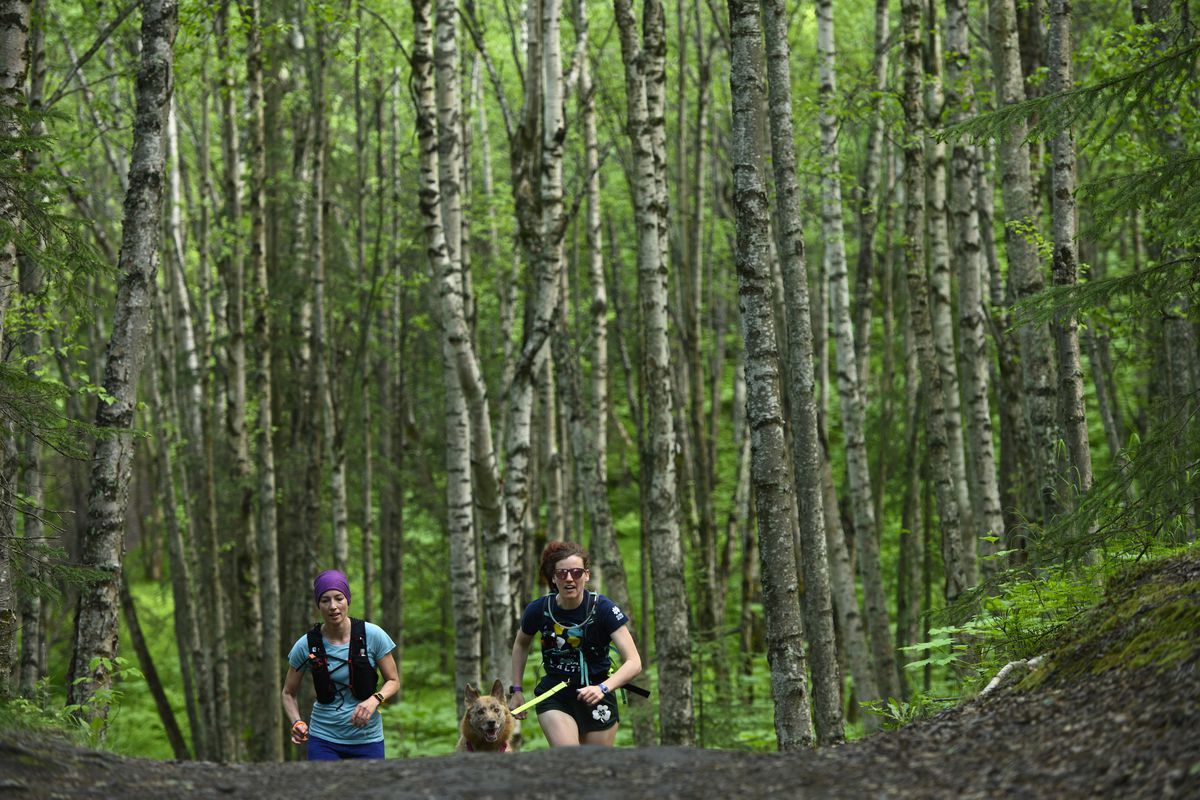 Twelve years ago on Christmas Day I moved from New York City to Anchorage. I’d been desperate to get back to Alaska after visiting several times and spending a summer up here, and I was thrilled to be finally moving permanently.

Permanently, that is, until I moved to Reno, Nevada, nine years ago, to be with my then-boyfriend/ now-husband. I thought that move was permanent at the time, and I was at peace with that because I really liked the high desert (and the guy).

But then seven years ago, after a shift in custody and visitation with my husband’s daughter, we moved back up to Alaska. It was a little like whiplash for me. But the move back felt very good, if completely unexpected.

I remember well the thrill I had arriving mid-summer from hot and sunny Reno to lush and verdant Alaska. This deep tie I have with Alaska came rushing back when I was running in Kincaid Park recently. After years of living in the Valley, memories of the Kincaid trail system hit me as I ran through the woods.

I tried classic skiing in Alaska for the first time at Kincaid. I rode my bike up from the Coastal Trail to the chalet countless evenings. A friend held the bocce ball portion of her Tour de Anchorage bachelorette party on the same field I skied through when I finished the Tour of Anchorage.

And that summer seven years ago when we moved back up to Alaska, I went running through the same grassy trails, careful to watch for moose and bears, often getting completely drenched by rain or recently-rained-on-vegetation, or both.

There are so many facets of “home” for me when I think about Alaska. Even though I don’t live in Anchorage anymore, the trails through Kincaid hold all of these amazing and deeply visceral memories.

This made me wonder — as someone who is originally from Massachusetts, lived in New York, hopscotched to Alaska, then to Reno and back again — how much of this feeling of home is unique to Alaska, and how much is simply about the rawness and accessibility of nature here, coupled with the remoteness and extreme climate that forces people to rely on one another?

If my hometown of Framingham were less dominated by parking lots and big box stores, would I have a stronger affinity for it? If Reno felt more isolated from the rest of the Lower 48, would it cultivate the same kind of strong communities I have found here in Alaska?

Growing up I struggled with a pull to polar opposites: “the center of everything” (read: New York City) and “the middle of nowhere” (arguably the Butte neighborhood of Palmer, where I currently live).

New York City had its own center of gravity. When I was in it — and I was, for four years during college — I couldn’t conceive of being anyplace else. The city itself, in all of its noises, rhythms, smells, yells, signs, foods and barely organized but somehow synchronized clamor, was completely immersive.

I knew I wanted to exist someplace else though, so I chose Alaska, which represented and actually was the middle of nowhere. Scene: me on that Christmas flight from NYC hurtling toward my chosen home, absolutely over the moon and thrilled to arrive in snowy, sleepy and arguably gloomy Anchorage.

I had room to breathe here. But even more than simply taking in the extreme environment in Alaska, I liked the isolation from the rest of the United States. I bemoaned the distance from my family and close friends down south, but the truth was, I liked the limited choices.

Being so far away forced me to be present where I was. And, the collective feeling of isolation seemed to breed a kindness and interdependence that, while far from being a hand-holding type utopia, was a world away from the stubborn, lonely independence I’d witnessed in the Lower 48. I found community here.

I’ve heard anecdotally that most Americans settle down in the vicinity of where they were born. A 2015 study reinforces that, showing that few Americans live farther than a few hours’ drive from their parents. So I guess I should be putting my roots down somewhere within a stone’s throw of Framingham. But here I am, a homeowner in Palmer.

I love it here, truly. When I’m not here, I miss it and when I return I take an enormous breath of relief. It’s visceral. The air is so good. The mountains are striking, and right there.

But beneath all that concrete in Framingham there is also beauty. New England is congested, but the natural environment there is beautiful and rugged in its own way. If I had grown up more connected to that natural world, would it feel more like home? If there had been more outdoor opportunities — not in a cultivated, here’s a garden path through the woods kind of way, but in a true, wild, immersive and accessible way — would I feel a stronger sense of affinity for that place?

Alaska has so much going for it as a place so remote and still so, comparably, wild. Even if that’s the only reason I consider it home, I do.