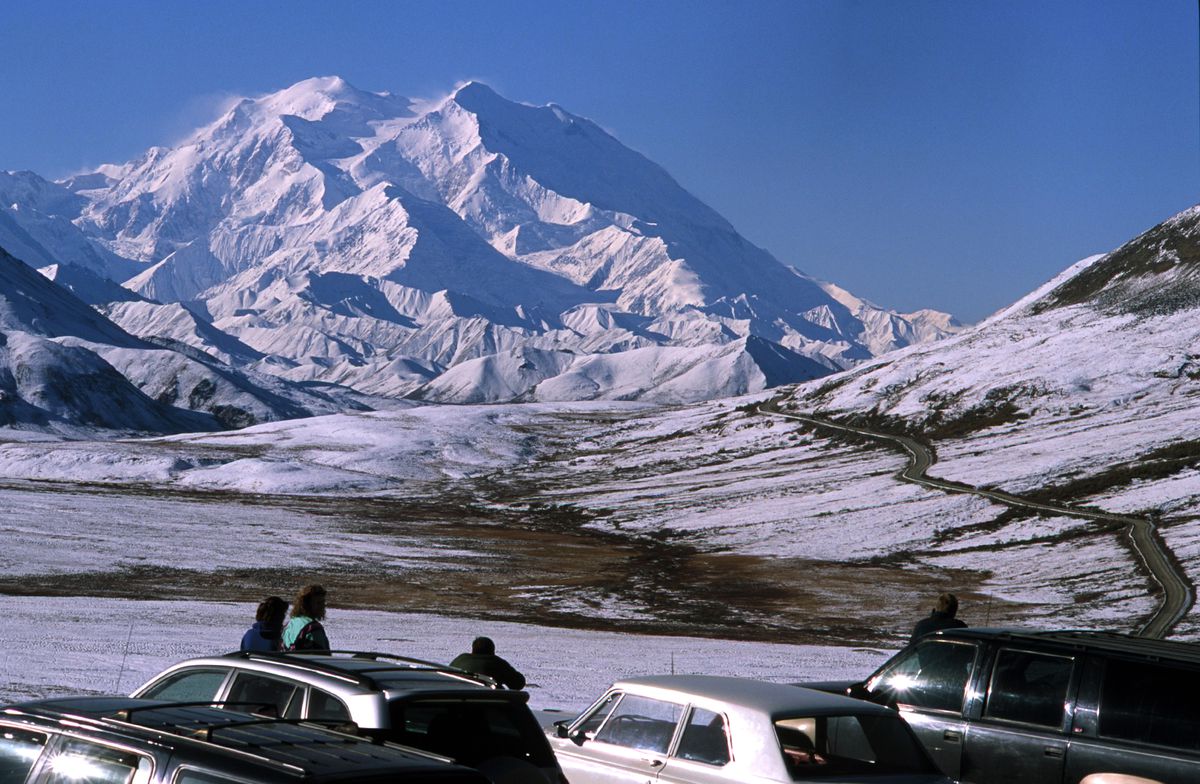 Denali National Park and Preserve plans to expand winter and offseason access to accommodate what park officials say are rising numbers of people who want to visit in more wintry conditions.

Planned changes to be implemented over time include more skiing, dog mushing and guiding opportunities, as well as more roadside parking and vehicle access deeper into the park, from mid-September to mid-May.

Just 2% of the park’s annual visitors — estimated at nearly 595,000 in 2018 — arrive during the colder months. But the number of winter visitors has jumped by 400% in recent years, park officials say. Traffic has also diversified, with an increase in tour groups and international visitors, as well as college students looking for a wintry spring break.

The park has seen more offseason visitors in the past few years — at least prior to pandemic travel mandates, according to Jennifer Johnston, an outdoor recreation planner on Denali’s staff.

“That’s reflected across the state of Alaska, particularly Fairbanks,” Johnston said. “Fairbanks is a real hot spot for that, and we get a lot of spillover.”

The park this summer put out for public comment an environmental assessment of the shoulder-season and winter changes. As part of that federal process, park officials on Tuesday announced a finding of no significant impact.

One local group that tracks park policy says the new plan could open the door to traffic that compromises the wilderness assets that make Denali unique.

Before the main season starts, it already “can be kind of a zoo” between Savage River and Teklanika as drivers pull over and get out instead of parking at rest areas, said Nancy Bale, with the Denali Citizens Council, a park watchdog group. Bale expressed concerns about increased offseason visits having a negative effect on wolf packs as well as caribou and bears. Plowing the road also limits opportunities to ski on it.

“It’s not so much that anything bad is going to happen immediately,” she said. “It’s just this swings the door open.”

The Park Service analyzed the effect of the proposed changes on wildlife — as well as wilderness resources and the park’s quiet — and found the impact to be “pretty small,” Johnston said. The only major change is more private vehicle access 9 miles deeper into the park between mid-February and mid-April.

“But that being said ... if we were to get reports of visitors harassing wildlife or wildlife mortality or other issues, it’s certainly something that we might want to manage differently,” she said.

Specifically, plans include plowing the road to Mountain Vista Rest Area starting in mid-February, about two months earlier than usual; a seasonal footbridge near Mountain Vista for access to traditional winter routes; a connector trail for mushing access at Mountain Vista; allowing commercial guiding for non-motorized recreation in some wilderness areas of the park; groomed trails at the park entrance and potentially in the Nenana River area; earlier concession-operated transit and tour bus services in May; parking on the road west of Savage River for private vehicles during the shoulder season; earlier opening and later closing for Savage River and Teklanika campgrounds; and new parking and interpretive facilities at Teklanika.

It’s not clear exactly when all the changes will go into effect.

This fall, it’s possible that the road may stay open past headquarters if the weather allows but once winter sets in there won’t be “active plowing” until next February, Johnston said.

The park has temporarily allowed visitors to drive normally restricted areas of the road this summer.