Public service announcement, hunting edition: Smoking is bad, and the love of a dog is an excellent reason to quit 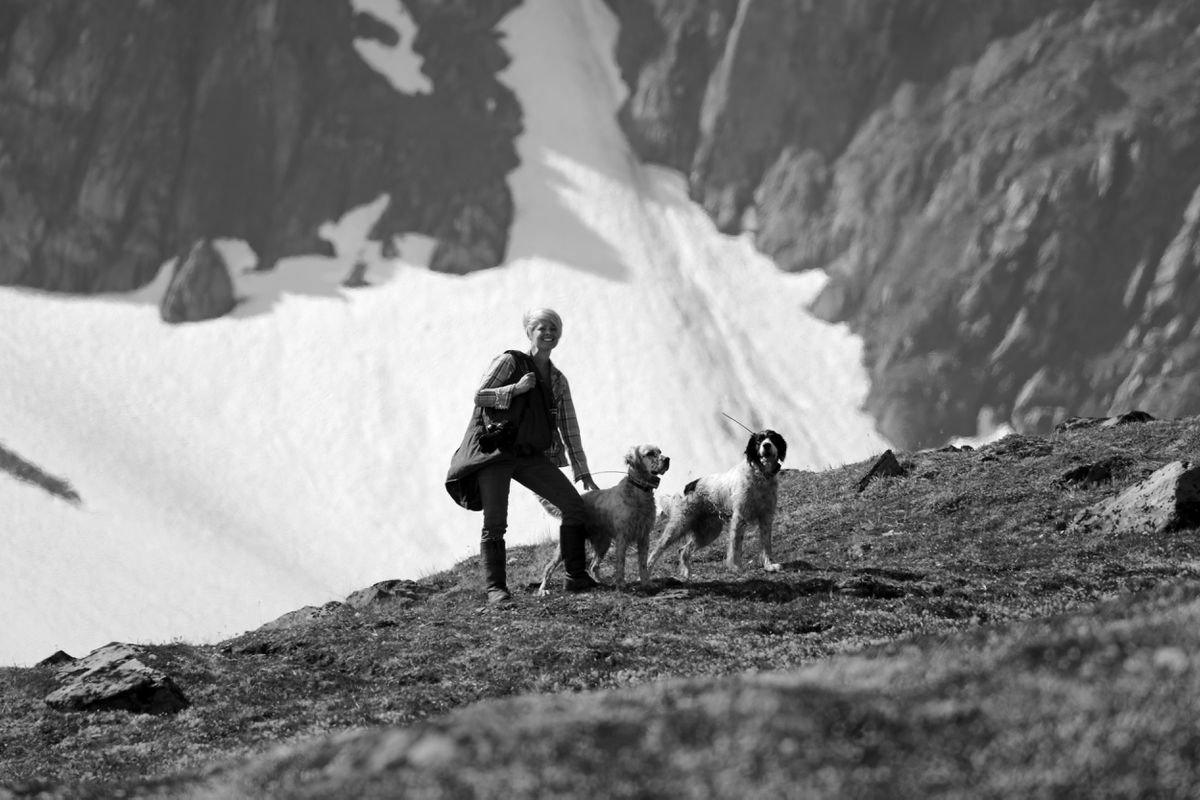 A bit slow on the uptake, former smoker Steve Meyer realizes now that the something of value was there all along. (Photo by Steve Meyer)

A bit slow on the uptake, former smoker Steve Meyer realizes now that the something of value was there all along. (Photo by Steve Meyer)

While planning a brief trip to interior Alaska for a feeble attempt to fill Christine’s caribou draw tag (the real hunting would come later) and get Winchester in some high country where he could start hunting without first climbing thousands of feet, for the first time I could remember I had reservations about camping.

So when Christine pointed out the trip was more about Winchester than it was about caribou hunting and we needed to find a motel or cabin for our stay, I was a bit relieved.

Winchester is the only dog in our extended canine family who does not get on furniture or sleep with his people in a bed. Since puppyhood he has been that way, and no amount of coaxing has changed that.

But in the fall of 2013, while pheasant hunting in North Dakota, Winchester became so encrusted with burrs he had to be put under anesthesia and shaved by a local vet. Later that night, he jumped on the bed with us for the first time and stayed all night.

Ever since, whenever we go on a road trip he sleeps with us, a small thing that brings a great deal of pleasure to us all.

The love of the dog put off camping, the final test that I believe, at present, I am ill-prepared to pass.

I grew up in a time when keeping the ashtray empty was as important as keeping the coffee cup full for waitresses in country cafes. Practically every adult I came in contact with smoked. Most smoked cigarettes, some smoked cigars, and a few, including my paternal grandfather, smoked a pipe.

My fondest memories of youth are hunting with my dad’s friends. I remember how turns of events would prompt a stop and a smoke. The end of the day coffee with blackberry brandy included enjoying a cigarette.

[It’s cold, it’s wet, it’s sleep-depriving — it’s duck hunting in Alaska, and there’s nothing quite like it]

In those days, when I couldn’t go hunting, I read hunting stories. Most of the authors I admired smoked. Rare indeed was a hunting photo of Robert Ruark, my favorite hunting author, that did not show him holding a lit cigarette.

When I came of age, although I have to admit I started smoking before the law said I could, there were ashtrays on the armrests of commercial airliners seats, and the rooms at hospitals where anxious men waited for the arrival of a newborn were choked with smoke. No one looked at smokers as if they had been recently scraped off the bottom of a boot in those days.

I loved smoking, and for me, smoking never caused me difficulties. I am rarely sick and was never restricted from physical activity, and even up until two months ago, when I chose to stop smoking, climbing mountains was just another day for me.

When folks asked me when I would quit, I’d say, “When I’m dead.” I never intended to stop. During one of those conversations, a good friend told me not to stop, because if I quit smoking he figured I would just die.

I sometimes used the ruse of quitting to procure a couple of guns I didn’t need and couldn’t afford. “I’ll quit smoking,” I would say, then get the gun and of course not stop smoking. It worked a couple of times.

I would even try to trick myself: “I’ll go on this hunt, and I’ll pay for it by quitting.” My most accomplished skill may be fooling myself.

When my leg went out on me last year and I nearly lost a hunting season, medical folks told me smoking was the main cause, but I still wasn’t going to stop. If anything, the harping furthered my resolve never to stop. Preaching has never had much of an effect on me.

[A Denali Highway hunting trip will fill you with wonder, even if it doesn’t fill your freezer]

Then, one day in late July, Winchester and I spent the day in the mountains preseason scouting. On the drive home, it hit me that what had happened last year could happen again, and it could happen before Winchester tapped out, or just as Hugo has finally seemed to arrive as a hunter. So I stopped.

I expected it would be difficult at those critical times for smokers — after eating, while having an alcoholic beverage, upon awakening, with coffee, and, for me, while writing.

Once it had been three days, I figured I had it made. It wasn’t that bad, and it seemed even my disposition hadn’t gone too sour.

We took Hugo to the mountains. The day broke with a soaking drizzle that ended about the time we had climbed up to a favorite spot, where we always take a break. I sat down on a slab of granite and reached for the missing pack of cigarettes in my shirt, and I had a bit of a panic. So much so that I snapped at Hugo for something silly.

In an instant, Christine knew I was on that edge and told me that most folks don’t just stop, and might have a few puffs during times of extreme anxiety. I had cigarettes in my pack, but knowing myself, I knew I could not give in this early in the game or my ship would sink.

I gave Hugo a hug, and we finished the day with a few more breaks and more anxiety, which I controlled much better.

What will I do while sitting in a duck blind, or waiting that brief period before following a big game animal, or finishing the cleaning and quartering of game before packing it out? All of those times when cigarette smoking had been a pleasure, an enhancement to the outdoor experience for me, were to be no more.

For the first time, I recognized the connection between most of the pleasant things in my life and smoking.

It scared me a bit, to have such deep-rooted feelings for a tradition we now know is so harmful. Stopping smoking to be able to keep roaming the mountains and following the setters while abandoning something of such value is daunting.

When Robert Ruark wrote “Something of Value,” the message was you couldn’t take something of value from people without replacing it with something else equally valuable. I don’t know what that is yet, for my life is pretty good already.

On the other hand, I’ve bought some time on the final test, and, doing the math, in three years, if I stay the course, I’ll be able to afford a well-used, English-made big-bore double rifle — a lifelong dream. I don’t think that is the something else, but it’s a damn good place to start.