Given a rifle and a chance to be responsible, kids may learn a lot more than just shooting 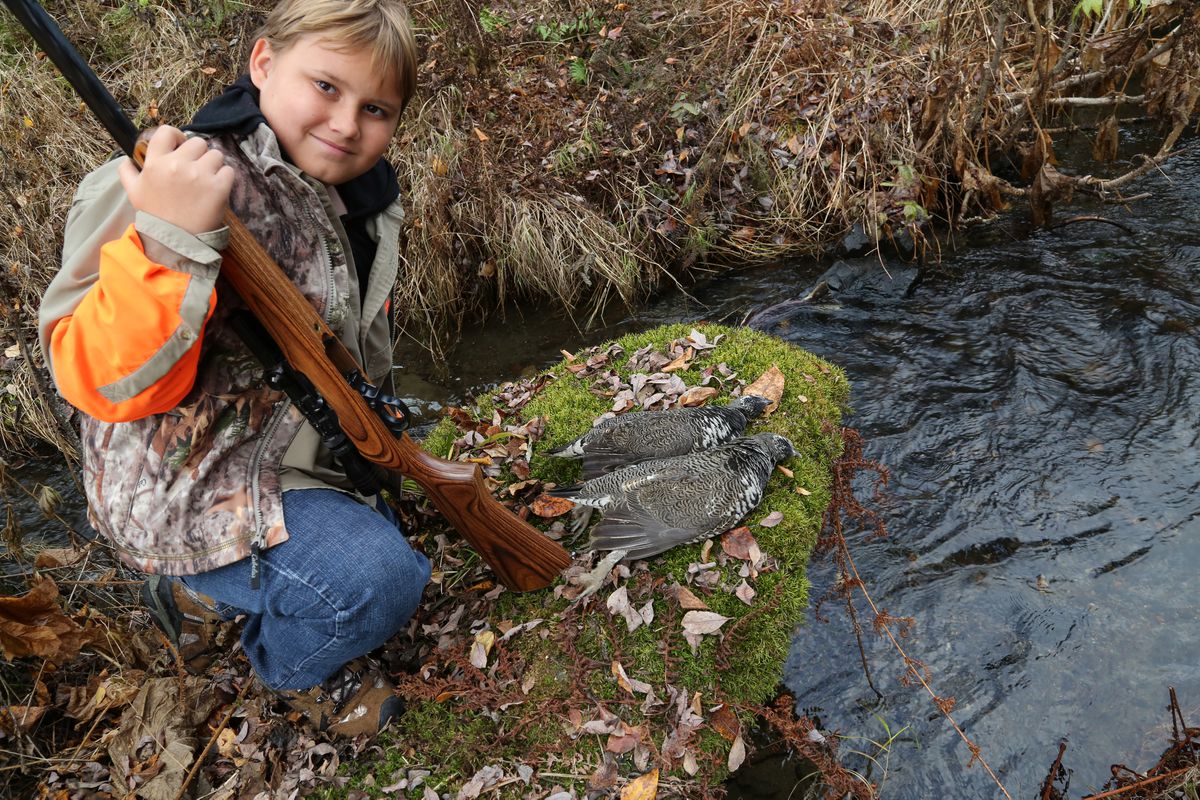 Young folks may learn a lot more than just shooting when granted opportunity to be responsible. Steve Meyer's grandson, Brayden, in October 2016. (Photo by Steve Meyer)

Young folks may learn a lot more than just shooting when granted opportunity to be responsible. Steve Meyer's grandson, Brayden, in October 2016. (Photo by Steve Meyer)

The Winchester didn’t come gift-wrapped, as I had imagined it would. A year older than me, my brother had been given his first .22 on Christmas the year before. I waited a year to advance in levels of responsibility granted to my brother. Since he received a .22 rifle the year before, it seemed Christmas is when I would receive one.

I don’t know why it was presented early but on a September afternoon when I got home from school, Dad handed the rifle to me. The bolt action .22 was full-sized. I had been learning on his rifles and it was a bit big for me, but in those days you just grew into guns that would serve for a lifetime.

I had started tagging along on hunting trips years before. The first, a goose hunt, left me cold, tired and as happy as I had ever been. Since then, it became my mission in life to go on every hunt I could. On weekends during hunting season, whether ducks and geese, pheasants or deer, I was Dad’s alarm clock.

He treated me as an adult when it came to hunting. If I wanted to go, I was either ready to go at the appointed time or I didn’t go. Rather than take the chance of missing out, I always rose early, a trait that has remained a staple of my behavior my entire life.

I was responsible for myself. If I forgot something, like gloves or a hat, there was no turning around to get them, and I made do. It only took a couple of times of forgetting to learn to check myself. Dad and his hunting buddies would laugh at my misery and poke fun at me when I did something dumb, just like they did each other.

Over time I learned to read sign, pay attention to game and other wildlife, and know how they lived. My sense of direction developed when I supplemented the flushing dogs or participated in deer drives. On the rifle range, I watched and learned and followed Dad’s examples when I started shooting his guns. Sometimes his hunting buddies let me shoot their guns.

When Dad presented me with the Winchester, I had become proficient at the things one is responsible for as a hunter. These included firearms safety, game regulations, cleaning and preparing game after it was shot, and respect for the land and the animals that inhabited it.

I guess that’s why he told me it was my rifle and that I knew what I needed to know to hunt on my own. He turned me loose, and I roamed the countryside at will, hunting mostly for cottontail rabbits and squirrels. Those days spent wandering the country on my own, learning about the animals I hunted and bringing them home for supper, shaped my life.

There was a shelterbelt east of our farm that I had wanted to hunt for rabbits and squirrels, but it was private land and I wasn’t sure if it was OK. Dad cleared the way for me to hunt there, and when Christmas vacation of 1967 came around, I was determined to hunt that chunk of country every day I had off.

The shelterbelt was a half-mile long and 50 yards wide, and there were cottonwoods, pine trees, elm and chokecherry bushes. I waited at the edge of the trees for the light to arrive. In my excitement, I had run my trapline in the dark and still arrived an hour before there was light enough to shoot.

From the edge, I could make out squirrel nests amongst the tops of the tall trees, lots of them. When I stepped into the brush, squirrels were darting around the branches. Unlike squirrels found in Alaska, fox squirrels are big, almost as much meat as a cottontail rabbit, and delicious on the table. There was no limit on squirrels, but four was as many as I could carry in one hand.

Each day I would go and get four squirrels, and as I worked my way through the band of trees, I learned of its other residents. There were whitetail deer, a few cottontail rabbits, pheasants, a few winter-over songbirds, and fox and mink tracks.

After a few days of easy hunting, word spread through the shelterbelt and the squirrels were tougher to find. I learned to sit tucked into the lowland and remain motionless. After a time, the birds would start chirping again, and the squirrels would get back to their routine, allowing me to take them.

One early morning while I was sitting quietly, a whitetail doe walked past me a few feet way. The slight wind hadn’t carrier my scent to her but when she crossed where I had walked in, her head came up and her brilliant white tail flagged as she bounded away.

After a week or so, I saw fewer squirrels, and nothing I could do changed that. There was a nagging thought in the back of my head, but I was so intent on bringing home squirrels that I didn’t pay much attention.

Then one day, after an entire day in the shelterbelt, I saw no squirrels, and for the first time I came home empty-handed.

I would always wait for Dad to come home to show him my take before I cleaned them. He would smile and ask how many shots. As the days passed, his expression changed, and sometimes he would just shake his head.

It has always been his way not to say much, to let things develop instead of preaching. In retrospect, I expect a bit of torment settled on him, and the change I wasn’t able to interpret was him considering intervention. I suppose he weighed the options and decided no permanent damage would be done if he allowed the lesson its full weight.

The day I came home empty-handed, I had a sinking feeling in my stomach. I knew I had broken one of the tenets of responsible hunting, and I suppose I craved absolution when I told him I wasn’t seeing any squirrels and did he have any idea about that.

True to form, he put his hand on my shoulder. “I expect you know," he said, "and now you know that following a pamphlet full of rules doesn’t mean you don’t have to think about consequences.”

Over time, I came to realize the value of that old Winchester was far greater than the sum of its parts.

Now you know why our English setter, Winchester, has his name.