Alaska squirrels can wreak havoc in an empty cabin. It’s what they do to survive. 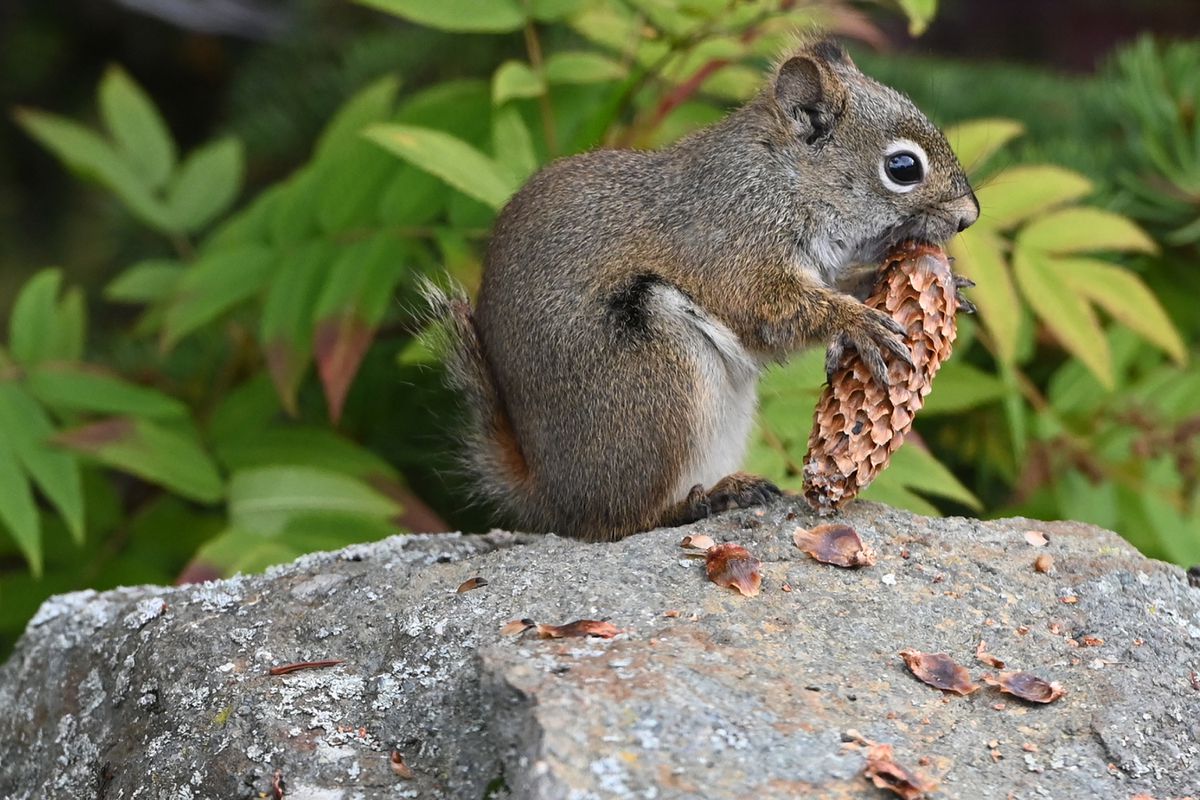 Squirrels are destructive little critters. I made a winter trip out to an outlying cabin and found I was not the first visitor since September. There had been a squirrel in summer residence under the cabin, but I had assumed he was in hibernation when I left.

Female arctic ground squirrel enter hibernation in late August but males hold off until September. My squirrel must have been a male. My last trip to the cabin had been near the end of September and he obviously was up after that. A heavy south wind — or something — blew a window out, creating enough negative pressure in the cabin to open the door a crack. The squirrel was in.

There were papers and pages of books strewn about. A 10-pound bag of beans and the oatmeal was on the floor. The oatmeal was scattered. The worst was a plastic bottle of honey that had been chewed open, because honey is really tough to clean up.

At first glance it looked like a small bear had visited.

Squirrels can be almost as bad. Actually, I have never had a bear break into one of my cabins, but I’ve had plenty of squirrel damage.

Most of us who live anywhere outlying, or near the edge of a city, have encountered the destructive habits of the Alaskan red squirrel. Their most common tricks are to strip the insulation from your house and raid the bird feeder. At least that is what you see. What you don’t see is the depredation on bird nests and nestlings. Red squirrels as well as ground squirrels are opportunistic feeders.

A few years back, a songbird study was conducted in the Tetlin National Wildlife Refuge. Mist nets were used to catch and band woodland songbirds. The team checking the nets had to get to them early in the morning because red squirrels had discovered the trapped birds and were eating them. Cute little buggers, aren’t they?

Ground squirrels are no better. They commonly prey on bird nests and will eat young hares if given the chance. In times of food shortages, males will eat the young of neighboring females.

Ground squirrels don’t seem as bad because they are out of sight for so long. Hibernating for eight months takes them out of sight, out of mind.

They have a lot of predators, but can live for eight or 10 years, especially if they have a hole under a cabin. In spite of their unattractive habits, I like those little squirrels, plus they provide an endless source of entertainment for my dogs. The squirrel that chewed my honey container has another eight years to go.

Red squirrels don’t live quite as long, especially if they are tearing the insulation out of your roof. Most folks I know eliminate them.

Red squirrels not only like to chew things, they have a habit of stuffing every available nook and cranny with stored food. Red squirrels are active all winter and need to eat, thus spend most of their summer hours gathering and caching food.

Their main diet is spruce cones, but mushrooms are another a favorite item you might find in your unused shoes. Berries and dried meat can also be found in their caches.

Red squirrels don’t hibernate, but they sleep for extended periods when it is below zero. Their body temperature may drop slightly during these sleepy periods, but they shiver themselves awake and back up to temperature.

Either way, they will be awake in the spring to torment you.

Squirrels may be destructive critters that distress us and occasionally destroy our belongings, but we should take care to remember that these little guys are just doing their very best to survive. They are not consciously causing destruction.

We get after a tiny squirrel for eating our honey, but who stole the honey from the bees in the first place?

John Schandelmeier is a lifelong Alaskan who lives near Paxson with his family. He’s a Bristol Bay commercial fisherman and a two-time winner of the Yukon Quest.