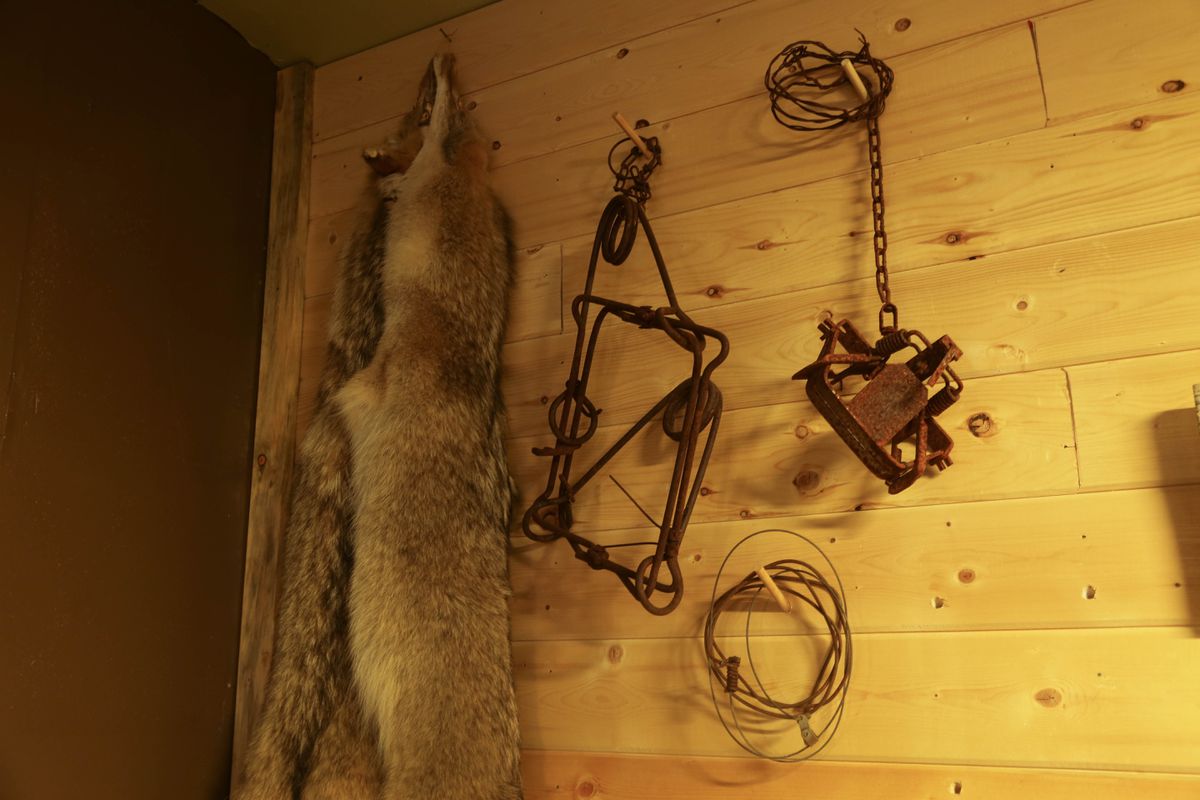 A 330 Conibear on the left, a steel leg hold trap on the right, and a snare on the bottom, are the things one might prepare to deal with. December 2020. (Steve Meyer photo)

A 330 Conibear on the left, a steel leg hold trap on the right, and a snare on the bottom, are the things one might prepare to deal with. December 2020. (Steve Meyer photo)

The GPS controller vibrated to signify that the English setter wearing the collar that went with the controller had gone on point a quarter-mile upwind. Walking over the barren tundra and willow shrubs the Alaska Peninsula is known for, the hunter smiled as he thought, “We’ve been here two days and my setter has had more wild bird contact than she would have in two years in Southcentral.”

Wild birds make bird dogs, and it appeared the expense and time taken for the long trip south had already paid off.

The mild September weather left plenty of foliage on the willow shrubs, which were tall enough to hide a dog standing a bit higher than 20 inches at the shoulder, but the American-bred setter held a “12 o’clock tail” when on point, and as the hunter approached the mark on the GPS he strained to see the dog’s gorgeous flag above the willows.

He couldn’t spot her tail and began to wonder as he went into the brush, expecting ptarmigan to flush at any moment.

Nothing. Then he saw the blink of her eye and the swish of her tail, on the ground, through the leaves and branches.

What the hell, he thought, his heart beginning to race. Something is wrong. A couple more steps revealed his beloved English setter, sitting calmly, a snare wrapped around her neck.

With his heart threatening to beat right out of his chest, he stepped slowly towards the setter while reaching for the side-cutter pliers in his game vest. Kneeling to pet the dog, he determined how the lock on the cable worked and loosened the loop enough to slip it over her head, free of danger.

With a new Labrador pup named Rigby disrupting our lives for the past few weeks, Hugo, one of our setters, hadn’t been hunting as much. His anxiety became palpable around the house. I suggested that maybe we could go to a favorite backcountry lake for some ice fishing, and if Rigby got tired, we could wrap him in blankets in his bed on the sled.

“Are you sure that’s OK?” Christine asked.

“Not what I mean,” she clarified. “What about the trapping? I know we checked last year, but you haven’t had time to check if anyone is running a line out there this year.”

It seemed like a good time to broach the subject again.

So, here we are. I am a trapper. I haven’t been actively trapping since bashing my teeth out with a 330 Conibear trap a few years ago, but I’ll always be a trapper. I believe trapping is a rich, honorable and pertinent part of human history. Humans have been trapping since long before we started stabbing things with sharp sticks. Personal experience allows me to believe that there is no better way for a youngster to learn about responsibility, life, death, the outdoors, its inhabitants, what feeds and shelters nature’s creatures, and respect for all of it.

I’ve known many trappers during my lifetime and I have never known one who wasn’t mortified at the thought of harming someone’s dog. But, and this applies to every facet of human existence, there will always be those who do not get it. People who are willing to break or bend the standards agreed to by society. It is impossible to legislate a 100% safe environment.

With more people spending time outdoors, it’s important to know the trapping regulations and not count on them being infallible.

The incident described here took place when the trapping season was closed. Examination revealed the snare had been there for a long time. Likely it had been buried in snow during the course of regular trapping and became lost, or possibly something happened to prevent the trapper from recovering it at season’s end.

Snow, rain, deep freeze, etc., may contribute to traps or snares being lost or not recovered, but they are not always out of commission when the spring thaw comes. It happens.

Numerous YouTube videos show how to release tension on snares, foot-hold and body-grip traps. Watch them, repeatedly, and if possible find a trapper who will let you practice under supervision so you aren’t injured while learning the process. You do not want your first experience compressing the springs on a 330 Conibear to come while saving your dog’s life.

Practice in the snow conditions you expect to encounter. Releasing spring tension on traps is infinitely more difficult in deep snow or ice than on hard, level ground.

Keep your dog close and in sight. Dogs are equipped to move a great deal faster through heavy brush and the like than their human partners. If something happens, particularly with a body-grip trap or snare, time is critical. A loud bell can help keep track of the dog and a GPS collar even better — it will take you directly to the dog.

Folks who are running hunting dogs, particularly big running pointing dogs, use a methodology much different from dogs just out for a walk or hike.

Train your dog not to fight neck restraint (snares). Not fighting a leash is a start, but that’s not the same as them being unexpectedly caught around the neck by a snare. There is information (much too involved to include here) on training methods on the internet, or see what a local dog-training group has to offer.

Dogs, for the most part, are infinitely more trainable than people. They can learn life-saving habits to avoid everything from traps to porcupines if you are willing to be patient and put forth the significant amount of time it may take.

The life of the setter in this story was almost surely saved by this training.

Our friend’s hunt on the Alaska Peninsula turned out well despite the snare. The setter was not injured or much bothered at all, thanks to his preparation for eventualities. We hadn’t had Winchester very long when that happened, and the incident fundamentally changed how we operate while hunting or just out with the dogs. Perhaps it will help others as well.