Listen up, trappers: There is no excuse for making a set of any kind at a multi-user recreational site 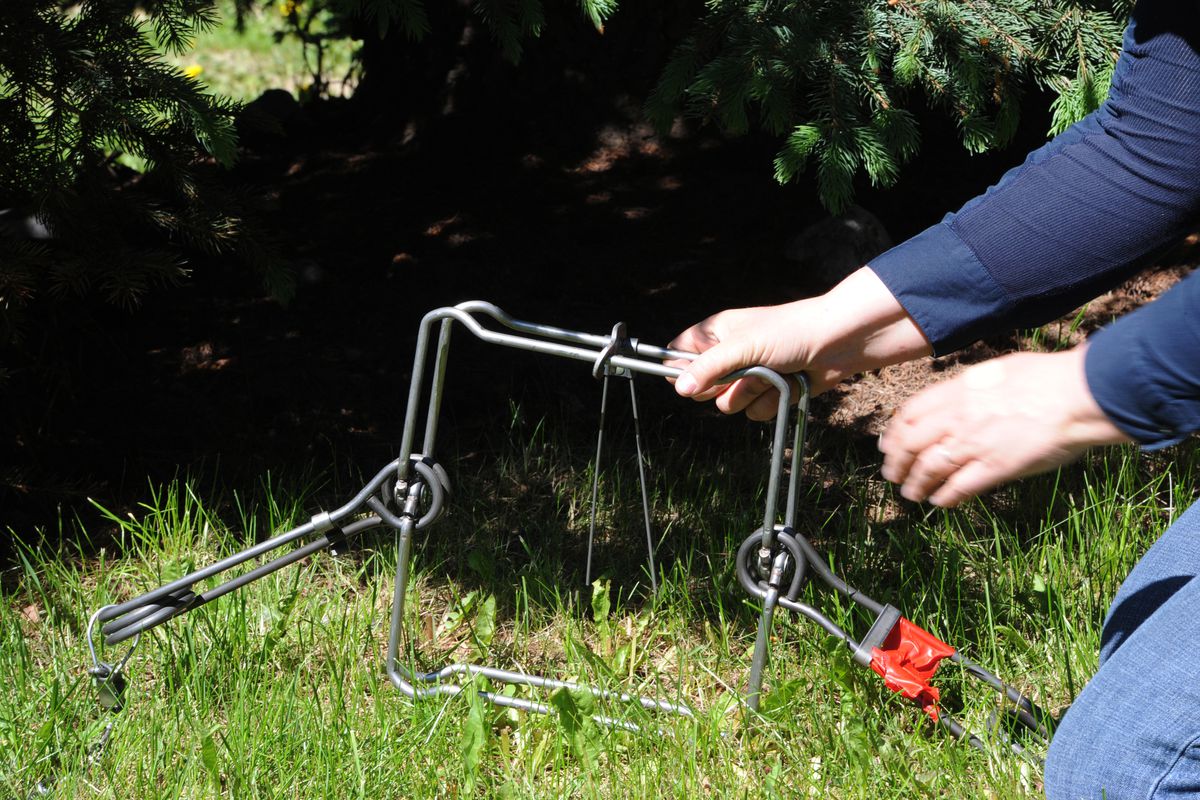 An Anchorage resident purchased this 330 Conibear trap to practice with after her dog was caught in a similar trap in December 2018. (Bill Roth / ADN)

An Anchorage resident purchased this 330 Conibear trap to practice with after her dog was caught in a similar trap in December 2018. (Bill Roth / ADN)

Trapping is over for the season in most areas of Alaska. There are a few species such as beaver and muskrat that remain open. Some management units have extended predator seasons with the goal of increasing ungulate populations for hunters — not for the sake of fur harvesting.

Trapping was a total bust this season, with zero market for the majority of fur animals. However, recreational trappers were out in force, along with a few folks who catch fur animals to make items for resale or for their personal use.

The loss of the commercial trapper is largely unnoticed along the highway system. Those who trap for their livelihood are usually far from population centers. The very nature of trapping makes it a solitary activity, and non-trappers are rarely aware that it may exist in their backyard.

Occasionally an incident occurs that draws trapping to our attention. As with most noteworthy events, good incidents pass quickly from mind and bad happenings are remembered forever. Trapping is little different.

In February of this year, a house/hunting dog was caught in a conibear-style trap near a highway pull-off. The dog died. The dog’s owner was understandably, and rightly, distraught.

It is easy to place blame in a case such as this on the trapper. Indeed, much of the fault belongs there. The trap should not have been set near — 50 feet — a parking area that has multiple user groups.

Granted, the parking spot was over 100 miles from Anchorage, but others live in the surrounding area. Also, if 100 miles is not too far to drive and set a trap, neither is it too far for a ptarmigan hunter.

No regulations were broken by the trapper. The trap was placed on public land that is open to all user groups. The dog owner was hunting birds. His dog was under voice control and close to him at all times. Fifty feet is a reasonable enough distance for bird hunting. Many hunters would want their dog to range farther.

Part of the issue is with the trap. The conibear is a body-grip trap designed to kill quickly. This type of trap is advocated by most trapping organizations and those folks who see trapping as an evil that is not going to go away. The trapper who caught the dog was following a reasonable trap protocol for someone who is likely only checking his sets on weekends.

A foothold trap would allow an unintentional catch to be easily released. On the other hand, a foothold trap with a coyote bouncing around within sight of a fairly popular parking area would raise a bit of ire.

Undoubtedly, the best thing we can say about this particular trapper is that he is pretty green. If not, then there is no excuse for making a set of any kind at a multiple-user recreational site.

It will not serve the issue to locate this particular trapper and rake him through the coals.

He is now aware and won’t make the same mistake again. What we do want and need to happen is to do our darnedest to prevent incidents such as this from occurring in the future.

[New restrictions on where people can trap in Anchorage]

The Alaska Trappers Association South-Central Chapter has gone above and beyond in this case.

Brad Christensen, president of the chapter, has contacted local trap retailers and provided them with signage to place with their trapping supplies that has guidance for the acceptable placement of large body-grip traps. He has also arranged a meeting with the closest local community organization to discuss what they might like to see in the future.

No matter that no one is technically “at fault” in this incident. The onus is on the trapper.

All of the other users who recreate outdoors are present at their particular activity. Trappers must be absolutely certain that their chosen sport does not interfere with or cause harm to other users in the same area.

City and “close-in” rural trappers have long been at odds with dog owners. Dog owners don’t want Rover to get hung up in someone’s trap. Trappers say dogs should not be running three or four miles from home. Both are correct.

But the responsible solution belongs to the trapper, not the irresponsible dog owner. A trapper can move his trap with ease. Most folks have no idea how to teach their dog to stay home.

If you now travel north on the Glenn Highway, signage will be found at all pullouts from Puritan Creek to the end of the Lake Louise Road, compliments of Brad Christensen.

Trappers, please be thoughtful in your future trap placement. Think of other users first.

The road trapper is the last guy in the line when it comes to the use of resources. Remember that, and it will be easier for all of us who utilize fur-bearing animals. Ignore that premise, and you won’t just be unnoticed. You will vanish.