Expanding your lexicon for names in nature 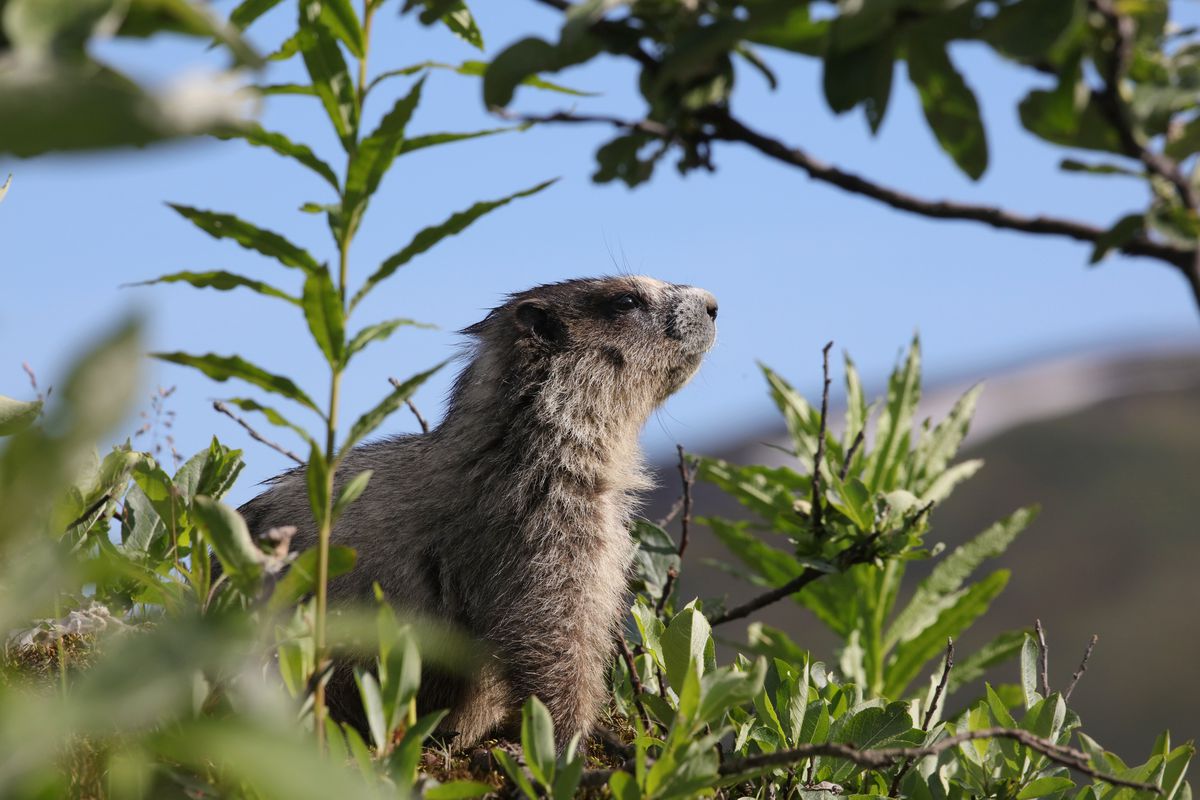 The hoary marmot is also known as a "whistle pig" for their alarm-like call. (Photo by Steve Meyer)

The hoary marmot is also known as a "whistle pig" for their alarm-like call. (Photo by Steve Meyer)

There are proper terms for the dung of every kind of game animal. This is not something I knew when Steve showed me what he called an otter “toilet” for the first time. It took some convincing to make me believe that such a thing existed, followed by research to confirm the otter deposits its excrements or “spraints” in one place.

There are also terms for where an animal retires to rest. A hare may go to “vault.” A fox kennels, a marten trees, and an otter watches, perhaps after using the restroom.

Hunting words have been hoarded over the centuries, perhaps more by those who love language than those who might have a practical use for them. While using correct terms might reveal what someone knows, more often a nuanced word choice can help me imagine a world where deer are said to graze, but moose to browse. And, it might say something about a person who recognizes the difference.

My word collection is smaller than I would like, and this winter, I set about reading more about the history of hunting language. Instead of building my vocabulary, I mostly enjoyed learning rare words that seemed lost through lack of use.

Some are so beautiful I wished they were common. Abatures, for instance, are “spots where deer have lain and pressed down the herbage.”

When a deer heads for cover and then comes out again, a hunter in the early 1800s might have said the deer “discovereth himself.”

My introduction to hunting as an adult came with a crash course in words I had never heard before. It seemed each day, a new term emerged. When Steve said, “We can use one of the duck blinds and build our own next year,” I thought he was talking about a kind of venetian blind like on the windows of a house, used to let the sun in or peek out at the neighbors.

I wasn’t too far off. He was talking about the tree-fort-like stands — another hunting word — where hunters sat in concealment, drank coffee, meditated on life, and wondered when the ducks would whisk onto the surface of the water and slide sideways. Or else, wondered if they would be a mile high in a cloud that passes in a mass of music played through a hundred beaks and feathers on the wind.

It fascinated me how familiar words such as shed or bank — two types of buildings — have a different “outdoor” meaning. A shed is also an antler dropped naturally from an antlered animal. A bank is also land along a river.

In the comfort of our homes, a bed is a place to sleep, not the bottom of a river, lake or sea. Velvet is a soft, smooth luxury fabric. But it is also the soft skin that covers a buck’s antlers as they grow, falling off in the fall when the antlers harden. Perhaps, if stepped upon, it could be called “crushed velvet.”

When I didn’t understand a word, I usually did not ask for a definition but rather tried to figure out the meaning. In my second year of duck hunting, another hunter kept referring to something called “chicken coops.” I knew he couldn’t mean an actual henhouse, as he kept pointing out to the nearby wetlands. After a bit, I realized he was calling the old duck blinds chicken coops, likely because some of these blinds were built with grass woven through chicken wire.

I learned landscape words I had never stepped on before — muskeg. It’s one thing to read about layered land and soggy moss. It’s another to walk across a landscape a foot deep in peat and knobby with round bushes that make walking with a pack like stepping off a plank every foot or so.

I learned what aufeis was while standing on it — it’s the sheet of ice formed over a river or water. The word does not replace the experience, but it felt like a souvenir from time spent in the Arctic. I had learned the word there and drank beverages chilled with what seemed like the purest form of wild water.

New words seemed to appear all the time — from the exotic-sounding to the common. I learned a cinder blow was a term used by pilots in Alaska to describe a type of runway made of volcanic material sufficiently firm for landing a small plane.

Other hunting words came to me in print, bringing visions from another time. When old English hunters spoke of a “warrantable” deer instead of a “trophy” or a deer’s “attire” rather than its “rack” when describing antlers, it brought to mind a more reverent view.

Even if I never used “wanlace” or “vauntlay” in conversation, I liked to learn these words for ranging country and releasing of the hounds as much as words I have since adopted. Such as the common names for ducks and affectionately calling a marmot a “whistle pig” for its siren sound in the mountains.

One of my favorite distinctions is when Steve described the difference between calling a particular stream a creek or a crick. Being raised on a farm in North Dakota, he knew that cattle alone could change a creek “where native brook trout make their living” into a crick “where cows and ducks do their business.”

We may not think of our vocabularies as saying much about where we’ve been and what we love, but every language betrays a view of the world in its words. In some cases, a single word conjures the joyful life of a hunter 600 years ago or an old friend who taught me what a pingo was — an ice-cored hill perfect for surveying an area.

In other words, something worth naming, sharing, and remembering.