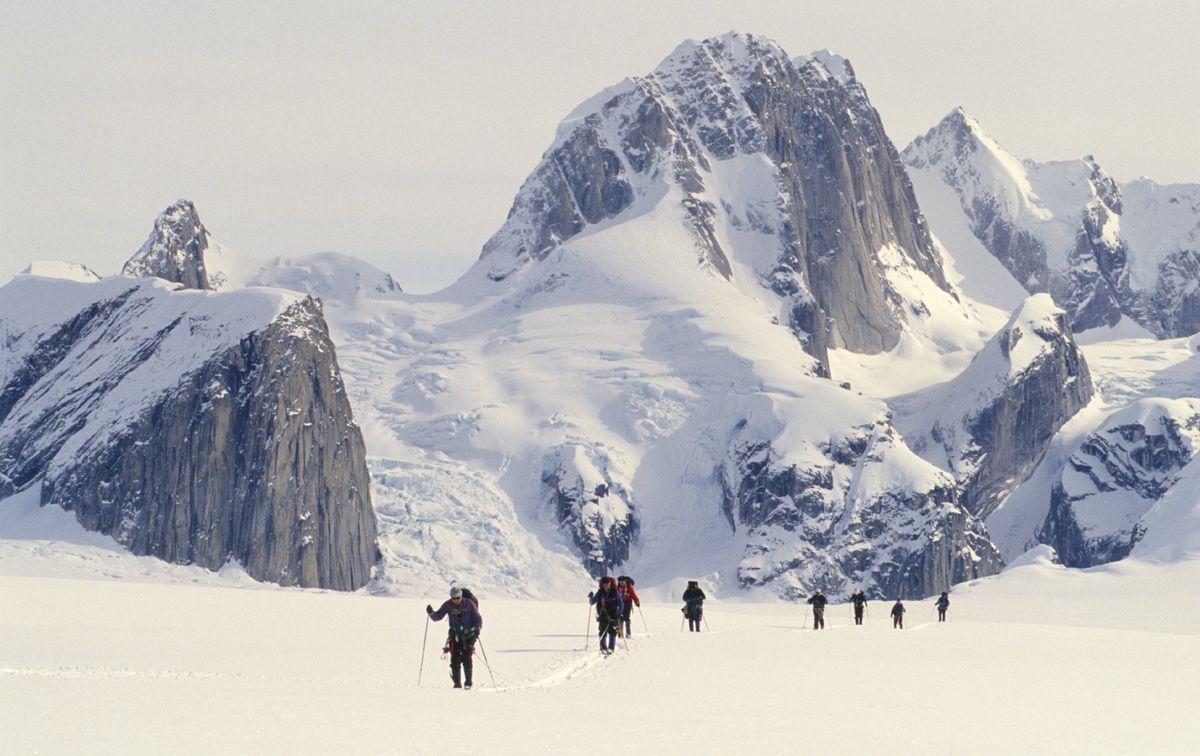 One climber was killed and another injured early Thursday in Denali National Park when a falling block of glacier ice struck them, officials said.

A 32-year-old man from Rigby, Idaho, died when a hanging serac fell from a peak along the West Fork of the Ruth Glacier. His climbing partner, a 31-year-old man from Logan, Utah, was knocked unconscious, park officials said in a statement Friday.

Despite “significant injuries,” the surviving climber used a satellite-linked device to alert park officials and moved away from the debris to wait for rescue.

The park service’s high-altitude helicopter transported mountaineering rangers to the site of the accident, and the injured climber was evacuated to a safer spot on Ruth Glacier. Rangers administered emergency medical treatment before the flight back to Talkeetna Airport, where the climber was transferred to an air ambulance.

A helicopter pilot and rangers returned to the accident site Friday and were able to recover the climber’s remains, said park spokesperson Maureen Gualtieri.

The ice hit the men, who were roped together, at the start of their climb of the west face of Reality Ridge, park officials wrote. It’s not a common climbing route, Gualtieri said.

Hanging seracs are “giant chunks of ice at the edge of a glacier that’s coming from above,” Gualtieri said. But since glaciers move, it’s unpredictable when they will fall.

While such falls happen frequently in the Alaska Range, fatalities caused by them are rare though not unprecedented, Gualtieri said.

The men had gone into the Alaska Range on May 6, according to Gualtieri, and were expected to be there for several weeks. Park officials will not be releasing their names at this time, she said.

It was the second mountaineering fatality in the park this season. A 28-year-old skier from Colorado died May 3 when he fell into a glacier crevasse.