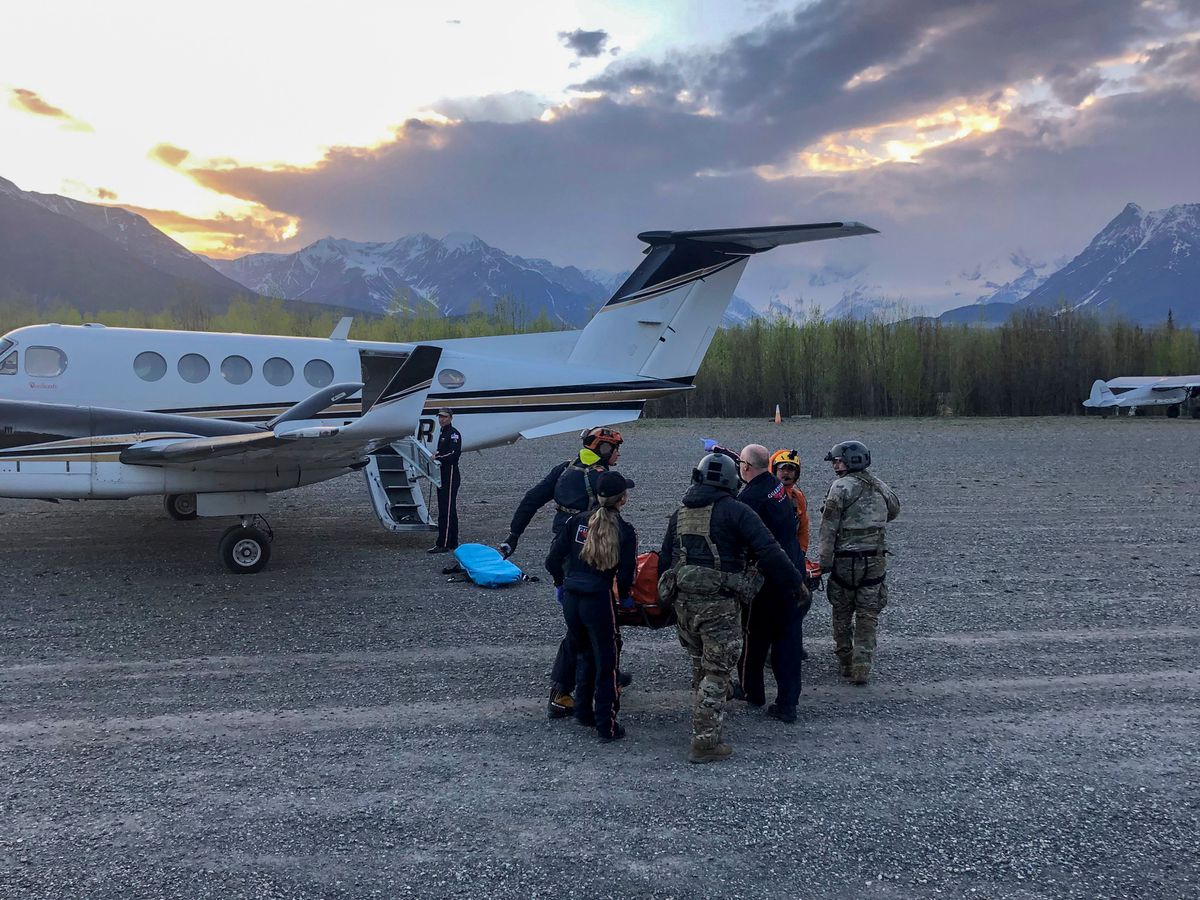 A hiker injured after falling hundreds of feet down a snowy slope and over a cliff in Wrangell-St. Elias National Park and Preserve was rescued and flown to an Anchorage hospital Wednesday, according to officials.

The man was hiking with a friend Wednesday when he lost his footing and “rolled hundreds of feet down a snow-covered slope near Donoho Peak,” park ranger and incident commander Stephens Harper said in a statement Thursday. “The fall triggered a snow slide which then carried the victim over a cliff into a ravine.”

His hiking partner found him, reached out to the National Park Service by cellphone and sent GPS coordinates of their location, according to officials with the park and the Alaska Air National Guard. Park rangers were notified of the hiker’s fall around 4:45 p.m. Wednesday.

Local air taxi operator Wrangell Mountain Air spotted the hiker and confirmed his location with the park service, officials said. Kennicott Wilderness Guides first responders — who are also members of the park’s search and rescue team — hiked a couple of miles to the hiker’s location in the ravine and provided emergency care while on the phone with an ER physician at Alaska Regional Hospital who is also the NPS Alaska region medical director, according to the park service.

“While on the phone with (the doctor), they heard the snow shifting above them and moved the patient to higher ground before a second snow slide traveled down the ravine,” Harper said in the Guard’s statement.

The pararescue team was hoisted down to the hiker and stabilized him for transport to the McCarthy Airport, where he was moved to an air ambulance and taken to Alaska Regional in Anchorage, officials said.