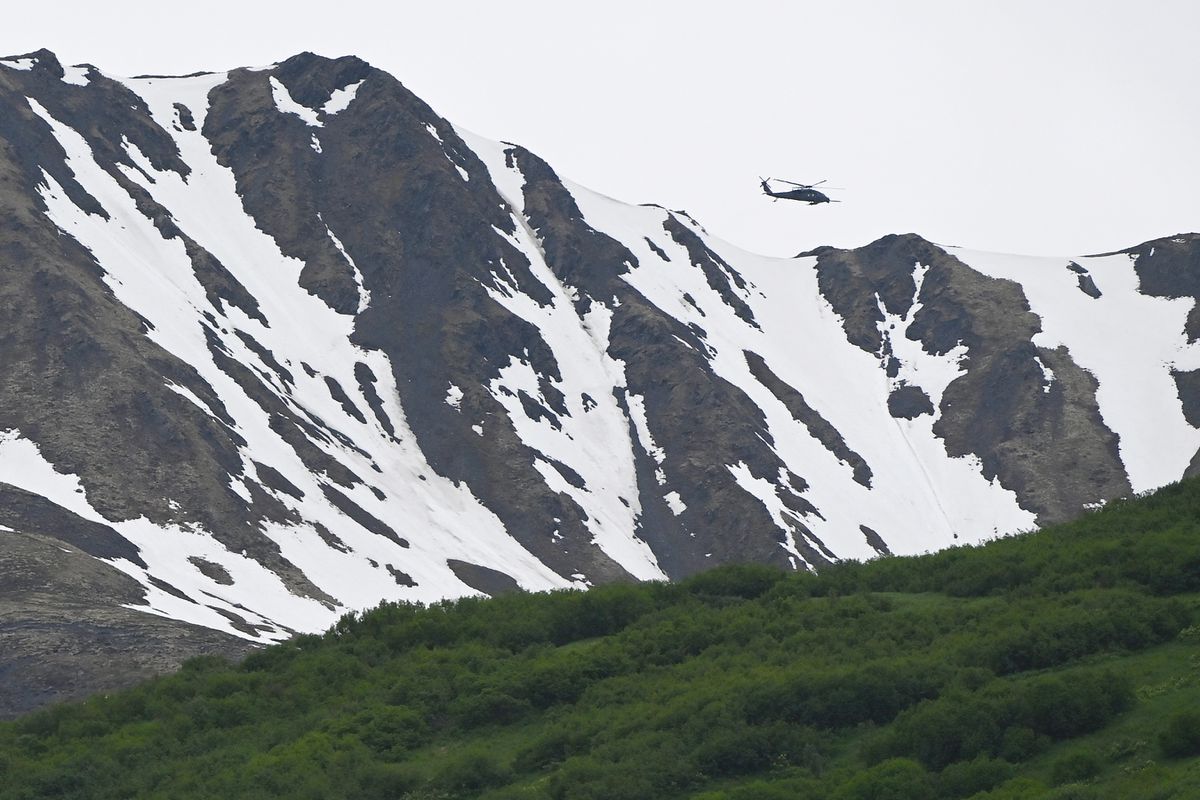 A Palmer woman who was chased off the Pioneer Ridge Trail near Butte by bears was found injured but alive Wednesday after deteriorating weather had ended a second day of search efforts, officials said.

Around 5:30 p.m. Wednesday, a search and rescue volunteer driving on Knik River Road reported seeing the hiker — identified as 55-year-old Fina Kiefer — walking out of the woods about a mile from the trailhead, Alaska State Troopers said in an online report. She flagged him down for assistance, according to the Alaska National Guard.

Kiefer was taken to the hospital for evaluation of her injuries. Austin McDaniel, a spokesman for the troopers, said Thursday that Kiefer’s injuries were caused by a fall while descending the mountain.

“There’s no evidence that an actual bear attack took place,” he said. “She was charged by a bear, but there was no attack.”

Troopers in the Matanuska-Susitna Borough were notified just before 1:30 a.m. Tuesday that a solo hiker on the trail needed help. She had contacted her husband for assistance, saying that multiple bears charged her and she deployed bear spray, troopers said. Kiefer was descending the mountain when she encountered the bears, McDaniel said.

“She was chased off the trail by bears and couldn’t find it again,” Master Sgt. Evan Budd, superintendent of the Alaska Rescue Coordination Center and a full-time member of the Alaska Air National Guard, said in a statement Wednesday night. “She had waterproof matches and was able to start a fire last night.”

On Tuesday, the first full day of the search, volunteers continued ground searches until about 10:30 p.m. and the Guard searched the area by air throughout the night, according to troopers.

Kiefer could see the helicopters but searchers couldn’t see her, said Budd, describing dense vegetation in the area.

“It’s easy to see and hear an aircraft in the sky, but can be very challenging to spot a person at night under canopy,” Budd said.

The search continued by ground and air Wednesday with teams combing the area — on and off trail — for any sign of Kiefer. At least 18 people divided into multiple teams had been searching for her, said Bill Laxson, a senior member of the Alaska Mountain Rescue Group and part of the Alaska Incident Management Team for search and rescue.

Heavy rain Wednesday afternoon placed an added burden on search and rescue teams, and the poor weather ultimately put an end to the day’s search with no evidence of the missing hiker.

About an hour after the halt to Wednesday’s search effort was announced, an injured Kiefer was spotted emerging from the woods, according to troopers.

Kiefer is an avid hiker and her family told troopers she had extensive backcountry experience, McDaniel said.

“For someone to make it through the ordeal, it was definitely her — she had that determination and she had the outdoor skills and experience in the backcountry to persevere through,” he said.

“Being prepared for the unexpected is critical in the Alaskan outdoors,” he said. “What you plan as a day hike can quickly turn into a multi-day ordeal.”