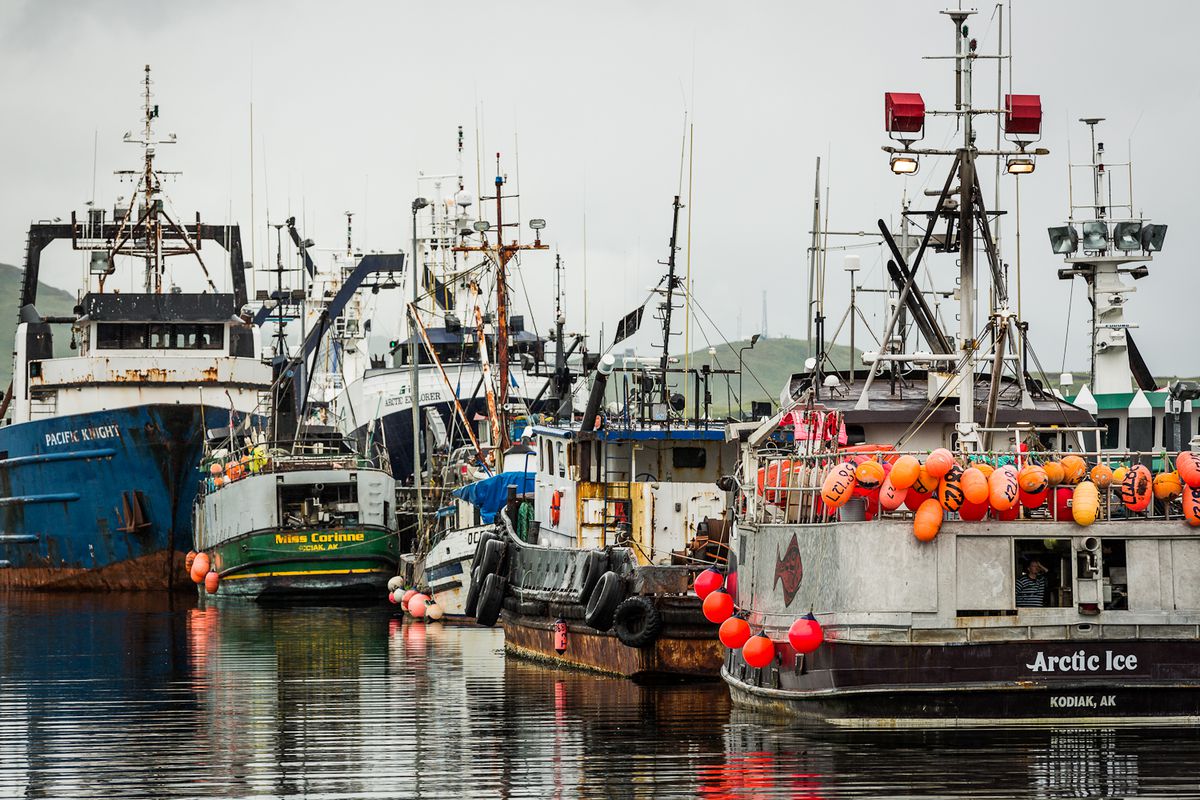 Alaska was the leading state in both the volume and value of fishery landings once again in 2015.

That's according to a federal report released Wednesday from the National Oceanic and Atmospheric Administration.

For the 19th year in a row, the port at Dutch Harbor had the highest volume of commercial seafood landed in the country, at 787 million pounds, breaking its record of 777 million pounds set in 2007. Nearly 90 percent of last year's landings there, in volume, was Alaska pollock.

Commercial fishing ports at Kodiak and the Aleutian Islands came in second and third place nationally, by quantity.

The value of fishery landings in Alaska also increased from 2014 to 2015, by three percent, and the volume of seafood caught went up six percent.

By specific species, there were dramatic ups and downs in Alaska fishery landings in 2015. For example, landings of Pacific sea herring in Alaska dropped nearly 30 percent from 2014 landings (a nearly 40 percent decline in value). Alaska fisheries landed 1 billion pounds of Pacific salmon last year, an increase of more than 52 percent compared to the previous year (and it decreased in value).

Alaska accounted for nearly 98 percent of Pacific salmon landings in the U.S.

When it came to recreational fishing, the report found that more than 300,000 anglers caught nearly 2.3 million fish in 2014.

Nationally, commercial fishery landings in 2015 weighed in at 9.7 billion pounds, valued at $5.2 billion. Per capita, Americans ate an average of about one pound of seafood more last year than they did in 2014.