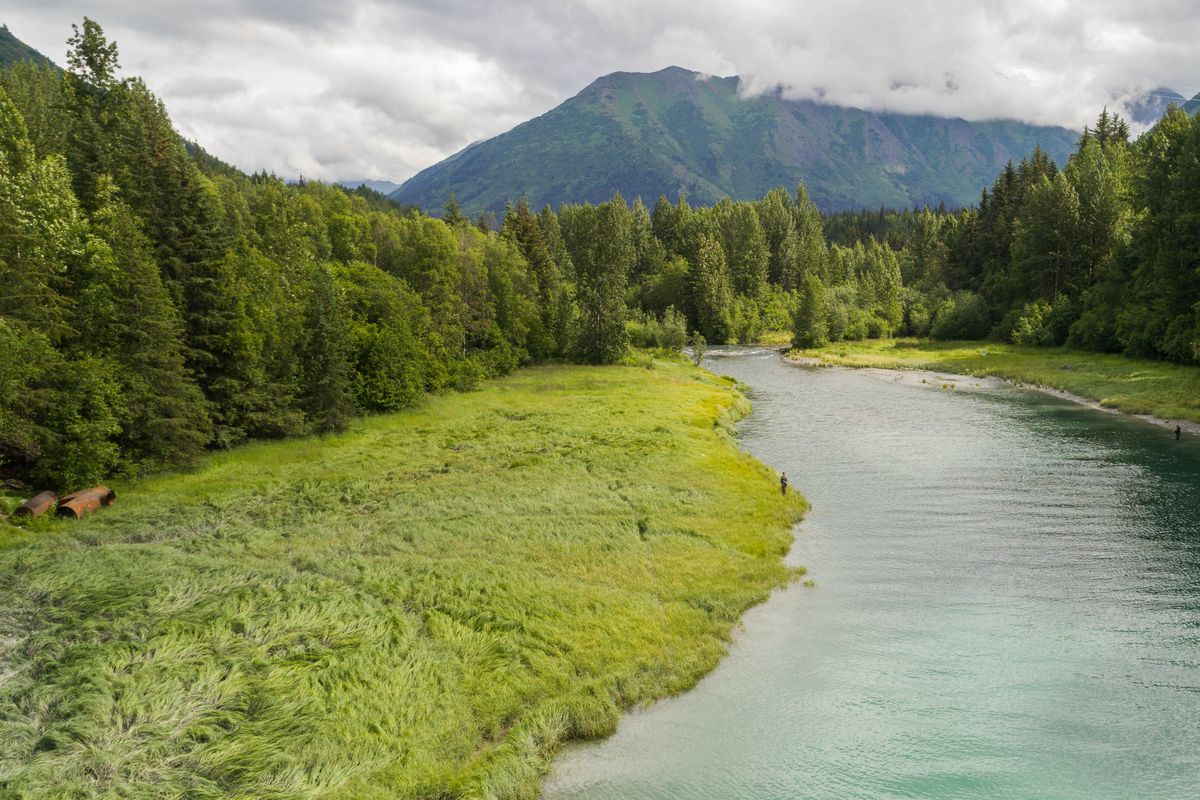 Urban anglers tasted the full spectrum of salmon fishing Friday morning, when fishing opened in both Bird and Campbell creeks, timed to the late summer return of silver salmon.

Cohos aren't the only target. Pink and chum salmon often are more numerous, and earlier this week the Alaska Department of Fish and Game extended the king salmon season in the terminal fishery of Ship Creek downtown — boosting the bag limit to two kings more than 20 inches and keeping the fishery open the rest of the month.

"I was down at Bird Creek this morning and saw a couple of fish caught, but for the most part it was pretty slow," said Jay Baumer, the Anchorage-area state fishery biologist. "One fisherman caught a king, and he immediately released it, which I was glad to see since (Bird Creek) is closed to retaining king salmon. It is definitely one of those places where people need to know how to identify their salmon."

In recent years, silver fishing at Bird Creek — a much more scenic waterway than Ship Creek — has picked up as state stocking efforts increased. Some 110,000 coho smolts were stocked there in 2011 and about 91,000 in 2014, but each of the last three years have seen more than 131,000 coho fingerlings released.

Nearly twice that many have gone to Ship Creek, an annual average of 256,000 silver smolt over the last five years.

Typically, biologists are happy if 10 percent of the released smolt survive myriad perils at sea to return to the streams where they were born or deposited.

"Extending the season and increasing the bag limit for king salmon at Ship Creek allows more opportunity for anglers to harvest king salmon, should they catch one while fishing for coho," noted Brittany Blain-Roth, Fish and Game's assistant area management biologist.

The life of a silver salmon is short: two years in freshwater, one year in saltwater. As hatchery fry become smolt, they outgrow their tanks and get pumped into larger tanks where they spend a year and a half. Once their weight reaches nearly an ounce, Fish and Game officials drive the smolt to their final destination.

In Anchorage, some go to Bird Creek, others to Ship Creek and Campbell Creek. A small run of silvers even makes its way up tiny Chester Creek that runs through an array of Anchorage neighborhoods before emptying into Westchester Lagoon.

"Coho fishing can be really good in Campbell Creek," said Ryan Ragan, a public information officer at Fish and Game, who noted "it's not uncommon to come back to work having caught a limit" during his lunch break.