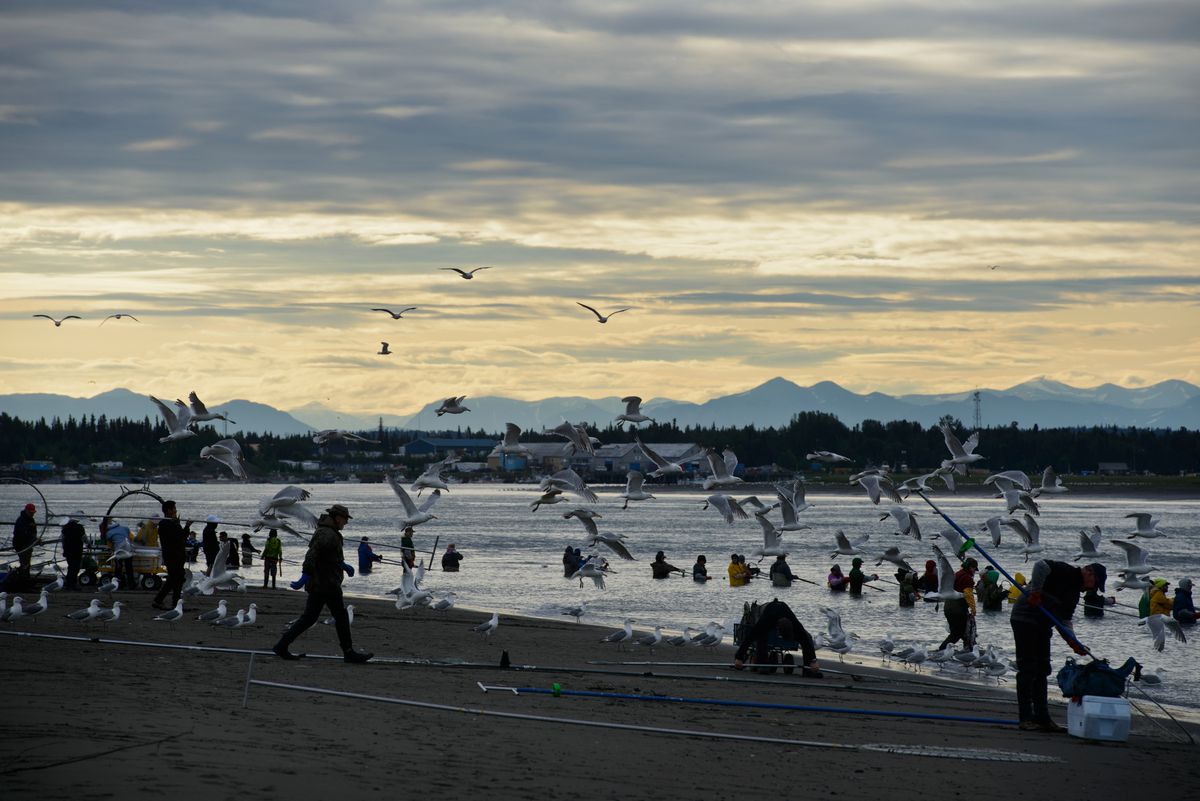 Alaskans lined the banks at the mouth of the Kenai River in Kenai for the sockeye salmon dipnet fishery on July 11, 2017. (Marc Lester / ADN)

Alaskans lined the banks at the mouth of the Kenai River in Kenai for the sockeye salmon dipnet fishery on July 11, 2017. (Marc Lester / ADN)

The popular personal-use sockeye salmon fishery at the mouth of the Kenai River will close at 12:01 a.m. Monday to ensure adequate returns into the river, the Alaska Department of Fish and Fame said Thursday. The state said it was also putting restrictions on sport and commercial fisheries.

The dipnet fishery had been scheduled to end Tuesday.

"Sockeye salmon passage by the sonar at river mile 19 have been behind this season, but other indicators suggested perhaps a late run timing," Cook Inlet Management Coordinator Matt Miller said in a written statement. "An assessment of the data earlier this week indicated it may just be a weak run. Without further restrictions to sockeye salmon harvest, the goal for Kenai River sockeye salmon is not expected to be achieved."

Fish and Game noted that dipnetting for sockeye remains open at Fish Creek, in the Mat-Su, through July 31 and at the Kasilof River on the Kenai Peninsula through Aug. 7. "Dipnetters have reported success at both of these fisheries in recent days," Fish and Game said. Dipnetters can't keep king salmon caught in either fishery.

The Kenai personal-use fishery, limited to Alaska residents, has become extremely popular for residents of Southcentral Alaska in recent years as a way for families to harvest large numbers of sockeye.