A glorious evening at Ship Creek: Fishing for silver salmon in golden light 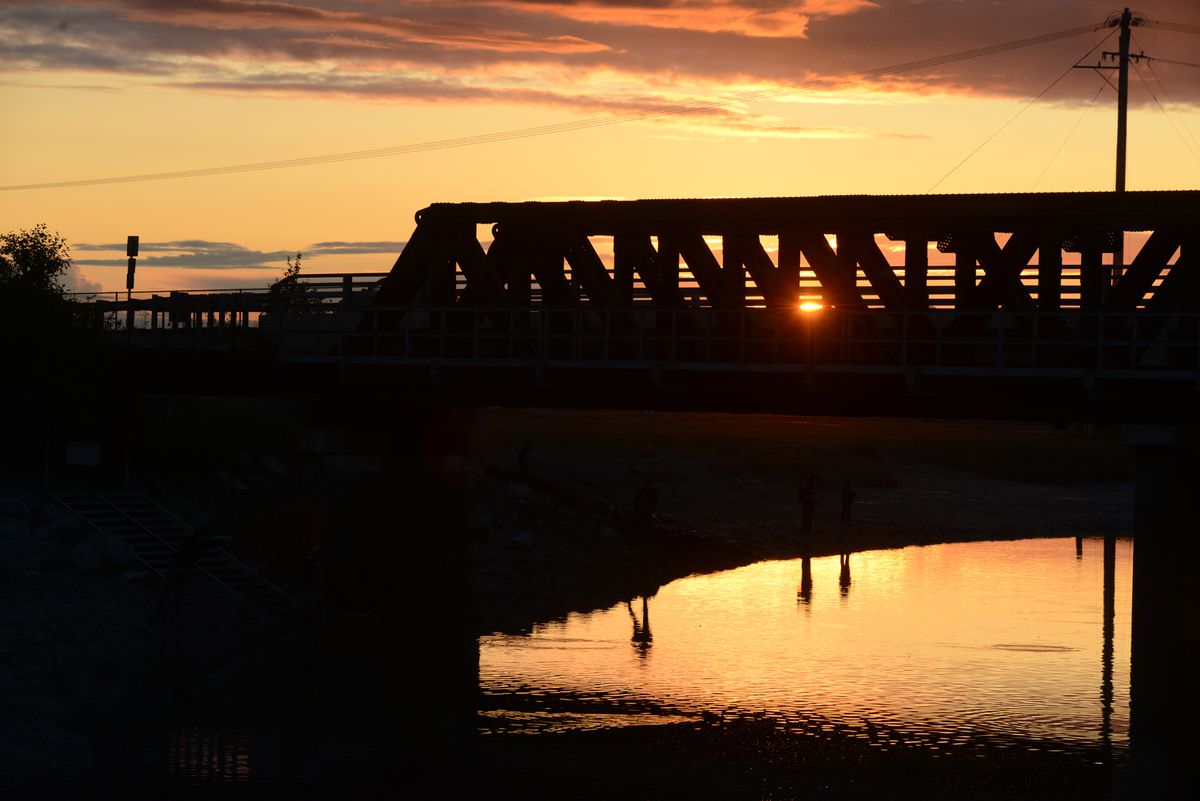 The sun dropped below a band of clouds bathing the anglers along Ship Creek in a golden light Thursday evening.

They had gathered to try their luck at catching coho salmon on the rising tide. The Alaska Department of Fish and Game had just raised the bag limit to six per day and six in possession for the popular urban fishery.

The buildings of downtown Anchorage rise over Ship Creek, the closest salmon fishery for residents of the state's largest city.

An Alaska Railroad train passed over the anglers as railroad workers moved the passenger train into its parking place for the evening.

As at most fisheries, some anglers had better luck and skill than others. Robert George was one of the people who caught multiple fish. George came away with four cohos and one red.

George said they catch a few reds every year at the creek. In the winter, George crews on a 167-foot long liner out of Dutch Harbor fishing for cod. In the summer, he spends a lot of his time sportfishing for salmon.

George said, "When I can't get out of town, I come down here. I'll be here every day during the king salmon derby."

When George does get out of town, he sometimes heads to Prince of Wales Island in Southeast Alaska, where he grew up. George said every type of salmon except for kings spawn in the island streams. For kings, they have to go offshore.

Nicholas Snow and his son Nicholas Snow fished for silver salmon next to the bridge on the road leading to the small boat launch.

While the elder Snow steadily plied the waters of the creek, the younger Snow mainly played in the mud and at one point spent a little time cleaning up the creek by pulling discarded fishing line out of the mud.

All in all, it was a glorious evening to be out in the evening light, whether you caught fish, came up emptyhanded or were just there to soak up the scene.