Russian River opens, and fishing is expected to be good 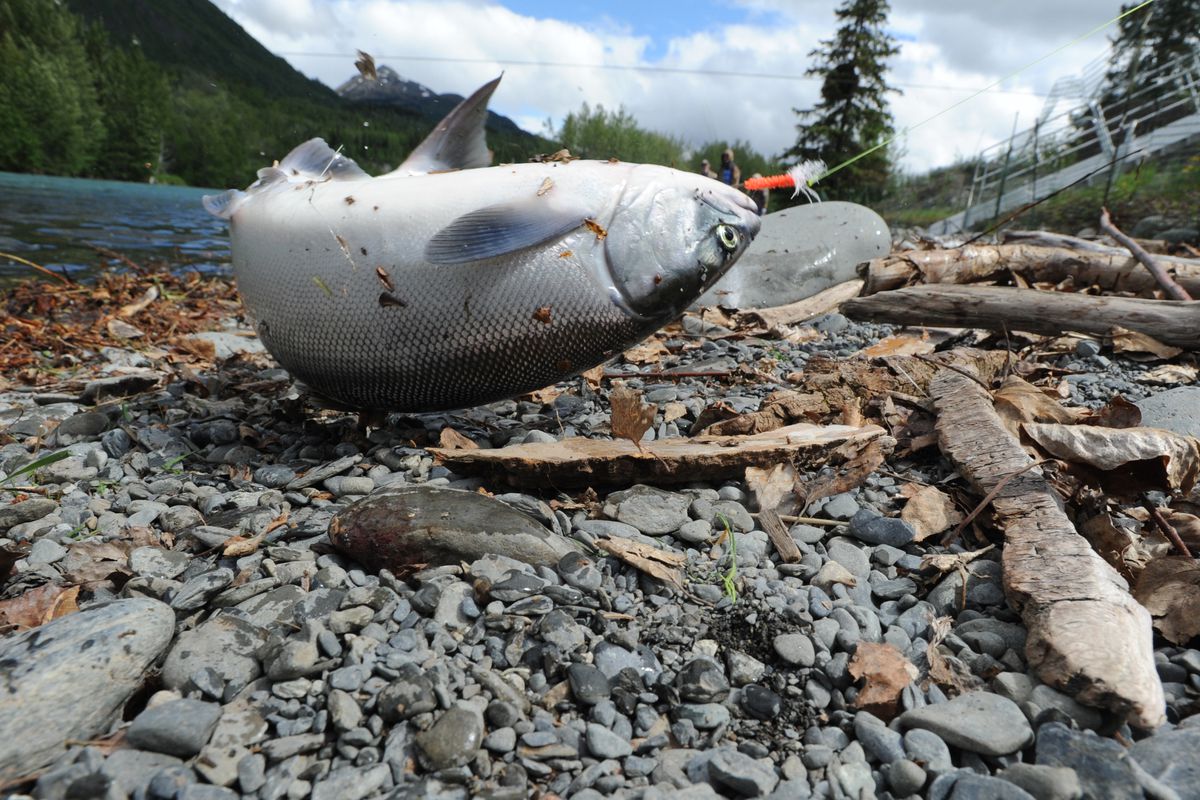 A sockeye salmon gets hauled up to shore on opening day of fishing at the Russian River Ferry crossing on the Kenai River on Sunday, June 11, 2017. (Bill Roth / ADN)

A sockeye salmon gets hauled up to shore on opening day of fishing at the Russian River Ferry crossing on the Kenai River on Sunday, June 11, 2017. (Bill Roth / ADN)

UPDATE (1:45 p.m., June 11): On Tuesday, the Alaska Department of Fish and Game announced the Russian River “sanctuary” area at the confluence of the Kenai and Russian Rivers will open to sockeye salmon fishing beginning at 8 a.m. Wednesday and remain open through July 14. Through June 9, the department said 4,700 sockeye had already passed the Russian River weir. “We haven’t seen numbers like this in several years,” said area management biologist Colton Lipka in a press release. “Sport fishing for sockeye salmon in the Russian River area will likely be good to excellent.”

One of the Alaska’s most popular roadside fisheries opens at 12:01 a.m. Tuesday and biologists say the fishing should be good.

The Upper Kenai and Russian Rivers open to salmon fishing Tuesday, although the “sanctuary” area at the confluence will remain closed until biologists are sure they’ll reach their escapement goal of 22,000 to 42,000 fish.

On Saturday, more than 2,000 fish had already been counted past Fish and Game’s weir at the outlet of Lower Russian Lake. That’s far above average for this time of year on the clear, shallow stream, where the first large numbers of fish aren’t usually counted until the second week of June.

Vania said the Kenai River sonar counter has been seeing large numbers of blips coming into the river this spring, indicating a strong run of early season sockeye.

The limit for sockeye is 3 per day and six in possession. Only unbaited single hooks are allowed. Always check current regulations at adfg.alaska.gov before hitting the water.

[Related from last summer: People on the Peninsula]