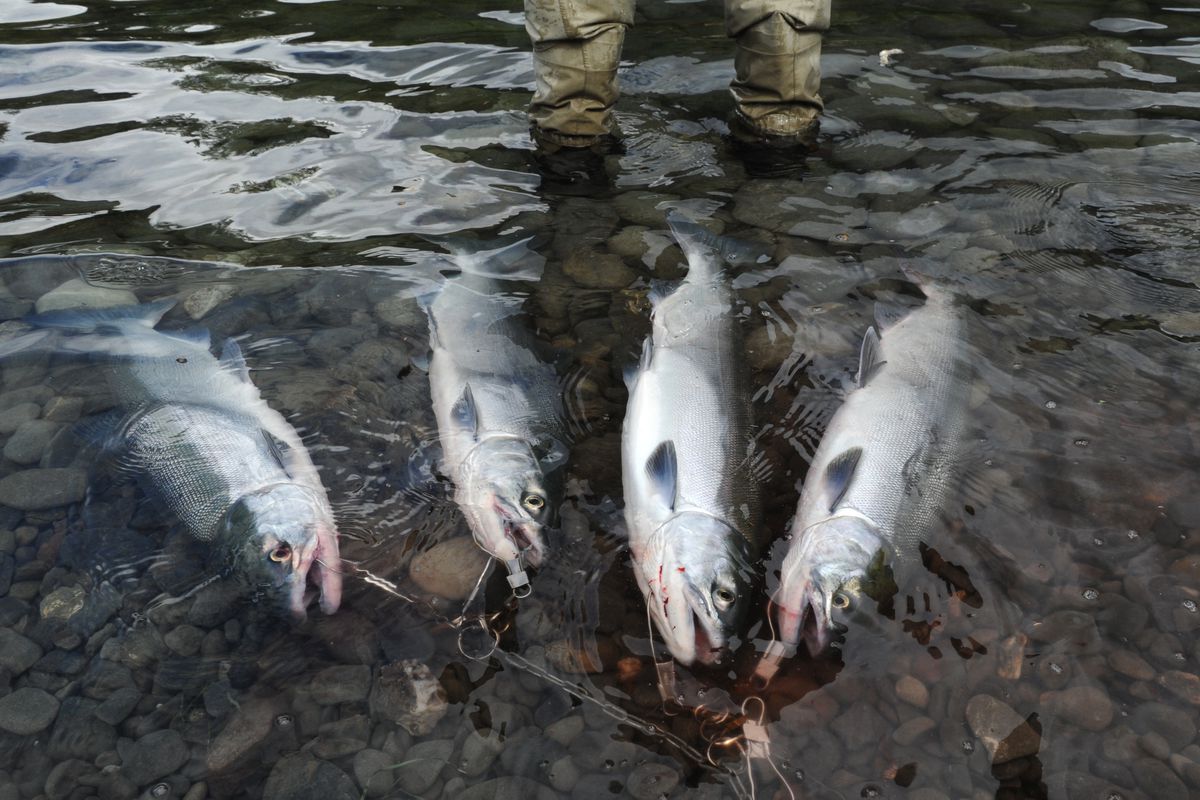 Anglers will soon be able to catch more Russian River sockeye salmon — and just in time for the weekend.

A large early return of sockeye has prompted the Alaska Department of Fish and Game to raise the bag and possession limits on the Russian River and a portion of the upper Kenai River. Starting at 12:01 a.m. Friday, anglers in those areas can catch up to six sockeye per day and be in possession of up to a dozen.

According to a statement from the department, more than 8,470 sockeye have been counted past the department’s weir near the outlet of Lower Russian Lake, and the department estimates another 5,000 fish are already making their way up the river. Biologists are confident the early run (which ends July 14) will exceed its biological escapement goal of 22,000 to 42,000 sockeye.

“It’s exciting to see the number of sockeye salmon that have passed through the Russian River weir and been observed in river,” said area management biologist Colton Lipka in the release. “Increasing the limit to six per day will allow anglers to hit the river and harvest some fresh sockeye.”

One of the state’s most popular sport fisheries, the Russian River is near Cooper Landing, about a two-hour drive south of Anchorage on the Seward and Sterling highways. The fishery opened June 11.

Regulations and emergency orders can be found at adfg.alasak.gov.