Decision to move Iditarod start to Fairbanks is criticized and praised 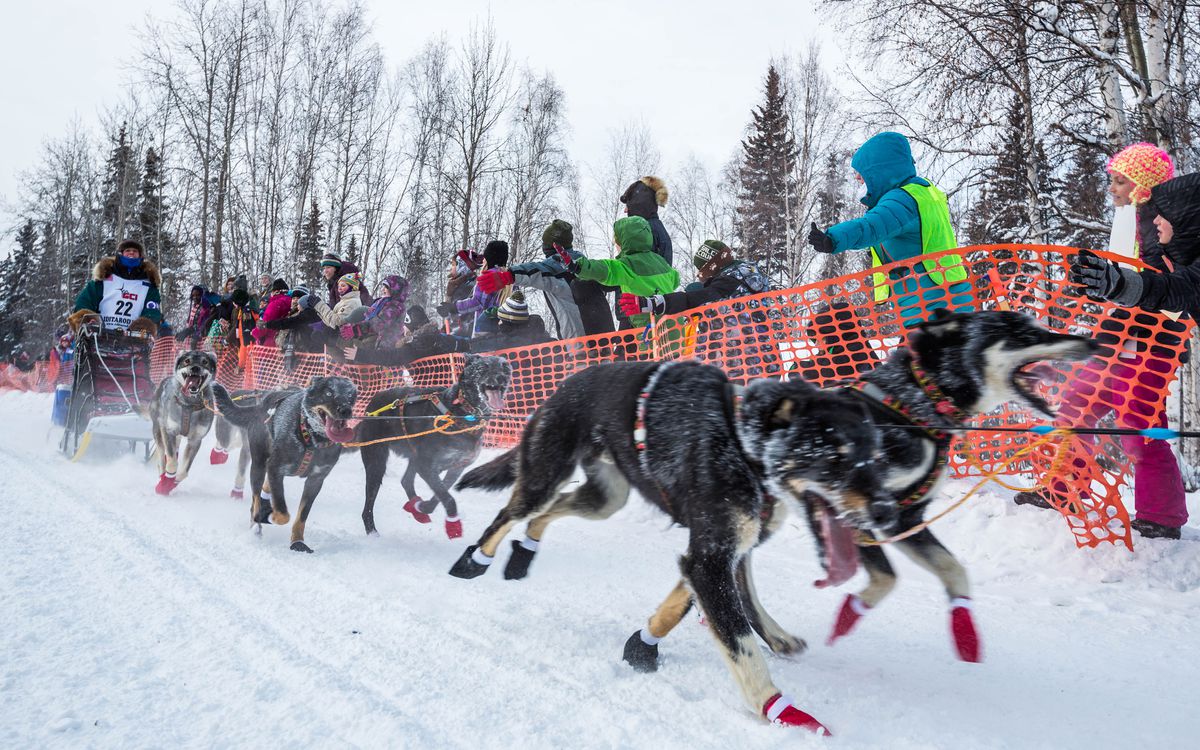 The decision on Friday to move the official start of the Iditarod Trail Sled Dog Race from Willow to Fairbanks due to safety concerns drew both ire and praise as news of the change spread.

Some Alaskans who live and work along the traditional Iditarod Trail said they felt the mystique of the rugged and wild 1,000-mile race was deflated by the decision to move. But some mushers said they appreciated the Iditarod's concern for safety and did not want to relive 2014, when a stretch of snowless, rough and rocky trail in the perilous Dalzell Gorge left them bruised, shaken and worried for their sled dogs.

Iditarod musher Pete Kaiser of Bethel said he would have preferred to take the typical route out of Willow, but only on a good snow year with safe conditions. Kaiser said he was not surprised by the decision from the Iditarod Trail Committee Board of Directors after hearing about the low snow in parts of the Alaska Range for a few weeks.

He said he supported moving the official race start to Fairbanks after his 2014 trip through the Dalzell Gorge.

"There were a lot of nerves going through there," he said. "I thought we got through it OK, but it was just one of those things that, 'OK, we made it through, let's never do it again.' "

But Steve Perrins, who owns Perrins' Rainy Pass Lodge, said Friday's decision left him "extremely disappointed." His lodge sits on Puntilla Lake at the Rainy Pass checkpoint, about 100 miles from the typical race restart in Willow. It's popular with spectators who want an up-close view of the Iditarod away from Alaska's population center.

Perrins said he spent recent days on the phone with clients who had planned vacations around the race. He said he stood to lose up to $60,000 in revenue this year due to the race's absence, but he said that wasn't what worried him.

He's worried for the other communities and small businesses that depend on the Iditarod to run through their areas and reap the economic benefits it brings with it. Perrins also concerned the race won't draw sponsorship or fans from far away anymore with its last-minute changes.

And he also laments the spirit of the race — which is about history and the risks of the rugged Alaska wilderness — was dead.

Doug Gallwas, a 54-year-old from Minnesota, had plans to watch the Iditarod ceremonial start in Anchorage and the official start in Willow with family and friends before flying to Perrins' Rainy Pass Lodge. He said he was disappointed, partially because he saw the race as an homage to the 1925 serum run when mushers and their dog teams overcame untamed obstacles to get to Nome.

"Obstacles mean no snow, too. That's the spirit of the race," he said. "What if this was the year they needed the serum and they didn't have any snow? Would they not bring the serum?"

Cindi Herman owns Skwentna Lodge at another Iditarod checkpoint less than 100 miles from Willow. She echoed many of Perrins' concerns. For her, the Iditarod is historic and meant to run up and over the Alaska Range and not along rivers out of Fairbanks to Nome, she said.

"I'm calling it the fake Iditarod this year, to go along with some of the fake news we had over the past couple of months," she said. "If they want a sprint race from Fairbanks to Nome, I personally feel they should start a new race."

What bothered her most, she said, was that community members had offered to fix up the trail in the Rainy Pass area, making it safe for mushers and dog teams. But Iditarod Race Marshal Mark Nordman said Friday there was not enough time to make the trail safe.

Herman estimated she stands to lose between $28,000 and $38,000 because the Iditarod won't run the traditional route this year.

Two-time Iditarod champion Mitch Seavey's opinion stood in stark contrast to the two lodge owners. Even if the race starts in Fairbanks "it's absolutely the Iditarod," he said. Seavey's father, Dan, ran in the first Iditarod in 1973. Race officials should do "what makes the most sense," Mitch Seavey said.

"The gorge without snow is like saying, 'Why don't you mush down the Yukon when it isn't frozen. Aren't you tough?' It's ridiculous," Seavey said. "Iditarod mushers don't really have to defend themselves about being wilderness people. That's sort of absurd."

Seavey said his top priorities were to not kill himself or injure his dogs.

He said he emerged from his trip through the Dalzell Gorge in 2014 with a broken leg, a crushed kneecap and bruised ribs.

He wasn't the only one battered and bruised. Numerous mushers ended their race early after a harrowing run through the gorge that year, including DeeDee Jonrowe of Willow, who lost her team three times, and required assistance to walk them out. There was no snow to catch the sled brakes.

Musher Wade Marrs said one of the differences between sled dog racing in the 1970s and today is speed. He contrasted the larger dogs of yesteryear pulling long sleds with heavy loads to the more current built-for-speed teams and lightweight gear, which are harder to control in snowless, rocky conditions.

"Whenever you're running a dog team completely out of control and you can't slow them down and you can't stop them if a tangle happens or you lose your team, that's very dangerous for the dogs," the Willow musher said. "Definitely on the top of our lists is keeping our dogs safe."

The Iditarod ceremonial start will remain in Anchorage on March 4, and the official start is set for March 6 in Fairbanks.

The trail out of Fairbanks can be a slightly gentler course along the flat rivers of the Interior. It tends to yield a fast race, but not without woes, including brutal cold and gusty winds.

The Iditarod last started out of Fairbanks in 2015 and during that race Jonrowe said she suffered the harshest frostbite of her three-decade Iditarod career.

Kaiser said he believed the weather would ultimately determine whether or not the trail out of Fairbanks was tougher than the traditional route.

"If it's 10 above and sunny and a beautiful trail, than it should be fairly smooth sailing," he said. "But it's different if it's 40 below and blowing."