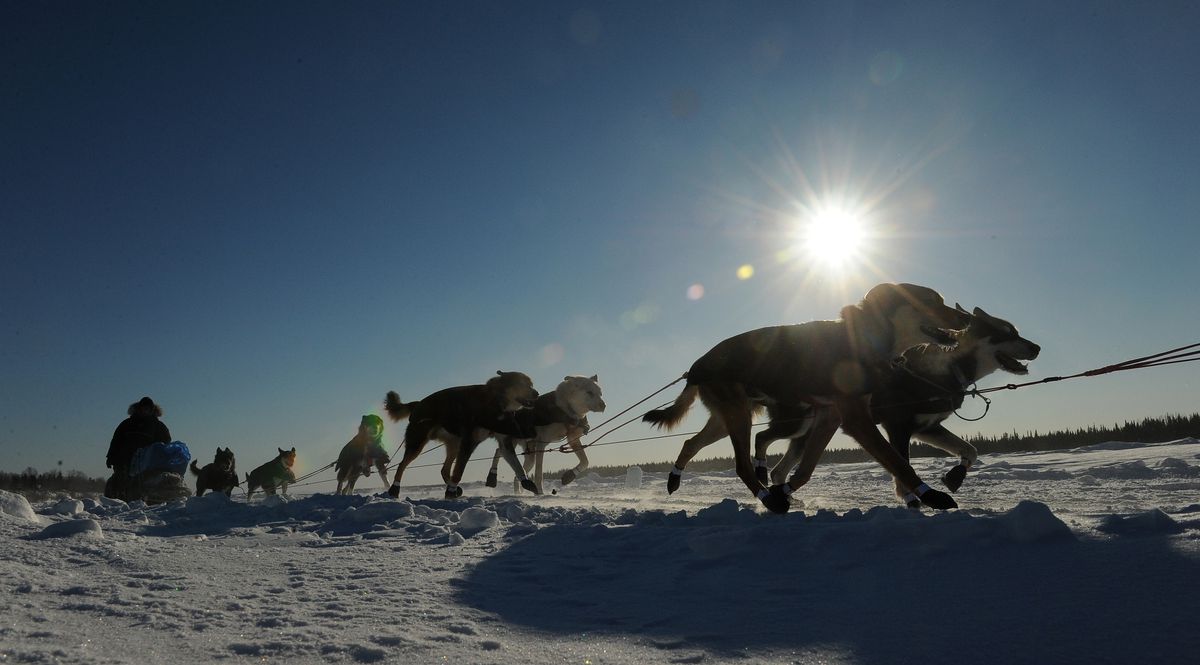 TANANA — So far during this year's Iditarod Trail Sled Dog Race mushers and their sled dog teams have traveled through some brutal cold, with temperatures dropping to minus 40, even minus 50 at night.

It's not the first time the 1,000-mile race has seen temperatures this low, but it's a significant departure from last year's relatively warm Iditarod — well, warm for winter in Alaska.

When it gets cold like this year, we wondered if mushers had any tips for staying cozy as their sled dogs trotted across Interior Alaska. Here's what seven of them said:

Allen Moore, of Two Rivers, sings. "It's funny, but I probably sing more Christmas songs than anything. I have no idea why," said the veteran musher and husband to three-time runner-up Aliy Zirkle. "The dogs get perky when you're singing 'Jingle Bells' and so, as long as they're perky, I'm going with it."

Moore said he will also dance along to his self-made music and push his ski pole off the ground to help the dog team move forward. "Sing and dance and ski pole," he said. "How could you not be warm?"

Monica Zappa, of Kasilof, said she stomps her feet as fast as she can. She will also kick her foot against the trail or do squats on the back of the sled. "You have to keep moving," she said.

Ryan Redington, of Wasilla, wears mittens made of skunk fur.

Well, at least, he would like to be wearing those mittens. Redington said in Tanana on Tuesday night that he left the mitts, made by his wife, on a drying rack earlier on the trail. Redington hoped to get the mittens back. He said he likes them because they're warm and easy to identify in a pile of gear.

"It was a rookie mistake," said Redington, the grandson of Iditarod co-founder Joe Redington Sr. He was left Tuesday with a thin pair of gloves. "When my fingers get cold I stick them on my belly or in my pockets," he said.

Joe Carson, of McGrath, drinks plenty of water — at least half of his body weight in ounces per day. "That's an absolute minimum," he said. "When you get cold it's because you haven't hydrated."

He keeps water bottles in his insulated coveralls so they don't freeze. "If you keep it warm, you'll be amazed how you crave it."

‘Fur on the inside’

She said she "wanted the golden answer" when it came to staying warm, so she asked women living in Alaska's coastal villages, exposed to bitter-cold winds. She said they told her, "fur on the inside. And it works great."

Kristy Berington, of Wasilla, said she makes sure to immediately get out new hand warmers when the pair she's using starts to lose heat.

"So you don't have that window of 'I don't have hand warmers,' " she said. "Those little comforts go a long way."

Nicolas Petit, of Girdwood, takes the opposite approach to Zappa. When he gets really cold, he tries to not move much on the sled. He doesn't want to sweat, worried about hypothermia.

"The most important thing, and it might sound funny, is don't work hard. Take your time," he said. "Pace yourself so you don't break a sweat."