When it comes to Iditarod trios, no one tops the Redingtons 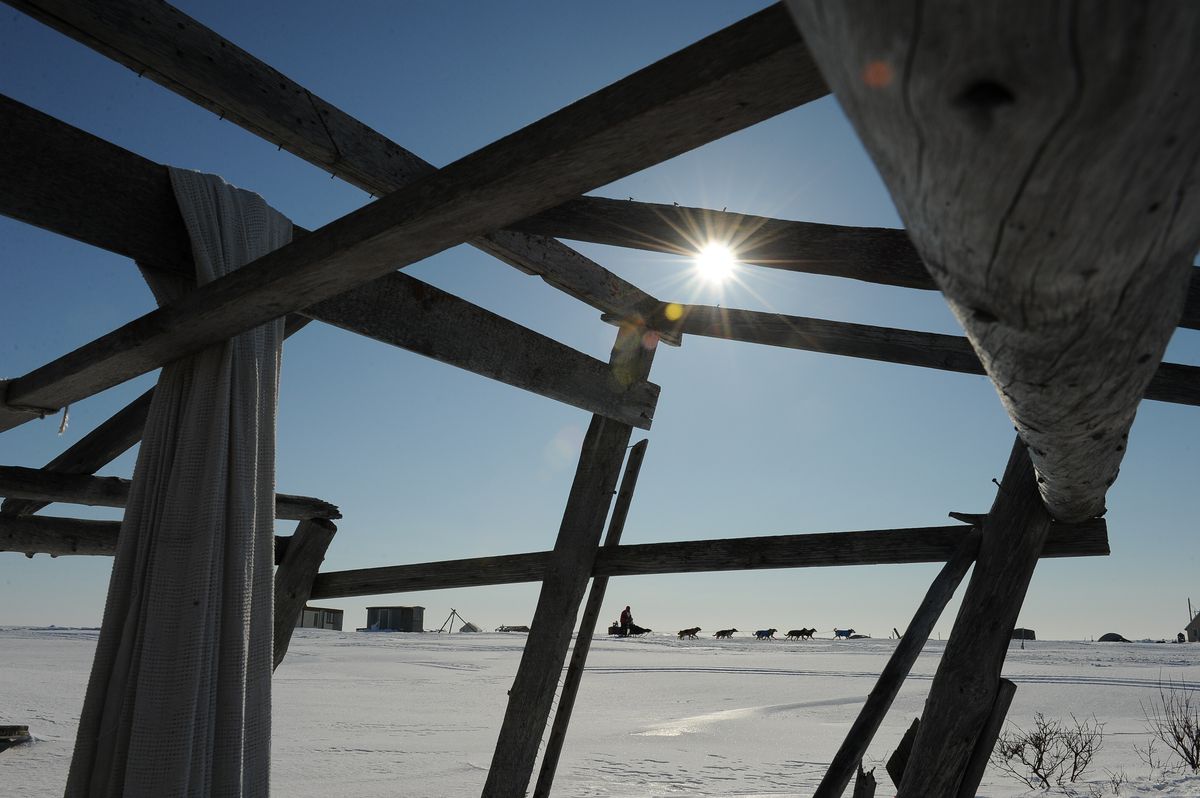 Ryan Redington passes by a fish-drying rack at a fish camp outside of Nome on Wednesday. (Bob Hallinen / Alaska Dispatch News)

Ryan Redington passes by a fish-drying rack at a fish camp outside of Nome on Wednesday. (Bob Hallinen / Alaska Dispatch News)

The Seavey family has notched an incredible array of accomplishments on the Iditarod Trail over the last decade. Either Mitch or Dallas has won the last six races to Nome — with the other Seavey coming in second the last three years. They keep shattering the Iditarod speed record, too.

But there's one place where Alaska's other first family of sled dog racing, the Redingtons, still tops the Seaveys.

The only other time that happened was in 1974, the second Iditarod. Race founder Joe Redington Sr., Joee Redington and Raymie Redington all finished in the top 12. Raymie is the father of this year's top-25 Redington trio.

In 45 years of Iditarod racing, three members of the same family have reached Front Street in the same race just 10 times.

Surprisingly, perhaps, the year where the Seaveys had their best prospect was 2005 when Mitch and Tyrell Seavey both finished in the top 20, but Dallas, the future four-time champion, guided a puppy team to 51st in his first Iditarod.

Race fans know the 45th Iditarod was fast, with Mitch Seavey reaching the finish line in 8 days, 3 hours, 40 minutes. How fast is that?

Well, in five of the 45 Iditarods contested so far, it took the winner at least twice as long to reach finish line. Those slower champions include some of the best-known Iditarod racers.

A makeshift memorial for the five Iditarod dogs that died this year has been erected in downtown Anchorage.

Frozen flower bouquets and several notecards lined a statue of Balto located at the corner of Fourth Avenue and D Street. One handwritten, neon green card reads, "Sorry we raced you to death."

The statue marks the starting line of both the Iditarod and Fur Rendezvous Open World Championship sled dog races.

People for the Ethical Treatment of Animals shared a picture of the memorial and condemned the dog deaths Thursday. The national group is a longtime opponent of the race.

"Dogs deserve far better than being forced to run to their deaths," PETA vice president Colleen O'Brien said in an emailed statement Thursday. "While the human winner of this deadly race gets a trophy, the dogs get an icy grave. Enough is enough: The Iditarod must end."