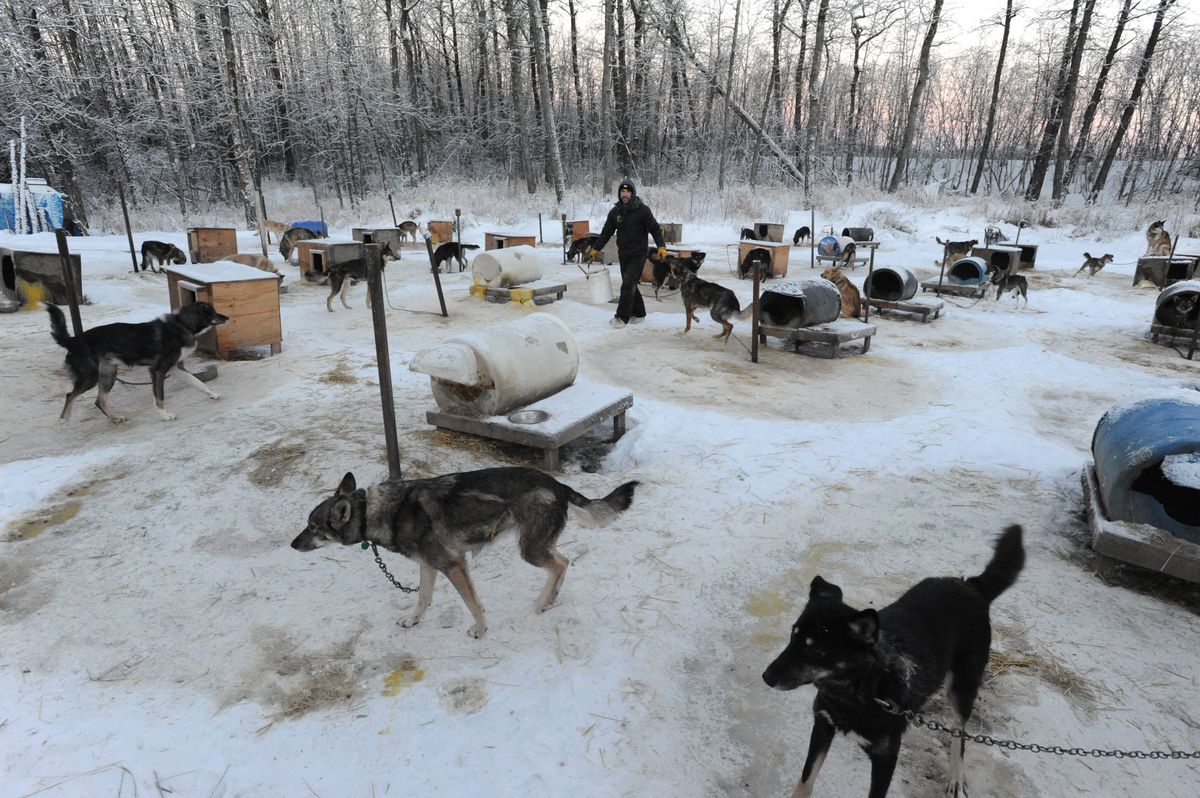 MACLAREN RIVER — The Iditarod and the sled dog industry have been under intense scrutiny from anti-sled dog racing organizations recently.

Sensationalism fuels the criticism. A recent documentary highlighting some very questionable practices at one of Alaska's larger kennels has given some of the anti-groups new life.

The Iditarod Sled Dog Committee is not blameless. Mishandling of dropped dogs during this year's race heightened the controversy surrounding Alaska's state sport.

While the sled dog industry is not problem-free by any stretch, most kennels are very good. Sled dogs are trained, fed and handled far better than the average house pet.

People get up in arms about sled dogs being tethered, but tethered dogs get to interact with each other. Dogs kept in kennels do not. Kennels are jail cells. Groups of dogs kept in yards without constant monitoring have a high likelihood of fight injuries or even deaths.

Life in an airline kennel

No doubt, how animals are kept is a source of controversy. But first, we should take a look at what is considered the normal life of many house pets.

The owner puts his dog in an airline kennel and goes to work. Some owners get to come home at lunch. They let the dog out for a few minutes then head back to work.

The lucky dog gets a 15-minute walk on a leash after work — much like a prisoner getting his time in the exercise yard.

The poor sled dog has to run. Keeping a sled dog from running is the same as stopping a Labrador from chasing sticks. Or kicking the Yorkie off your lap. Or preventing the Aussie from herding. Common sense dictates otherwise.

The Iditarod lost five dogs this year. They can do better, and they have in other years.

I've been a dog musher for decades, entering an array of Alaska races and twice winning the Yukon Quest International Sled Dog Race from Whitehorse to Fairbanks. My wife, Zoya DeNure, finished 57th in this year's Iditarod, the seventh time she's started the race to Nome. Between us, we've entered 23 races of 1,000 miles — and more than 100 races of at least 200 miles — without a dog death.

By comparison, 25,000 dogs landed in Minneapolis/St. Paul shelters this past year and 1,300 were euthanized, according to the Humane Society of Minnesota. Additionally, there are 150 rescue shelters within 25 miles of the city. Some are no-kill, some are not.

Minneapolis has a large hunting dog population in the surrounding area. According to Last Hope Animal Rescue, which adopts out 1,500 to 2,000 dogs annually, many hunting dogs are given up when their perceived usefulness has passed.

The problem may be even worse in southern states. North Carolina, to pick one, has a major problem with dogs used for deer hunting that are put down or sent to a shelter when they are deemed unable to serve their purpose, according to the North Carolina Humane Society.

Are Alaska kennels really that tough on sled dogs? Certainly, there are kennels that are not operated ethically.

However, experience suggests that sending dogs to adoptive homes is not measurably better. Roughly 10 percent of adopted dogs do not live one year, according to the New York and Minnesota humane societies. Another 10 to 20 percent are returned to shelters or placed on social media for re-adopting.

Alaska animal control appears to rank quite high in how they treat animals that wind up there. The Fairbanks North Star Borough shelter now only euthanizes dogs considered dangerous, dogs with terminal conditions and dogs submitted by the registered owner for euthanasia. Anchorage's Animal Care & Control Center has a similar protocol — they no longer euthanize for space reasons.

Alaska may be relatively small in terms of population, but we have a lot of dogs. A conservative estimate of the sled dog population would be 70,000 — nearly 2 percent of which start the Iditarod.

Sled dogs are not your average house pet. In terms of care and value, they are more similar to a dairy farmer's herd.

I'd guess 500 adult sled dogs a year are destroyed by their owners, and that's just an opinionated guess. If I'm off by 100 percent, it's still just a fraction of the dogs the Minneapolis/St. Paul Humane Society shelters put down annually.

Researching this has convinced me that anti-sled dog coalitions are using the highly visible Iditarod as a major funding source for their operations.

I am not suggesting that the sled dog industry is blameless. Kennel operators can do a better job managing their working dogs, and the Iditarod can't ignore the criticism of their dog handling practices.

However, as a group, we are a step or two ahead of the rest of the nation. If the Sled Dog Coalition and PETA truly are concerned about the welfare of dogs (and I believe they are), they need to take a hard look at the areas where the major problems lie.