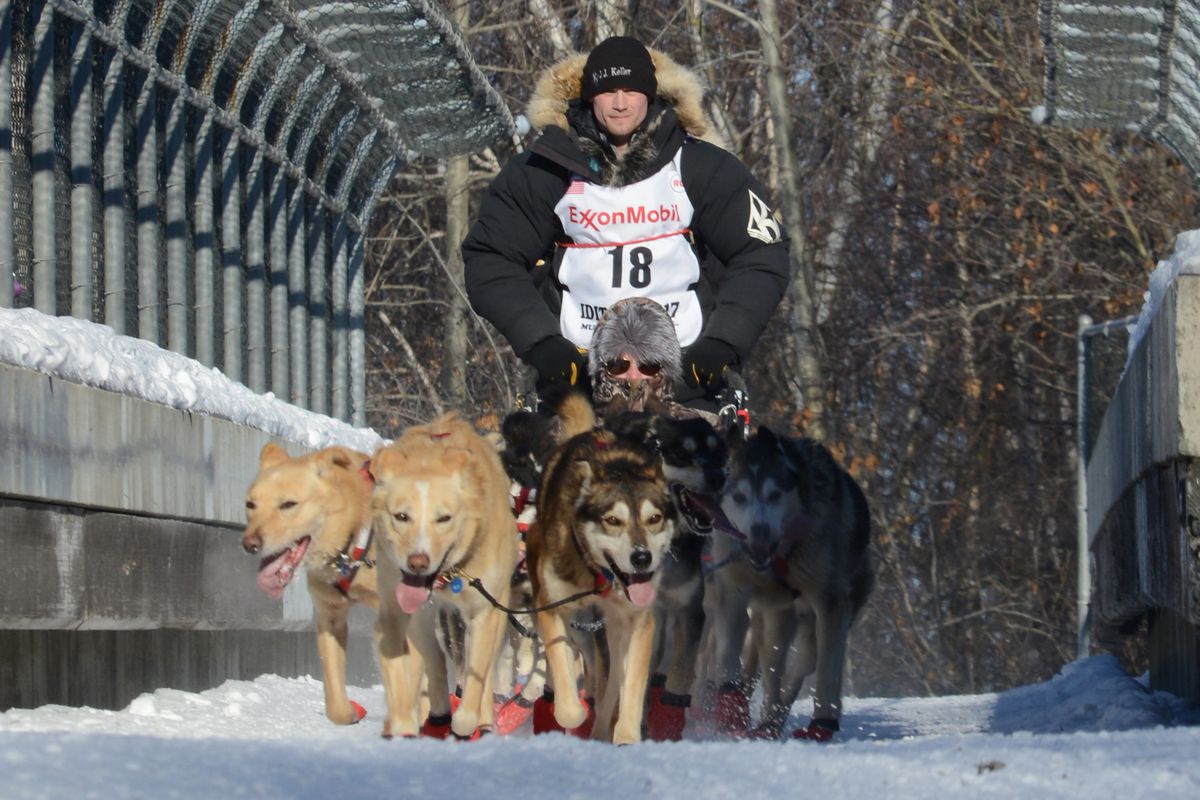 Dallas Seavey and his team travel over the Northern Lights bridge during the ceremonial start of the 2017 Iditarod. (Anne Raup / Alaska Dispatch News)

Dallas Seavey and his team travel over the Northern Lights bridge during the ceremonial start of the 2017 Iditarod. (Anne Raup / Alaska Dispatch News)

Four-time Iditarod champion Dallas Seavey wants race officials to release more details about his dogs' drug tests so he can launch his own investigation into why and how they tested positive for a prohibited drug.

"This effort isn't just to clear my name. The outcome of this is important to every musher, every dog, our fans, our sport, and our sponsors," Seavey said in a statement Friday. "This is a demand for information for public transparency and to preserve the name of a sport that is part of me, part of my family, and part of history and tradition."

Seavey said in an interview Friday that he received an email this spring with a "synopsis" of his dogs' drug tests results from the 2017 race. But, he said, the April email didn't include detailed information about the testing and analysis.

Then in October, Iditarod officials announced that sled dogs on a 2017 race team had tested positive for a prohibited drug. Two weeks after that, and amid widespread speculation, they revealed that those dogs finished in second place with Seavey — a well-known musher who notched four Iditarod wins before age 30.

Since then, Seavey has repeatedly insisted he didn't give his dogs the prohibited drug, tramadol, a prescription-only opioid painkiller. Iditarod officials have said they can't prove who gave the drug to the dogs and why. They haven't penalized Seavey for the positive tests.

[Confused about the Iditarod drug controversy? Here's what happened — and what we still don't know]

Seavey said he is determined to figure out what happened.

"This needs to be resolved," he said Friday. "Then we can move forward to figure out how to stop this from happening again."

Seavey said he asked the Iditarod Trail Committee on Monday for a list of documents, including all of the notes and reports about the testing and analysis of his dogs' urine samples. The samples were taken from four of Seavey's dogs about six hours after they finished the 2017 Iditarod.

The Iditarod Trail Committee said in a statement Friday that it was responding to Seavey's information requests as it received them, and would provide the musher with the most recent documents he asked for next week.

"The ITC wants to re-emphasize that it does not place blame on Dallas Seavey and will continue to not speculate on the circumstances surrounding the positive drug test of his four dogs," the statement said. "The ITC supports not only the canine athletes, but the mushers who are a part of this race, and thanks the community for its dedication and passion for the Iditarod."

In the meantime, Seavey said he has hired Singer Associates, a communications and public relations firm headquartered in San Francisco, to help him with the drug testing issue. Seavey's statement Friday was issued through the the firm.