10 ways mushers are staying awake on the trail 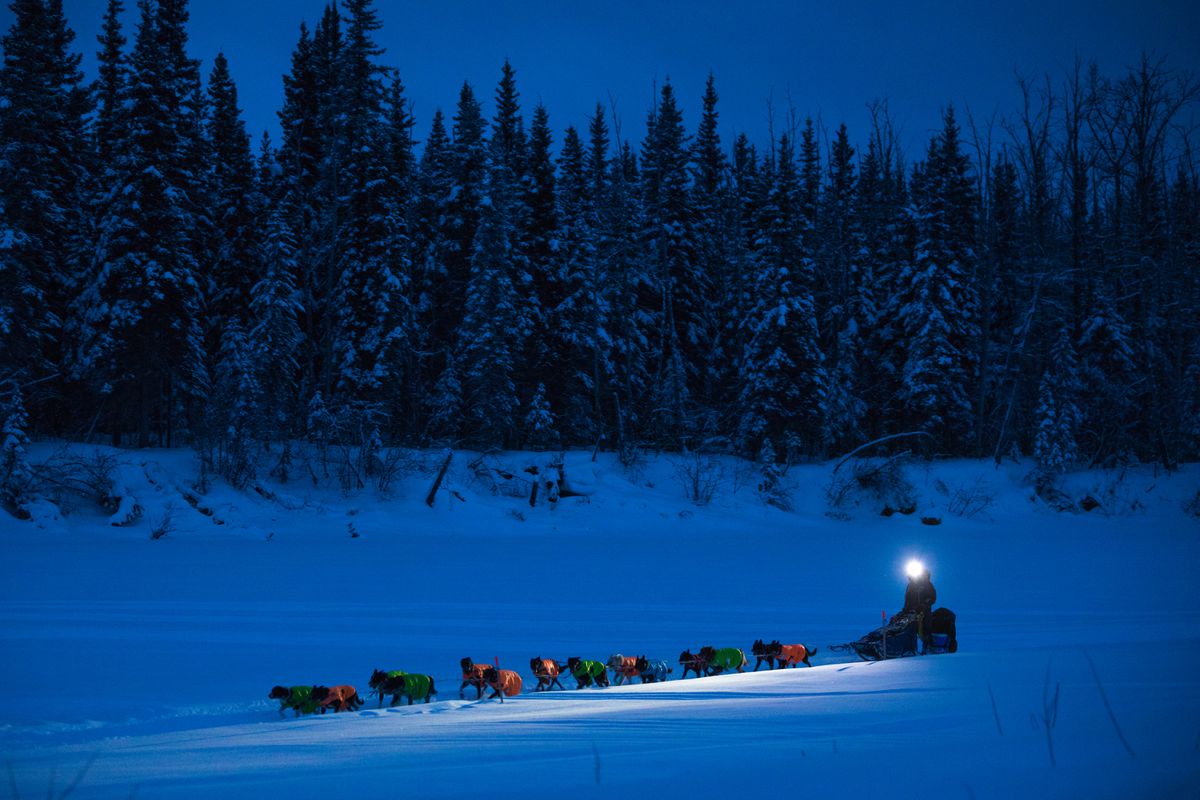 NIKOLAI — From learning Spanish to playing the harmonica to counting dog booties, Iditarod mushers have come up with creative ways to stay awake on the trail during the 1,000-mile race.

We asked groggy mushers at the Nikolai checkpoint how they keep busy and beat back sleep on hourslong stretches of remote trail.

[Photos: The beauty of the Iditarod by headlamp]

Here's what they had to say:

Cody Strathe of Fairbanks said he usually sings to his dogs. But this year, he brought musical accompaniment: a harmonica.

"I pull it out every once in a while and play for the dogs, which they seem to really like. It makes them bark and run a little bit faster," he said. What does he play? "A couple bad songs I made up."

Scott Janssen, the Anchorage musher who calls himself the "Mushin Mortician," said he counts his dogs' booties. (At the time, he had 15 dogs and 60 booties to count).

[It's 32 degrees on the Iditarod Trail, and middle-of-the-pack mushers and their dogs are getting wet]

Canadian musher Aaron Peck said he listens to music, shuffling through his entire song library, "so there's not a pattern."

He said he doesn't have one favorite song to listen to, but he does enjoy "Boléro" by Maurice Ravel.

Matthew Failor of Willow is learning Spanish. He said he downloaded Spanish lessons to his cellphone for the 2018 Iditarod. Asked what he learned by mile 263 of the trail, he very cheerfully said, "¡Qué bueno!"

When not learning Spanish to keep himself busy on long stretches of trail, Failor said, he's eating Sour Patch Kids.

(While Wiljes isn't learning a new language, she said, her dogs know a few. She was born in Prague and speaks to her team in Czech and English. Her husband speaks to the dogs in German.)

Holmes is carrying two water bottles in his sled. With temperatures in the 30s, he said, he at least didn't have to worry about the water freezing.

Noah Pereira, of New York, also said he drinks "a lot of fluids."

"Anything, just so I've got to go to the bathroom all night," he said.

7. Sing about your dogs

Brett Bruggeman, an Iditarod rookie from Montana, said he sings songs about his dogs.

"I just make them up as I go. I pick one of the dogs' names and start singing it a song," he said. "I have an awful voice, so it works out good. They run from it."

When Bruggeman isn't singing down the trail, he sometimes listens to audiobooks. He said he likes to listen to "stories of survival in extreme environments."

"That keeps you awake," he said.

Palmer musher Meredith Mapes, who is also running her first Iditarod, said she downloaded the last book in "The Lord of the Rings" series to listen to.

Iditarod rookie Andrew Nolan, from Wasilla, runs alongside his dogs.

"It's hard to fall asleep while you're running," he said. "It's short sprints and I ski pole and keep moving."

Shaynee Traska, also an Iditarod rookie, said she dances on the back of her sled runners — it's kind of like dancing on two tightropes. Well, thick tightropes.

"It's just kind of rocking," she said. "I listen to some contemporary Christian music and just as I was coming here, I was falling asleep and this really upbeat, almost like a dance Christian song, came on, so I was back there just dancing."