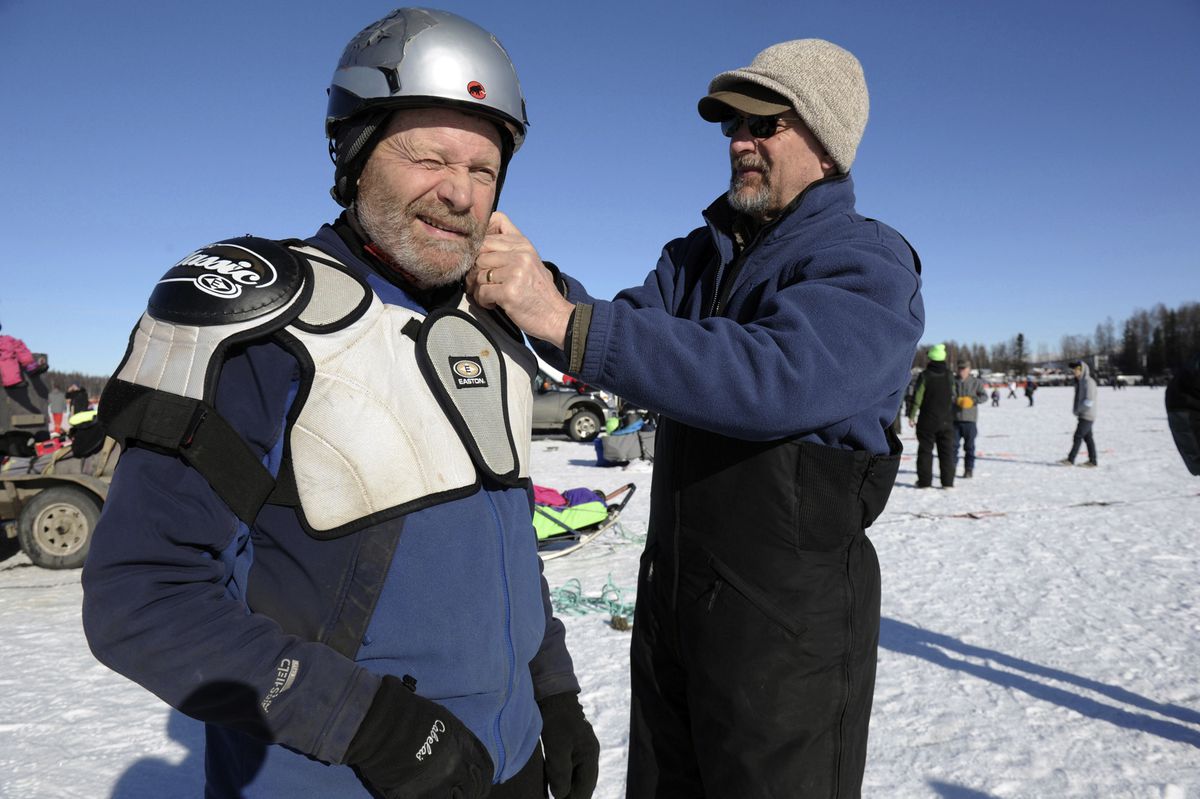 The world’s most famous sled dog race has denied entry to a 78-year-old musher for the 2020 race over dog care concerns raised by race officials, something Jim Lanier adamantly denies.

Lanier, whose first Iditarod Trail Sled Dog Race was in 1979, dropped out the last four times he started the grueling 1,000-mile race that goes over two mountain ranges, the Yukon River and along the wind-swept and icy Bering Sea coast.

In 2018, musher Scott Janssen came across Lanier late in the race and found he was stuck and starting to freeze.

Lanier says that was exaggerated. He got caught by a big wind 40 miles from the end of the race and was blown out to the Bering Sea.

"I wasn't anywhere near death, I just couldn't get myself and the team going," Lanier told The Associated Press on Friday.

Iditarod Trail Sled Dog Race chief operations officer Chas St. George told the AP in an email that the race's Qualifying Review Board examines each entrant, and the board's first priority is to ensure each musher has the ability to care for his or her team.

Lanier was informed Wednesday that his application to race next year had been denied after that review.

Lanier took 12 days to complete that 1,000-mile race, finishing 24th among the 27th mushers to reach the finish line. He disputes what he called a poor report from the Yukon Quest.

"I totally disagree with the report, particularly with the part that said the team didn't finish well," Lanier said. "I finished with nine dogs that were in terrific shape."

The Iditarod is facing pressure by animal rights groups, who say the race is cruel to dogs. People for the Ethical Treatment of Animals is the race’s biggest critic, and continues to put pressure on the race’s sponsors.

“I do understand their concerns generated by PETA,” Lanier said. “And I know that the race needs to pay attention to that and focus on care of the dogs, but I do feel ... it is probably true that I’m a bit of a scapegoat.”

[Coverage from 2018: The Iditarod gave this musher broken bones and frostbitten toes. At 77, he’s not ready to stop racing.]

Lanier was born in 1940 in Washington, D.C., and grew up in Fargo, North Dakota. He came to Anchorage in 1967 to work at the Alaska Native Medical Center.

Later, he moved to Providence Alaska Medical Center, where he had a 33-year career as a pathologist before retiring, according to his biography on his kennel's website. His wife, Anna Bondarenko, was the first Russian woman to enter and finish the Iditarod, in 2000, the website said.

St. George called Lanier an "Iditarod icon," and said he would certainly be eligible for the 2021 race after further review by race officials.

"We hope he will continue to strive for his goal of completing the Iditarod over a span of six decades," St. George said.

Lanier said he is hopeful race officials would change their minds and let him run. The race should embrace older participants, he said. He would be 79 when the race starts next March.

There are plenty of fans "who really like to see us old guys out there doing good. That should be a plus for the race, a really big plus, it seems to me," Lanier said.

“That’s exactly why I think this is a mistake on their part, and I think their concerns about dog care, while understandable, are unwarranted in my case,” he said.