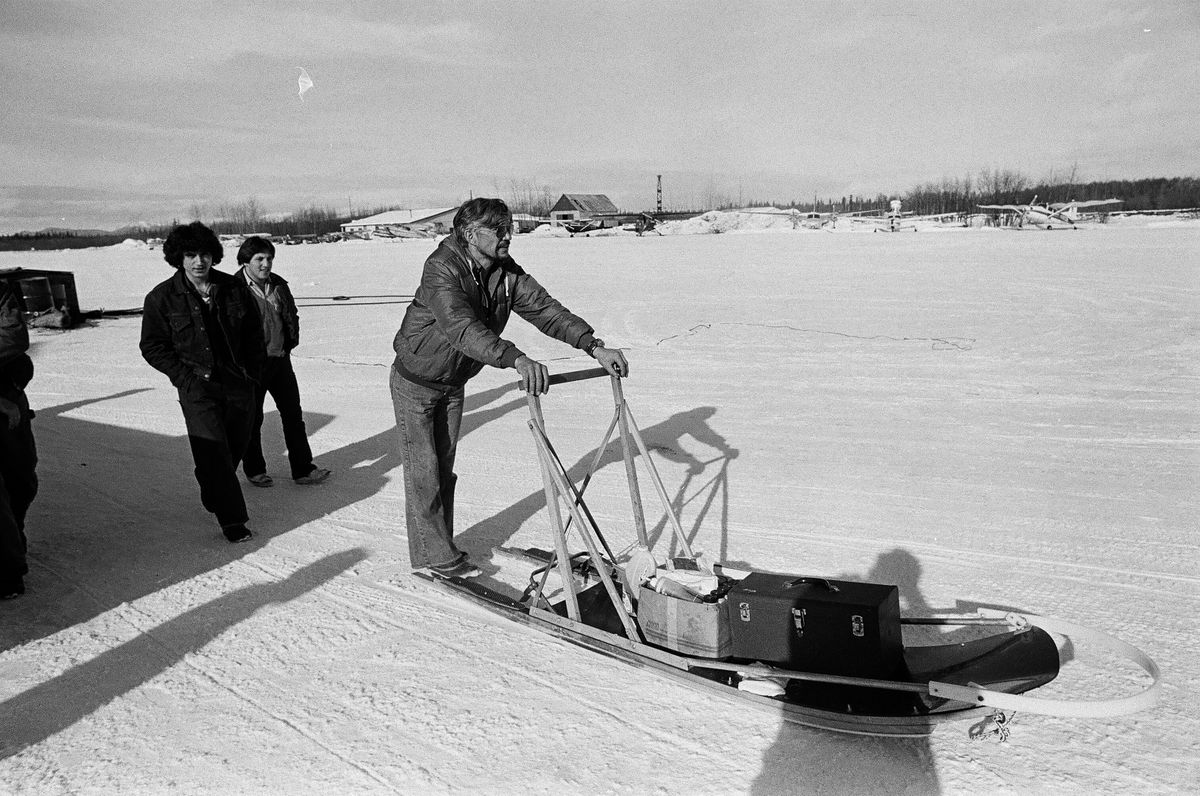 George Attla pushes a sled at the McGrath checkpoint during the 1981 Iditarod. He was on the trail in support of his son, Gary Attla, who was running that year's Iditarod. (Marc Olson / ADN archive)

George Attla pushes a sled at the McGrath checkpoint during the 1981 Iditarod. He was on the trail in support of his son, Gary Attla, who was running that year's Iditarod. (Marc Olson / ADN archive)

Another movie is coming out about George Attla, the beloved Alaska sprint musher who was immortalized in the celebrated 1979 feature film, “Spirit of the Wind.”

This one is a documentary called “Attla,” and it is slated to be shown two nights in Fairbanks and two nights in Anchorage next month before being televised nationwide on PBS in December. It will premiere Oct. 11-12 at the Bend Film Festival in Oregon.

Directed by Catharine Axley, the movie documents Attla “as he trains his grandnephew to race his team one last time,” according to the documentary’s website at attlafilm.com.

Among those who worked on the film is Evon Peter, the vice chancellor for rural, community and Native education at the University of Alaska Fairbanks and a former tribal chief at Arctic Village. Peter is the movie’s associate producer and cultural adviser.

According to a press release from the Alaskan Sled Dog & Racing Association, “Attla” will be shown Oct. 16-17 at the Regal Goldstream in Fairbanks and Oct. 24-25 at the Regal Tikahtnu in Anchorage. Sponsoring those dates are the Tanana Chiefs Conference, Doyon and UAF, according to ASDRA.

“Information on how to obtain your free ticket will be available on the ATTLA Documentary Facebook page on October 1st,” the ASDRA release said.

His story was that of an underdog who became a legend — Attla had a fused leg, the result of childhood tuberculosis, but the stiff leg didn’t keep him from outrunning the competition. He won a record 10 Fur Rendezvous Open World Championships and eight North American Open championships.

Attla died from bone cancer at age 81 at the Alaska Native Medical Center in February 2015. He had remained in Huslia through the start of that year in order to attend the village’s annual holiday races, where the field of racers included Joe Bifelt, Attla’s great-nephew who learned the sport through the Frank Attla Youth and Sled Dog Care Mushing Program. Attla helped start the program in honor of his son Frank, who died at age 21 in 2010.

The 1979 feature film “Spirit of the Wind” was a critical success and the winner of the Best Picture award at that year’s Sundance Film Festival. It was released on DVD a few years ago.

The documentary “Attla” will air Dec. 16 as part of PBS’s Independent Lens series.