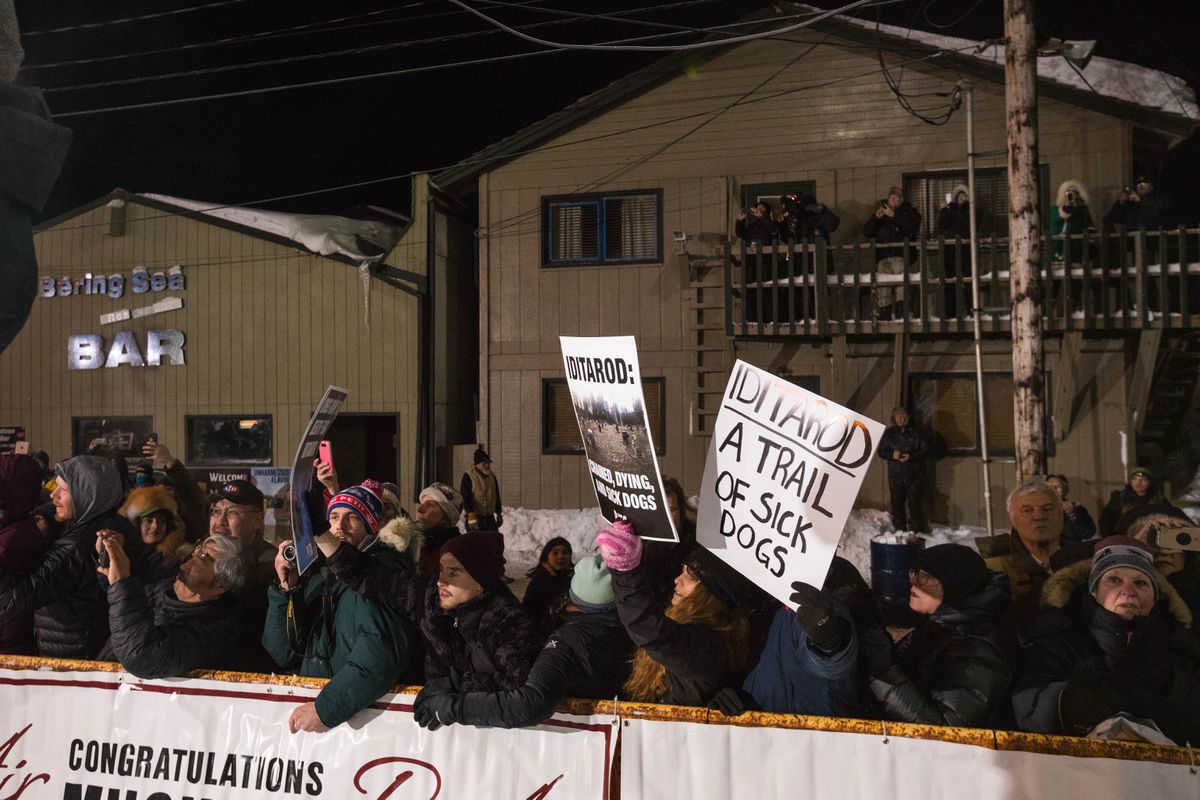 The new head of the Iditarod plans to meet with a leader of an animal welfare group that’s devoted to ending the world’s most famous sled dog race, which it sees as a cruel, deadly event for its canine participants.

Organizers of the 1,000-mile wilderness trek have for decades ignored or taken a defensive stance against People for the Ethical Treatment of Animals, said Iditarod CEO Rob Urbach, who took the helm of the organization in July.

The old response hasn’t worked, Urbach said. He has started talking to PETA about dog care and will meet Thursday with the group’s executive vice president, Tracy Reiman, in Los Angeles.

"I'm coming in with open ears and eyes, to have an objective conversation about animal welfare," Urbach said Tuesday. "If there's something we can learn from their organization, I'm willing to listen."

Reiman plans to talk about the differences between "the needs and behavior of dogs and those of humans," she said in an email to The Associated Press.

She said it will be the third time she has talked with Urbach. The Thursday meeting will be the first in person, after Urbach asked to meet.

Reiman noted that as a former CEO of USA Triathlon, Urbach knows endurance sports but not when applied to dogs.

"You can't extrapolate from human experiences in endurance racing and apply the result to dogs who are driven past their limits," she said.

The Thursday summit, as Urbach calls it, comes after a difficult time for the Iditarod that was marked in recent years by escalating pressure from animal activists over multiple dog deaths, a 2017 dog-doping scandal and the loss of big-name sponsors.

Urbach said the Iditarod and PETA both care about animal welfare, and he hopes the two can find common ground through education about the race and treatment of the dogs.

However, he said PETA has long spread "grossly inaccurate and inflammatory" information about the Iditarod, saying it ruins dogs that don't die on the trail; dogs are kept outdoors in freezing temperatures; and ones that can't make the grade are killed.

Plenty of dogs have run the race multiple times with no harm, Urbach said, noting that Iditarod dogs are outdoor animals that train daily and are at their prime in sub-zero weather.

"There might have been some culling years ago, but that's not part of the Iditarod's culture going forward," Urbach said.

Reiman said human athletes aren't chained outside in freezing weather and they get proper nutrition and hydration. Her group has documented that Iditarod dogs are "fed rotten slop" and frozen water, she said.

“We’re not opposed to a thousand-mile race, but the true test of endurance is when humans do it under their own power — as some have — and leave dogs out of it,” she wrote.

By PETA's count, more than 150 dogs have died in the race, including one this year. Five dogs connected with the 2017 race also died.

Race officials dispute the total number of deaths and say no records on the subject were kept in the Iditarod’s early years.