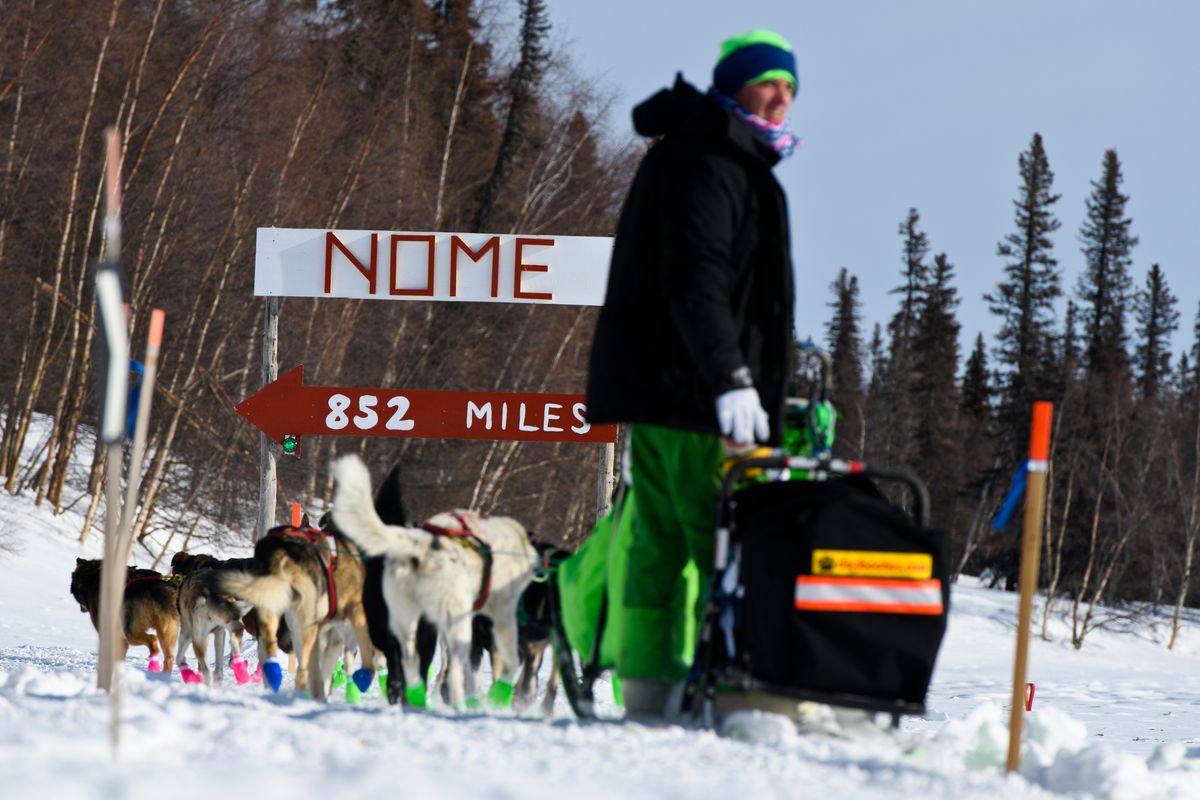 PUNTILLA LAKE — Leaving the throngs of fans behind in Willow and Anchorage, the quiet reality of the Iditarod Trail Sled Dog Race settled in as mushers stopped at some of the race’s first checkpoints on Monday.

Dogs rested beneath a cloudless sky at Puntilla Lake, which hosts the Rainy Pass checkpoint. Mushers wore sunglasses in the bright afternoon sun as they laid out straw and heated food for their dog teams.

Bethel’s Peter Kaiser, the race’s reigning champion, said that he moved to the front fast because he worried the trail would deteriorate as more dog teams crossed it.

[Photos from Monday on the Iditarod trail]

Nearby, four-time Iditarod champion Lance Mackey of Fairbanks said he wasn’t planning to be the first one out of the Rainy Pass checkpoint.

“I’ve been through this pass 16 times, I know what to expect," Mackey said of what lay ahead. That includes the rest of the climb through the Alaska Range, and a descent through the Dalzell Gorge before reaching Rohn.

Mackey said the race had been “gorgeous” for him so far though the breeze had just started to pick up at Puntilla Lake.

“But the snow stopped,” Mackey said. "It has been absolutely beautiful up to this point.”

Moments later, Nome/Nenana musher Aaron Burmeister stopped briefly to feed his dogs before taking off first out of the checkpoint, leaving behind brisk airplane and snowmachine traffic in and out of Puntilla Lake.

Larry Daugherty of Eagle River said that he’d been expecting a slower and snowier trail than what he faced.

“I think the trail was a lot better than advertised for me being at the back of the pack," Daugherty said. “It was really rough the first few hours yesterday just in terms of it being slow and deep, but (it) hardened up real nice.”

He did see a moose, a major concern of many who are on the trail this year due to snow conditions, but Daugherty said “it behaved really nicely.”

Clad in her characteristic multicolored neon, Monica Zappa said was looking forward to a burrito.

The second day of the race had a different feeling than the first, the Kasilof musher said. On the first day, there’s excitement and “everything’s perfect,” she said Monday afternoon around 4:15 p.m.

On the second day, you’re a little tired and little things start to come up with your dogs, she said.

Laura Neese ate mushroom and black olive Pizza Hut pizza from a vacuum sealed package at the Finger Lake checkpoint. The night before, Neese said she camped outside of Yentna along the river beneath a full moon and said she could hear an owl hooting nearby.

"We all slept really well, so it was just a nice start to the race,” said Neese, who’s from McMillan, Michigan.

One of her dogs, Jett, a 3-year-old female with a black coat, seemed to share her good mood, she said.

Sitting nearby, musher Nicolas Petit was feeding each of his dogs a snack. He said he’d started out slow, but was adapting by making previous stops at Yentna and Skwentna in addition to Finger Lake.

The Girdwood musher complimented a young dog named Gold who was a last minute decision to bring the day before. Petit said choosing the 14 final dogs to race is always a challenge.

“You don’t want to leave your kids at home, do you?”