Lance Mackey is giving CBD to his Iditarod sled dogs. The race’s chief vet does not approve. 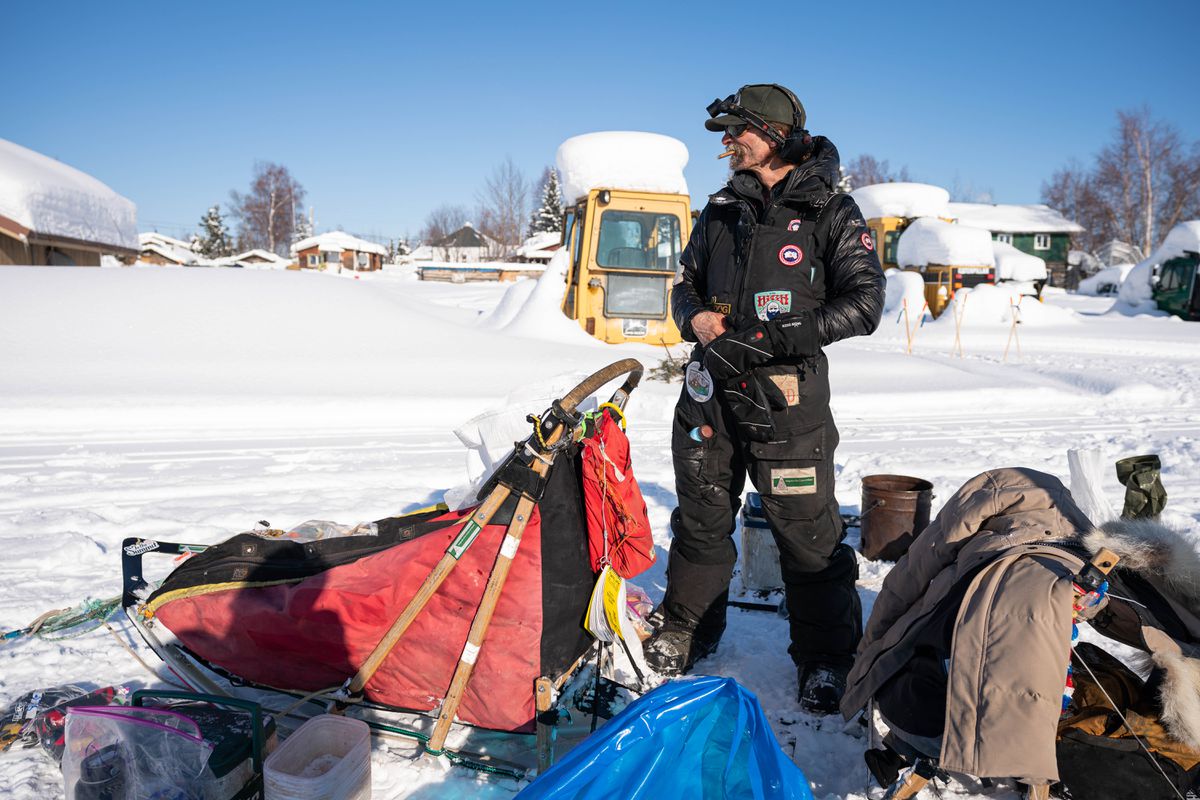 NIKOLAI — Four-time Iditarod champion Lance Mackey is augmenting his dog food with CBD, along with other more standard things like psyllium and nutritional supplements.

It helps keep the dogs going during the 1,000-mile race, he said.

“Watch here in about an hour, I’ll come here and feed them and they’ll stand up and start screaming," Mackey said Tuesday afternoon in Nikolai. "Their recovery time is impressive.”

CBD, short for cannabidiol, is a non-psychoactive chemical compound derived from the cannabis plant. It can be produced from the hemp plant and is federally legal. In recent years, CBD supplements have been increasingly used for humans and pets for relaxation and pain relief.

Mackey said he started using CBD right before the 2019 Iditarod. However, race officials have not endorsed such use.

Mackey said the Iditarod’s head veterinarian, Stuart Nelson, called him and respectfully asked that he not give his dogs CBD. Mackey said he respectfully declined to follow that request.

Mackey said since there is no rule against CBD, he’ll continue to use it. Cannabidiol is not among the hundreds of banned substances outlined in the race’s drug testing manual.

When Nelson was asked Tuesday about Mackey’s use of CBD for his dogs, he was confounded.

“So he said he was giving it?” Nelson asked a reporter.

“I don’t even want to talk about that,” he said, then walked away.

Mackey said Nelson told him there was not enough information on the product. But Mackey said he’s only heard positive things. He said he conducted his own study on nine retired sled dogs, with nine separate issues. Though it’s far from a scientific analysis, Mackey said he saw improvements in all nine dogs.

“That was enough for me,” he said.

He said he’s also seen results among his active sled dogs, including a 5-year-old female leader that once had a seizure.

“Put her on this, I haven’t even had a sign of a seizure,” he said.

The only other musher Mackey knows of who uses CBD is Dennis Kananowicz of Tolsona, a recent convert who’s also running this year’s race.

“We’re going to have every team in the Iditarod, the Quest, and every middle distance sprint dog on it before too long,” Mackey said.

Mackey said his dogs go through $100 worth of CBD tincture per day, but he doesn’t pay for it. He partnered with The High Expedition, a dispensary in Talkeetna, so he gets it for free. On Tuesday, he had a patch advertising the shop on his snow bibs.

CBD is a bargain when compared to the prices of a vet, he said.

Mackey uses a human-grade version of the product twice a day. He’s a cancer survivor who has admitted using marijuana on the trail during his championship reign, which started in 2007. Before the 2010 race, the Iditarod added marijuana to its list of banned substances for mushers — a move Mackey said at the time was pushed by racers jealous of his success. He went on to get his fourth straight Iditarod win in 2010.

Mackey helped the Talkeetna dispensary come up with the formula. The dog form is branded “PET CBD," and the bottle includes a special endorsement: “Approved by Lance Mackey.”

[From 2019: For four-time Iditarod champ Lance Mackey, there’s only one thing harder than racing: Not racing]

[From 2016: Why mushing fans support Lance Mackey, no matter what]