Meet the Dogfather, who has several pups racing in this year’s Iditarod 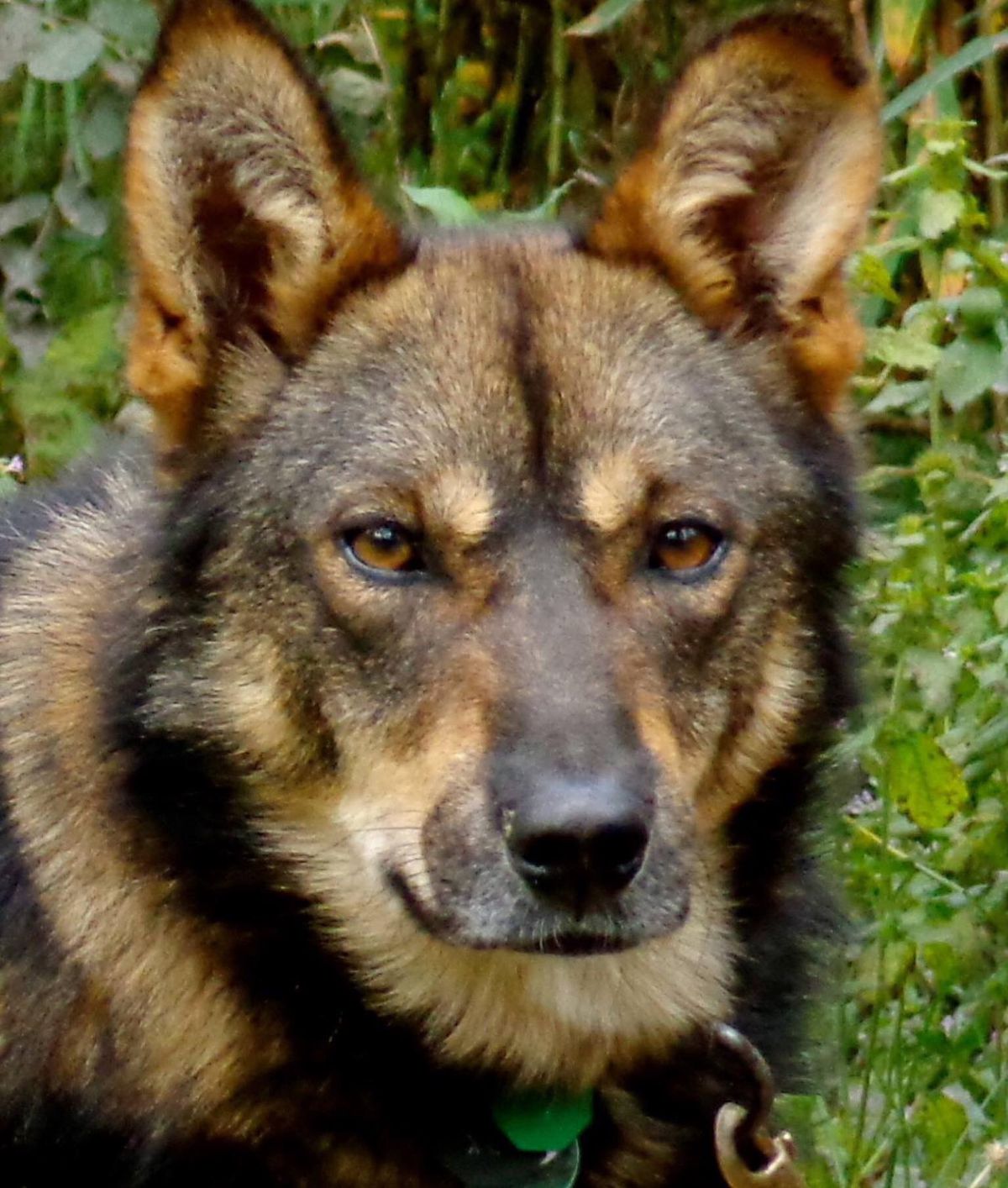 Portrait of Bison as a young dog. (Courtesy of Barb Redington)

Portrait of Bison as a young dog. (Courtesy of Barb Redington)

Raymie Redington, 75, has three children who have run the Iditarod, which is a pretty great track record. But his dog Bison, 8, definitely has him beat.

Bison is one of Alaska’s most popular stud dogs, with litters of pups in at least 12 Iditarod mushers’ kennels, including those of three former champions. Several of his pups are running in this year’s race, Redington said. How did this dashingly handsome athlete — “all heart,” as Redington called him — become mushing’s most eligible bachelor?

The answer is a combination of genes, timing, a sportwide trend toward traditionalism and a very agreeable stud.

Bison, who got his name because he resembled a baby bison as a puppy, has an auspicious heritage: his paternal grandparents won the Iditarod with Jeff King, while his maternal grandfather won four times with Lance Mackey. But it wasn’t until Nic Petit started using Bison for races, and breeding to him, that lightning struck. His dogs were reliably eager, happy, friendly and great eaters, and other mushers took notice.

Redington, whose own father helped found the Iditarod, is a lifelong student of sled dog genetics. “When I go back to all the (race) horses, there’s only a few horses that ever threw anything at all. Secretariat, they bred 450 times and never got anything worth it. That’s how it works. So I like a dog, I don’t breed to him. I breed to his dad.”

Similarly, when other mushers liked Petit’s dogs, they bred to Petit’s dogs’ dad. The only issue that came up: “Bison throws big dogs,” Redington said. “A lot of people probably don’t like that. But if you breed a small female, they ain’t monster dogs. They’re just right.”

In the 2000s, long-distance mushing trended toward what mushers call “houndier” dogs, shaped in part by Swedish sprint musher Egil Ellis and his record-breaking Scandinavian hounds, a line of sled dogs that blended the Alaskan husky with German and English shorthair pointers. But while Scandinavian Hounds are speedy and social, they’re poorly adapted to the storms and deep cold inherent to distance racing, and by the time Bison entered the stud scene, trends were swinging back toward traditional, “huskier” dogs like Redington’s.

“You don’t really see German shorthair anymore,” Redington said. “Everybody wants a husky now. The old-timers, Seppala and them guys, did everything that we tried. They know what it’s all about.”

In other words, the traditional, fluffy Alaskan huskies thrived for a reason — even if they didn’t run at the same speeds as current racers. “You gotta remember,” Redington said, “everything’s better now. Dogs ran just as well then, but we have better sleds, better harnesses, better food, better everything. The old-timers were just throwing them fish.”

Visit Bison today in Knik, and it’s clear that his pups’ success hasn’t gone to his head. He’s a big, gentle boy, about 60 pounds, with plush brown fur and expressive eyebrows and huge ears, like a wolf’s, that flop just slightly at the tips. He likes fish and back scratches, and he still pulls tourists on short trips through the woods outside the Iditarod headquarters. But — maybe it’s the power of suggestion — he seems to have a special sparkle in his eye.

How does Bison feel about being a stud? “Oh yeah,” Redington said, “he likes it.”