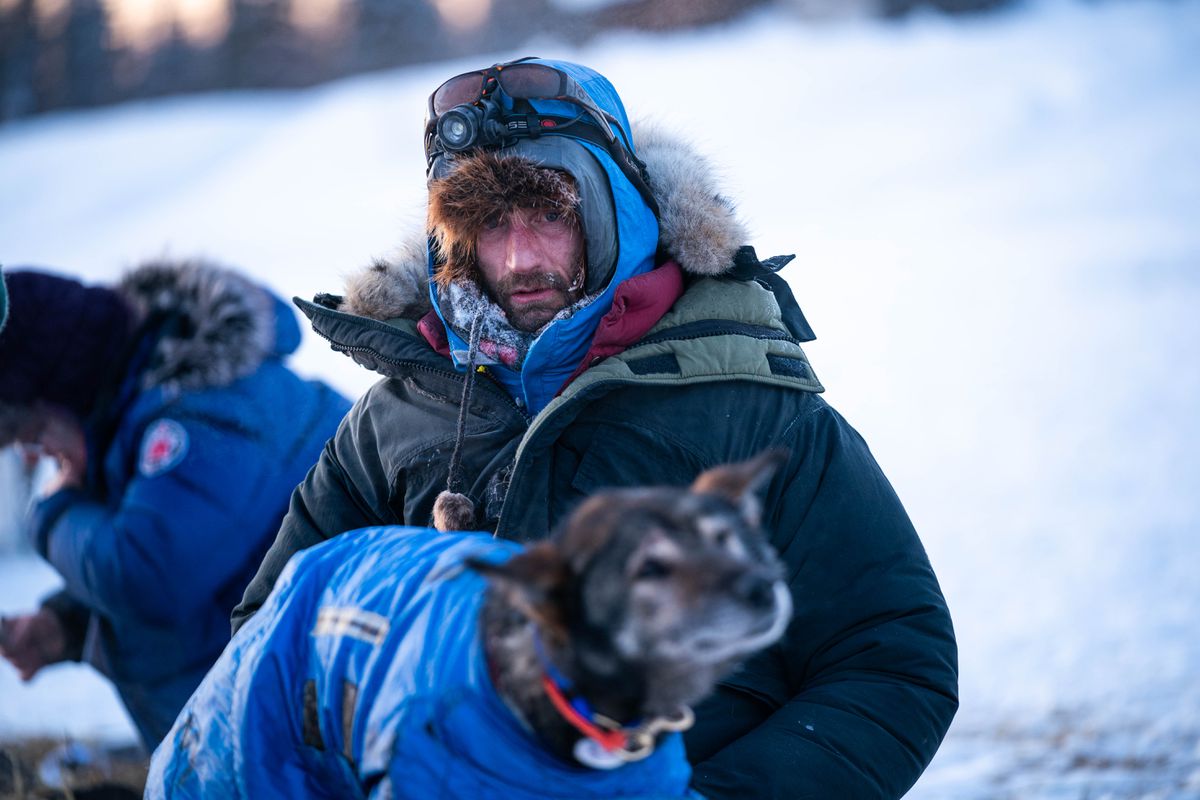 Nicolas Petit tends to his dogs after arriving in Nikolai on Tuesday, March 10, 2020 during the Iditarod Trail Sled Dog Race. (Loren Holmes / ADN)

Nicolas Petit tends to his dogs after arriving in Nikolai on Tuesday, March 10, 2020 during the Iditarod Trail Sled Dog Race. (Loren Holmes / ADN)

Nicolas Petit, who considered quitting more than a week ago, scratched from the Iditarod Trail Sled Dog Race on Thursday morning when he activated his SOS button while on the trail during a storm on the Bering Sea coast.

Petit was between Elim and White Mountain when he scratched at 5:20 a.m. — some 19 hours after he had reached Elim on Wednesday.

The Girdwood musher’s scratch was announced in a statement from the Iditarod.

“Petit, he was vacillating between staying there or moving forward,” said Chas St. George, chief operations officer for the race. “There was a storm coming in, so there were some mitigating circumstances that allowed him to come to that conclusion.”

[After a hellish day and thoughts of quitting, Nicolas Petit is back on the Iditarod Trail and mushing toward Nome]

Petit was not in contention when he scratched. Musher Thomas Waerner won the race at 12:37 a.m. Wednesday.

Petit reached Elim at 10:11 a.m. Wednesday. He stayed a little more than two hours at the checkpoint before leaving at 12:30 p.m. Wednesday, according to race standings. The GPS tracker indicated he may have returned to Elim at some point before returning to the trail again.

The race started March 8 with 57 mushers, and so far 23 have made it to Nome. Fourteen remain on the trail.

St. George did not know if Petit was on the trail when he activated his beacon or if he had gotten lost. He was located by Golovin Search and Rescue, who brought him to a shelter cabin. There, Petit called race marshal Mark Nordman by satellite phone and told him he and his team were all right, according to the statement.

Petit previously decided to scratch in Nikolai, early in the race, before changing his mind.

On March 10, three days into the race, he pulled into the village and told checkpoint workers he was going to scratch.

He’d had a hellish day, he told the Daily News, including his dogs getting sick, one attacking another and three getting mild frostbite. They also chased a bison, and Petit tipped his sled, bruising up his side.

Petit, a perennial contender to win the race, was 50th into the checkpoint, 263 miles into the roughly 1,000-mile race. By the next morning, Petit said he was feeling better and was going to continue, at least until the next checkpoint. He said he found some ointment that helped the dogs heal.

Petit took his 24-hour rest in Nikolai, far earlier than is customary. Over the next several days, he made up significant ground, pushing into the top 20.

But in the final stretch, Petit traveled up the coast during a storm warning.

“There’s a lot of ground wind that’s in the area,” St. George said. “It allows for zero visibility at most times, and it’s sporadic. You get into it, and you might be in it for a while. So getting out of it is probably the very best thing you can do in order to move forward or in order to make a decision to do something else.”

Petit was mushing with 11 of the 14 dogs he started with. On Thursday afternoon he was in Elim, St. George said, waiting to be flown either to Nome or Unalakleet before getting a flight back to Anchorage.