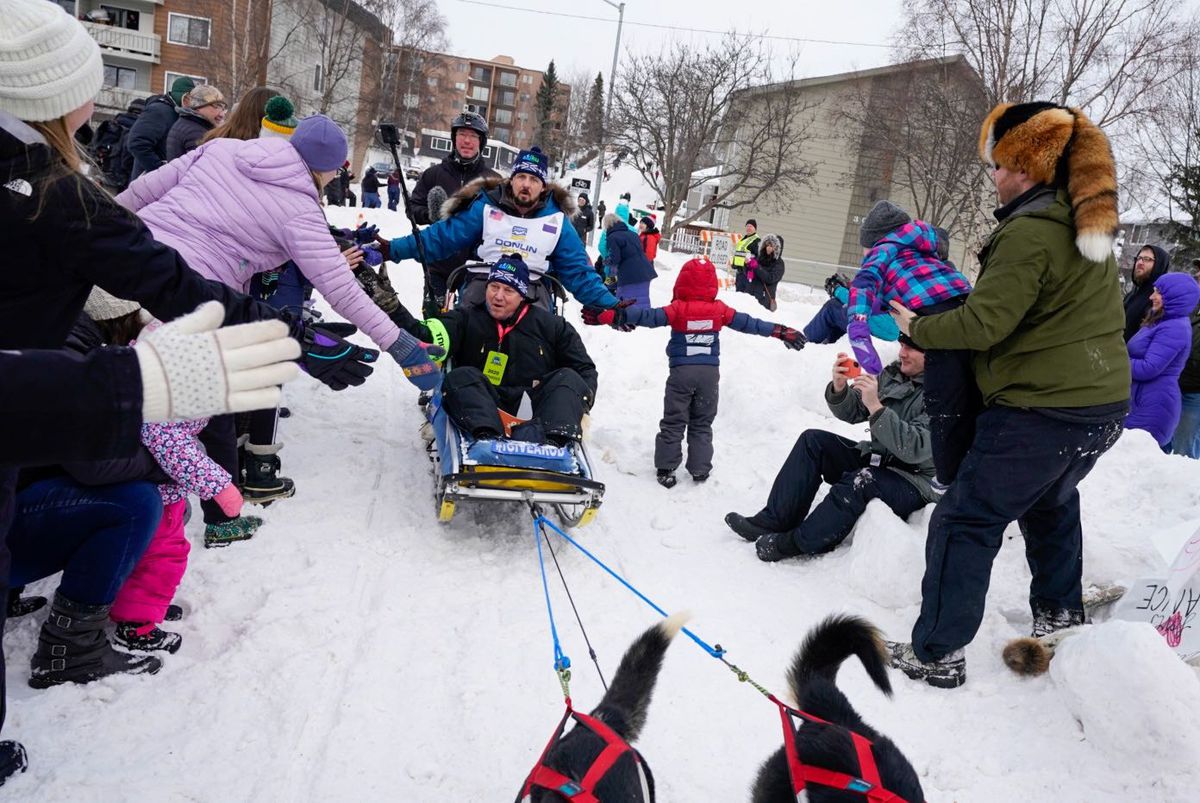 Quince Mountain, a Wisconsin rookie in the Red Lantern position, was withdrawn from the Iditarod Trail Sled Dog Race on Wednesday by race officials, who cited the race rule regarding competitiveness.

Mountain, 32, was the last musher to reach Unalakleet, arriving around 10:30 a.m. Wednesday, 10 hours after anyone else.

Mountain’s wife, Blair Braverman, said on Twitter that Iditarod officials want to close checkpoints early out of concern over the novel coronavirus, and that’s why Mountain was withdrawn. Braverman is a 2019 Iditarod finisher and a writer who is helping the Daily News cover this year’s race.

Because of increasing coronavirus precautions, the Iditarod is closing checkpoints early and has withdrawn Q from the race. They are flying his healthy team of 14 dogs back to Anchorage. It’s heartbreaking. Q told the dogs they did so well that they won Iditarod early.

Mountain still had all 14 dogs in harness. He and the dogs are in good health, the race reported.