Bookended by rookies, the Iditarod’s Elim 11 reaches Nome to mark the end of the race 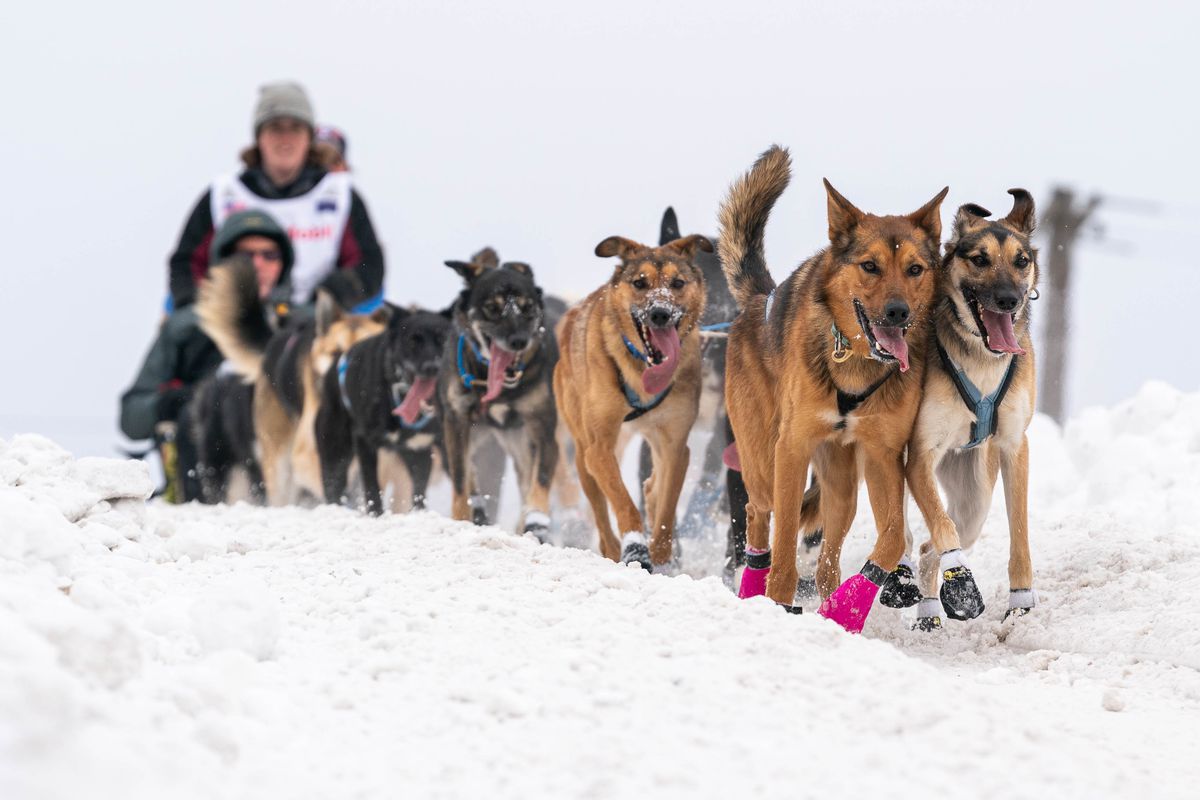 With a rookie leading the way and another bringing up the rear, the Elim 11 reached Nome on Sunday to mark the end of the 48th annual Iditarod Trail Sled Dog Race.

Willow musher Grayson Bruton, 24, was the winner of the 123-mile race-within-the-race -- the fastest of the 11 teams that left Elim together early Saturday morning after being holed up at the checkpoint anywhere from 30 to 60 hours by overflow that made travel impossible.

Willow musher Kaci Murringer, who turned 30 during the race, was the last to finish, giving her the Red Lantern award as the Iditarod’s last-place finisher.

Six members of the Elim 11 were rookies.

Buser, 61, led a parade of six teams that reached Front Street nearly one right after the other in a 58-minute span. He was followed Riley Dyche, Magnus Kaltenborn, Deke Naaktgeboren, Dennis Kananowicz and Fabio Berlusconi.

About an hour later, Monica Zappa and Laura Neese finished three minutes apart. Damon Ramaker arrived at 10:28 a.m., and Murringer put an end to the 48th annual Iditarod at 12:29 p.m.

Murringer was the 34th finisher of a race that started March 8 in Willow. She finished in 13 days, 22 hours, 29 minutes.