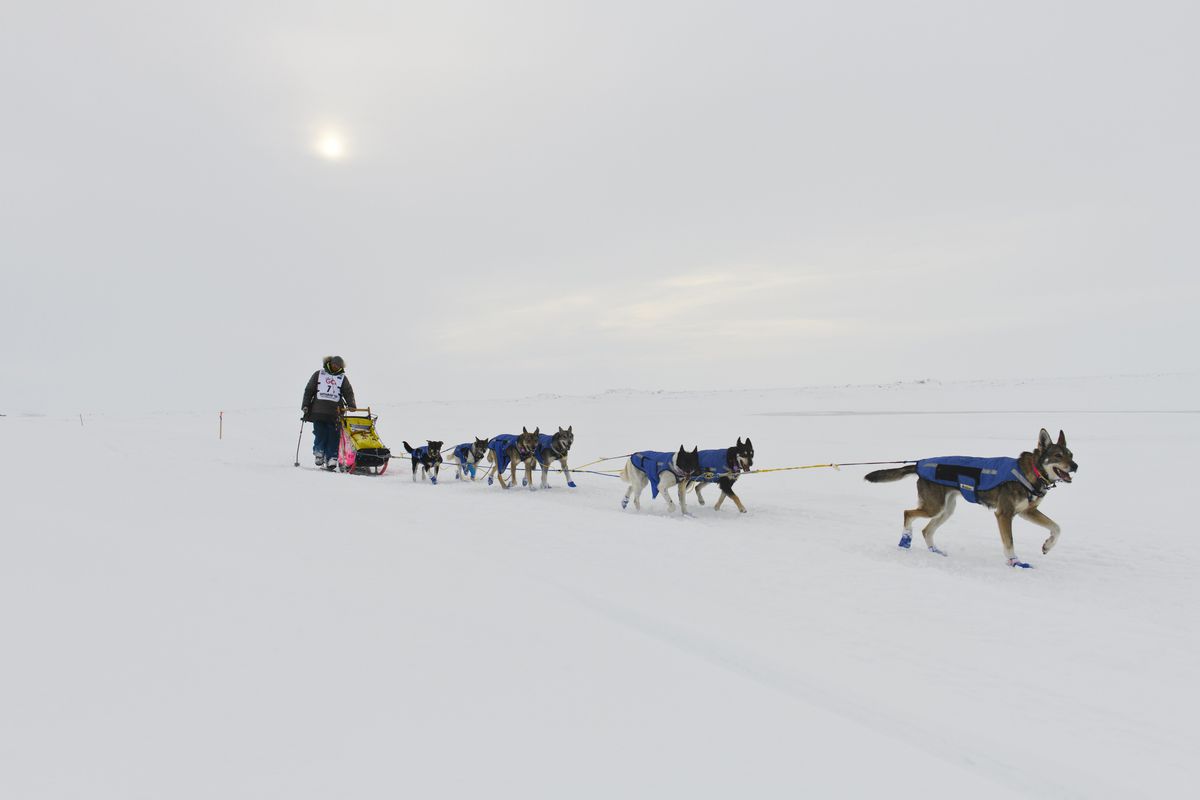 The Iditarod Trail Sled Dog Race is expected to go forward in 2021 with new safety plans and the help of an infectious disease epidemiologist, race officials announced Friday.

Race officials said Friday the plan they’re developing for the race has the goal of “zero” COVID-19 community transmission.

With the race less than six months away, Iditarod CEO Rob Urbach stressed the need to be adaptive. The race’s plan has several tiers for different scenarios, Urbach said. He said the race is prepared to go around every village on the route if needed. It would be harder and “a little more old school,” Urbach said.

“We’re just going to need, as an organization, to improvise, to be more resourceful. And frankly we’re going to need to be a whole lot tougher because that just means no one’s going inside anywhere other than a warmed-up tent,” Urbach said.

The 2020 race continued amid a cascade of other cancellations when normal daily life in mid-March ground to a halt and cases of COVID-19 began showing up nationwide. At one point, the Iditarod Trail Sled Dog Race was one of the few large sporting events still going.

Toward the end of the 2020 race, events in Unalakleet and Nome were canceled and Iditarod officials asked that people not travel to Nome for the finish. Additionally, the Bering Strait School District, which included several schools on the 2020 route, said that it would not be hosting visitors or events in the schools at the time. The remote communities the race passes through are often far from big hospitals and intensive care unit beds.

Shaktoolik set up a checkpoint outside of the village, keeping both volunteers and mushers from coming in.

For next year’s race, the Iditarod organization is working with race volunteer and infectious disease epidemiologist Dr. Jodie Guest, a professor at Emory University in Atlanta, Georgia.

Officials approached her this year and asked if she could help.

“That’s a very exciting combination of what I do for a living and a sport I’m passionate about,” Guest said in an interview Friday.

She said that this year’s conversations with communities along the race route will center around how mushers can safely travel the trail and how to protect those villages, as well as volunteers.

“Every village and every place the race goes through is going to need to make decisions that are specific to their community and what will be best for their community,” Guest said.

Guest said they’re still pursuing at lot of different options in their plan. She said they want to make sure that no one traveling to Alaska for the race has COVID-19 and that they’ll likely do additional testing after arrival, as well as daily symptom check-ins. They also want to make sure Alaska’s COVID-19 numbers are low enough at the beginning of the race.

Guest has been at the helm of Emory’s outbreak response. She’s been doing coronavirus testing among several “hard-to-reach and high prevalence” groups in Georgia, including people who work in poultry plants and among racial and ethnic minority groups, she said. She’s also been involved in testing different types of COVID-19 tests, Guest said.

Urbach said the race also has the fortune of seeing several other sports navigate the pandemic. Plus, there’s a lot that could change in terms of transmission of the virus and a possible vaccine. Ideally, he said, they’d like to test everyone if needed.

There are 61 dog teams signed up for the 2021 race, officials said.

Veteran mushers and twins Anna and Kristy Berington said by phone Friday that they were still preparing for the 2021 race as they normally would.

“We’re still doing the training the way we do, because it’s kind of a socially distant sport,” Anna said.

But she said they’re paying attention to what will happen with the smaller sled dog races that they also participate in as training, which take place before the Iditarod.

The Beringtons, who work in landscaping, said they’ve been fortunate throughout the pandemic. The two were able to find work, but the one thing they have missed out on are Alaska’s marathons, which they usually run in to stay in shape in the summer months.

Anna said she guessed that some villages might want fewer people coming in and would move the checkpoints outside of town. She said that could mean more tents and campouts.

“We’re ready for anything,” Kristy said. “Dog mushing is the kind of sport where you need to be ready to take care of yourself at any point in time during the race.”